‘Image of Victory,’ Netflix’s new Israeli war drama, revisits the capture of a kibbutz in 1948 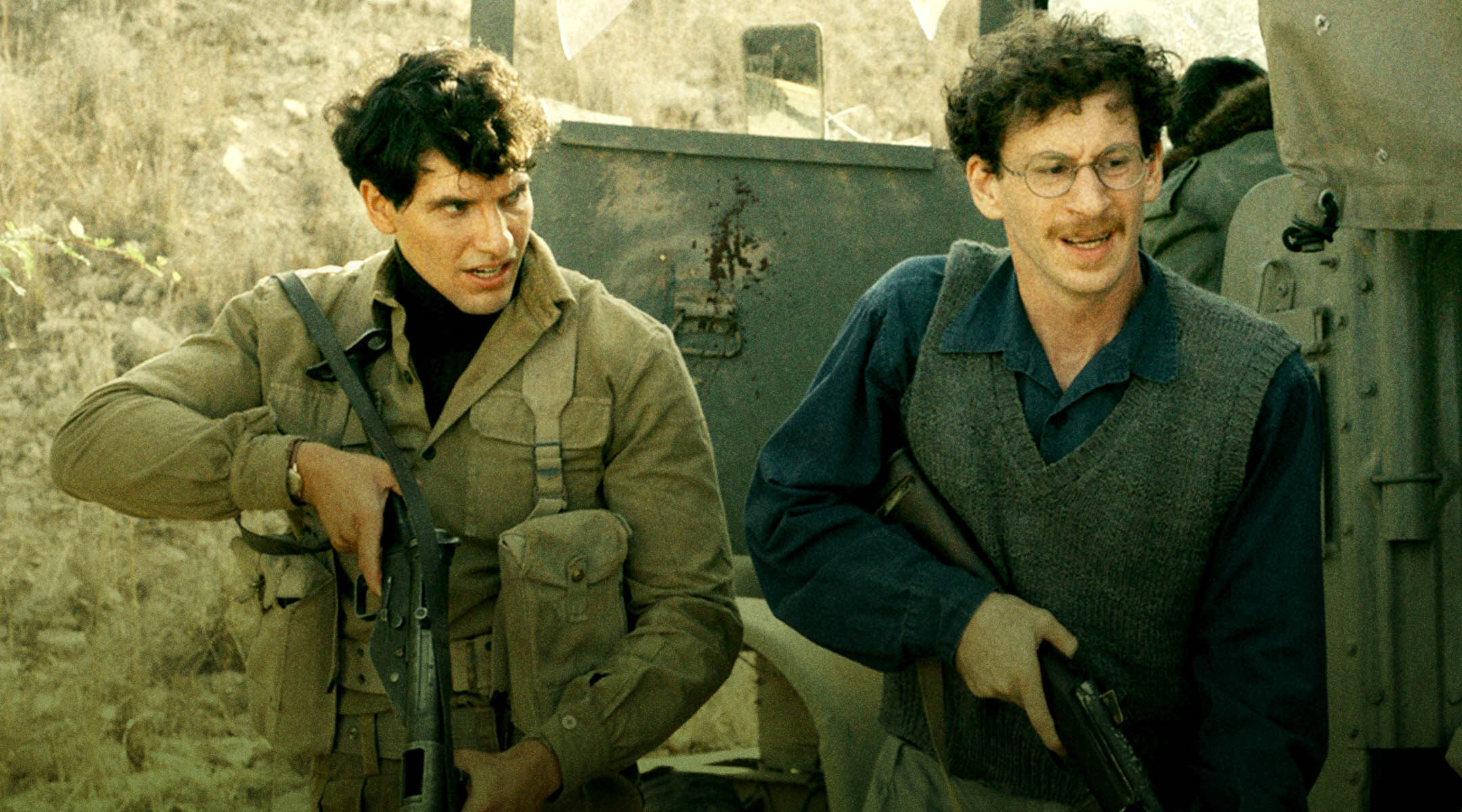 (JTA) – The story of Israel’s 1948 war for independence is told through the eyes of one kibbutz in “Image of Victory,” a new Netflix film that’s being billed as the most expensive Israeli movie ever.

Inspired by the real-life battle for control of Kibbutz Nitzanim, during which Egyptian forces overpowered the Israeli military, briefly captured the territory and took more than 100 prisoners of war, director Avi Nesher’s old-fashioned wartime melodrama is more interested in the human beings caught up in the fighting than it is in the fighting itself. It’s fitting, then, that one of the movie’s protagonists is a professed admirer of Frank Capra, Old Hollywood’s famed humanist.

On one side, the film follows the Jewish kibbutz residents who have settled in Mandatory Palestine from all over the world and the small, strapped Israel Defense Forces battalion assigned to protect them. (We meet, among others, two Spanish-speaking cousins from South America, who are based on real-life figures.) On the other side, the film follows Hassanin (Amir Khoury), an Egyptian journalist assigned by the king to make a documentary film about the army unit tasked with capturing Nitzanim.

Hassanin, who narrates the film in flashback, locks eyes with the enemy only once, at their moment of surrender. But the image he captures on camera in that moment resonates with him for decades: young kibbutznik Mira (Joy Reiger) smiling as she futilely draws a pistol against the advancing Egyptian forces. The film is inspired by the real-life figure of Mira Ben-Ari, a Nitzanim radio operator who was killed during the battle after shooting an Egyptian officer; her surprising decision to stay and fight alongside the Israeli men, against overwhelming odds, made her a martyr figure in Israel.

Scripted by Nesher, Liraz Brosh and Ehud Bleiberg (whose father was a dairy farmer in Nitzanim), much of the film details everyday life in the kibbutz. Characters tend to their dairy cows, eat communal meals, play music and train for war. Far from idealized postcards, these domestic sequences depict often harsh gender dynamics: The male soldiers regularly harass and belittle the women, who must resort to creative means (including, occasionally, sexual humiliation) to assert their own authority. The lush production design includes detailed period recreations of the kibbutz and the surrounding battlegrounds.

Throughout, both the Israeli and Egyptian characters debate the war and the politics of the era —  discussions that haven’t changed much in 75 years. One of the Nitzanim residents notes they had to push out Palestinians in order to build their kibbutz, and wonders if things might be easier if they simply returned the territory. She is swiftly rebuffed by an Israeli general, who insists that the minute they give up an inch, they’ll be back on the road to another Holocaust. And yet the fighting unsettles everyone: the first death in the film, at the hands of the Israeli soldiers, turns out to be that of an Arab child.

Of course, framing is everything, as Hassanin knows well. When the character attempts to capture small, intimate moments that will humanize his Arab fighters on film, he finds his efforts rebuffed by the king and the area commander, who only want heroic images of the Egyptian conquest and Israeli defeat.

This look at how stories are told is a meta-commentary on “Image of Victory” itself, which is also making choices about how to frame history by choosing to dramatize one of the 1948 war’s few instances of Israeli surrender, in which the IDF come across as uncharacteristically helpless and their opponents as well-organized and heavily armored. Israeli filmmakers have long been engaged in an often contentious dialogue with the public about how to depict their own country’s past and present; “Tantura,” a documentary from earlier this year, told a much harsher account of the founding of a different kibbutz in 1948.

“Image of Victory” isn’t looking to provoke its Israeli audience in quite the same way. What Nesher wants is to present a human-centric approach to war storytelling. The movie is dedicated to the victims of the battle for Nitzanim, on both sides.