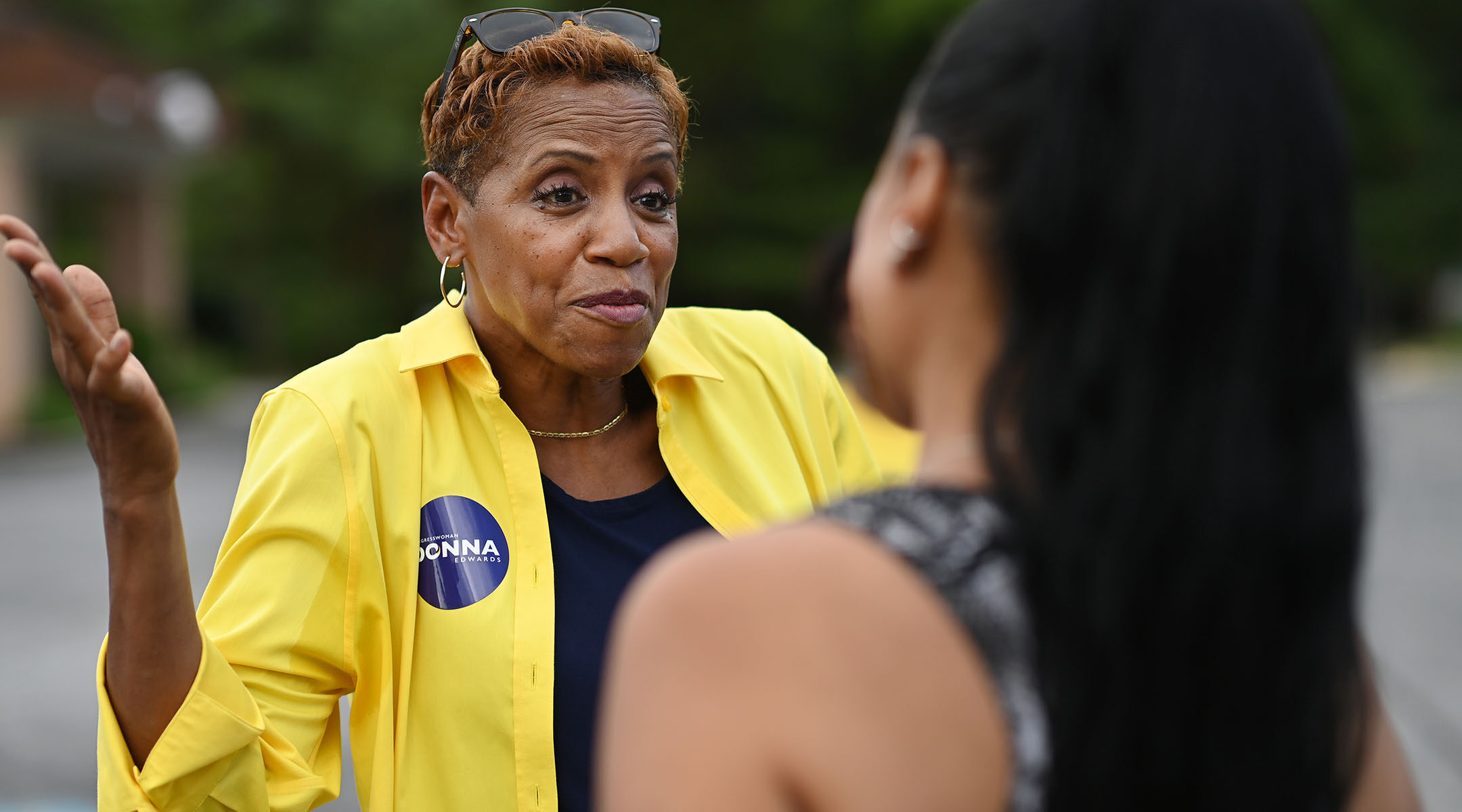 The American Israel Public Affairs Committee and its super PAC, United Democracy Project, spent nearly $6 million in its efforts to keep Edwards out of Congress — a new record in political spending for the group, which only created a political action committee to financially support candidates earlier this year. Another pro-Israel group, Democratic Majority for Israel, spent an additional $426,000.

The candidate backed by those groups, former state attorney Glenn Ivey, beat Edwards to win the primary for Maryland’s 4th Congressional district, which covers the heavily African-American Washington, D.C. suburb of Prince George’s County and is strongly favored to go Democratic in November. Ivey handily beat Edwards by 16 percentage points, with around 68% of precincts reporting, according to the Associated Press.

It was the largest yet demonstration of the powerful role pro-Israel lobbying money is playing in national political campaigns, particularly Democratic primaries. AIPAC’s PAC has spent a total of $21 million this campaign cycle, solely on Democratic primary candidates. The attack ads funded by that money do not focus on Israel issues, Haaretz reported.

Edwards’s voting record on Israel during her previous Congressional terms from 2008-2017 was worrisome enough for AIPAC to justify its record spending levels (though a spokesperson for the group told Haaretz the amount of money mostly reflected the cost of purchasing ads in the expensive D.C. market). Edwards repeatedly voted “present” on legislation and congressional resolutions involving Israel that passed easily, including one that backed Israel’s right to defend itself from Gaza rocket attacks in 2009, and a law that increased security cooperation between the United States and Israel in 2012.

She has also participated in trips to Israel and the West Bank led by J Street, a more liberal pro-Israel group.

Edwards was backed by J Street and was also defended by leading Democrats such as House Speaker Nancy Pelosi, Sen. Elizabeth Warren and Rep. Adam Schiff. J Street spent around $720,000 in Ivey attack ads, mostly going after him for accepting AIPAC’s money. Edwards also criticized Ivey on the campaign trail for courting support from “his dark-money super PAC.”

AIPAC congratulated Ivey on his victory in a statement Wednesday. “Pro-Israel activists mobilized in this race because there was a clear and unambiguous choice between a candidate who will strengthen the U.S.-Israel alliance and one who would weaken it,” the group said. AIPAC also obliquely referenced its spending in the race, saying, “Our involvement in the democratic process will continue throughout this election cycle.”

It was a repeat of previous “proxy wars” that Israel lobbying groups have fought in the same district. Ivey previously explored running against Edwards in 2009. Even then, when Edwards had little in the way of an Israel voting record, AIPAC was eyeing a way to back a more staunchly pro-Israel challenger.