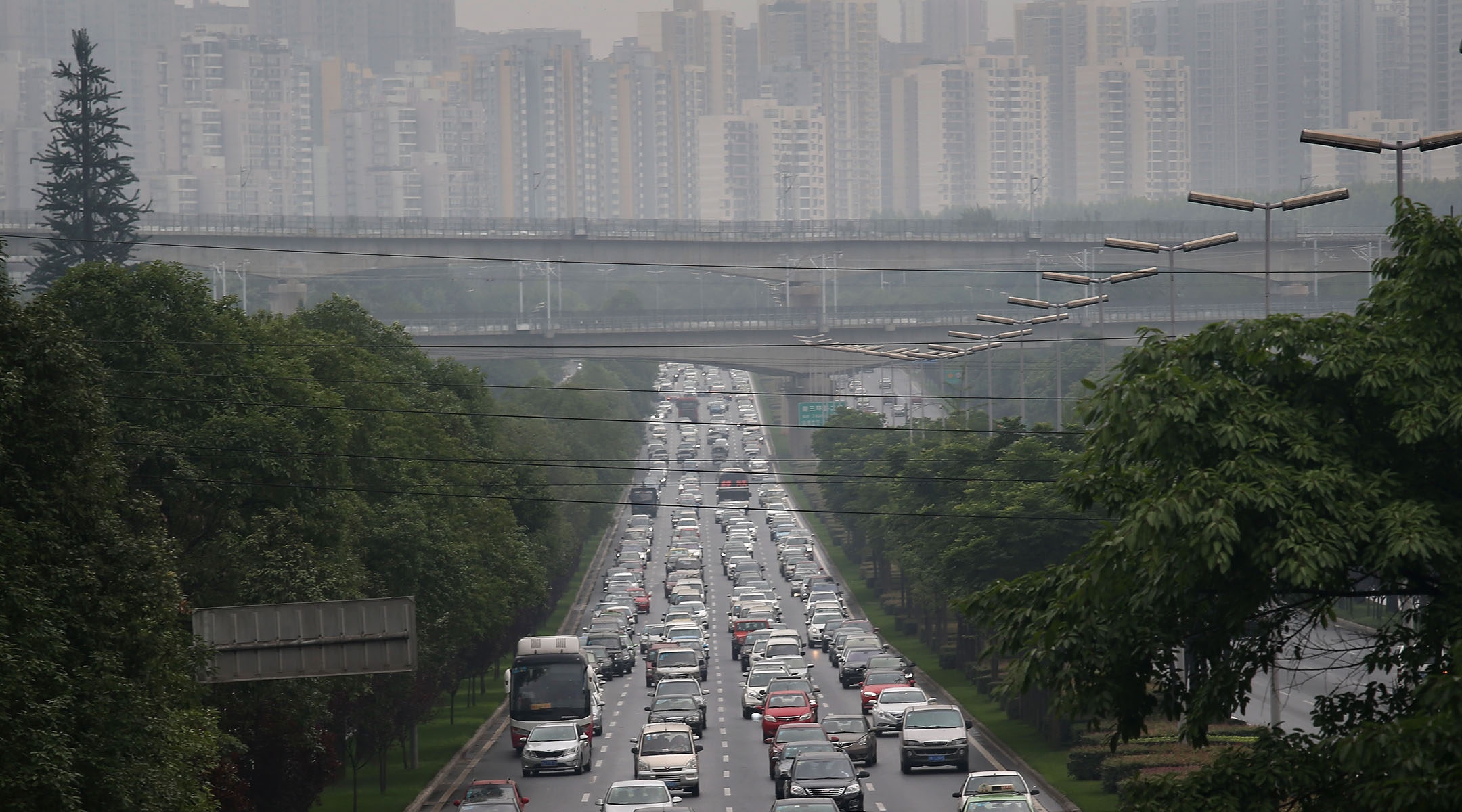 TAIPEI, Taiwan (JTA) — The Israeli consulate in Chengdu, China, raised an alarm about a white car with multiple Nazi symbols found in the Sichuan capital, prompting local officials to make an arrest.

On Wednesday, the Israeli Consul General’s office in Chengdu — one of four Israeli consulates in mainland China — posted a photo on WeChat of the car, which featured an eagle clutching a swastika and the words “Waffeen [sic] SS” spraypainted on its hood. The Waffen SS was an infamous Nazi military group.

“On Chengdu’s busiest street, a car with a spray-painted swastika was seen parading around the streets. Deeply shocked,” the post read.

“We believe the owner of the car placed this evil symbol in a prominent location because they do not understand this period of history or that [this symbol] is contaminated with the blood of many innocent lives. We also sincerely hope the car’s owner will see this message and promptly remove it.”

By Thursday afternoon, the post had been removed from social media without explanation. Later it was revealed that Chinese police found and arrested the owner of the car, who said that he was ignorant of the meaning behind the symbols.

The Israeli consulate took down its original social media posts, after a request from Chinese officials.

Such instances prompting responses from Israeli representatives are not uncommon in Asia. Distance from the Holocaust and a fascination with Nazi aesthetics have wrought Nazi parades, Nazi cosplay, and Nazi-themed shops in Taiwan, Japan, and Thailand, respectively, in recent years. Last year, a state television announcer’s antisemitic comments and an antisemitic meme shared by the Chinese consulate in Japan both prompted public condemnation from Israel.