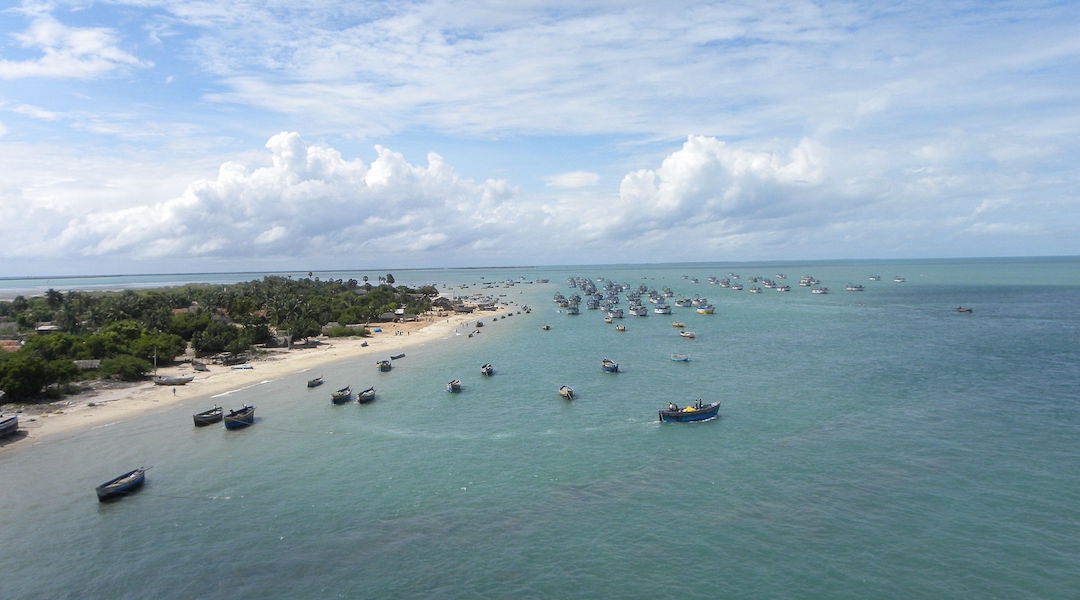 A view of an island in Ramanathapuram, a district in the southern Indian state of Tamil Nadu. (Wikimedia Commons)
Advertisement

(JTA) — An inscription on a stone pillar found in a small village in southern India may reveal new information about the oldest synagogue in the area and possibly shine a new light on the early history and trade activity of Jews in the region.

Based on the writing style, researchers say the inscription dates back to the 13th century. It was found in the Ramanathapuram district in the southeastern Indian state of Tamil Nadu, local media reported.

Jewish groups in the region have history in India dating back to antiquity, and the earliest documentation of local Jewish traders comes from the 9th and 10th centuries.The earliest group were the Cochin Jews, who claim ancestry back to the time of the Hebrew King Solomon. The B’nei Menashe and Bene Ephraim groups claim to link their ancestry to the 10 lost tribes of Israel.

Baghdadi Jews came to India in the mid-18th and 19th centuries as traders, and European Jews came in the 20th century, fleeing World War II.

The pillar inscription was found not far from modern-day Chennai (formerly Madras), where Sephardic Jews who had fled the Spanish Inquisition had formed a community in the 15th and 16th centuries.

Though the inscription dates hundreds of years before they arrived, Davvid Levy, a Jew from Chennai, found family documents that place his ancestors in Ramanathapuram, where the stone inscription was found, in the early 20th century.

Levy’s was the last remaining Jewish family in Chennai until they were forced to leave in 2020 following a property dispute, he told the Jewish Telegraphic Agency. Levy used to care for Chennai’s Jewish cemetery, which the Indian government had moved multiple times. Now, as he and his family seek a permanent home outside India, a maid maintains the cemetery, he said.