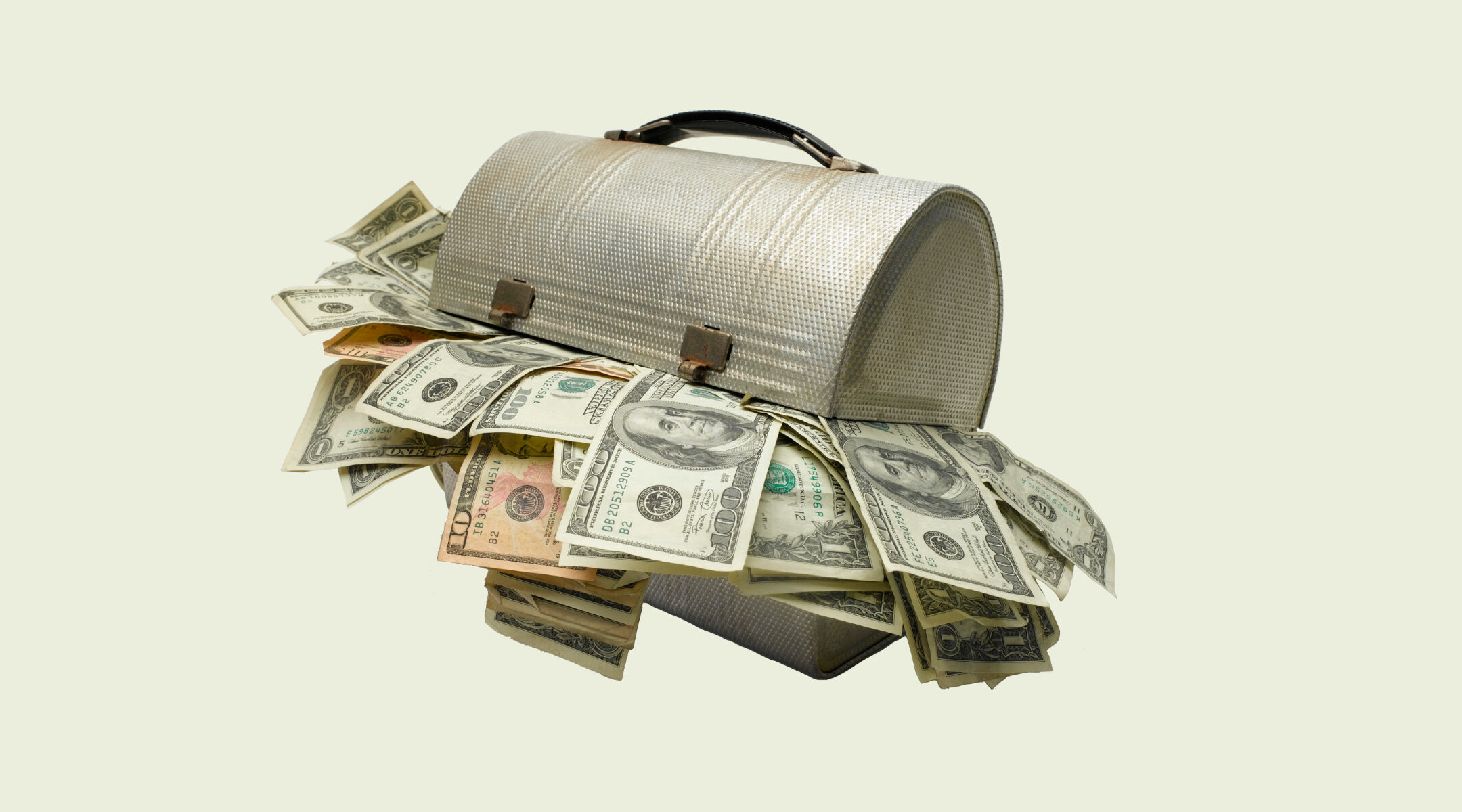 (New York Jewish Week) — The former chief financial officer of a Jewish day school on Long Island has been indicted on charges that he stole more than $8 million from the school.

David Ostrove used the money he embezzled from the Schechter School of Long Island to buy rare cars, including a 1965 Mustang; five houses on ritzy Fire Island; and sports memorabilia and collectible coins that he sold for a profit, according to an indictment delivered Monday by the Suffolk County district attorney.

Ostrove, 51, served as chief financial officer, chief technology officer and director of operations at the private school for 11 years until Monday, when the school says he was fired. His alleged theft amounts to more than the school’s annual operating budget most years, according to the school’s tax filings.

“This individual is accused of a systematic, sophisticated, and carefully contrived fraud on a chilling scale,” Schechter of Long Island said in a statement emailed to this reporter. “If convicted, this individual would also be guilty of something beyond the theft of cash: the destruction of trust.”

Suffolk County District Attorney Raymond Tierney said in a statement that Ostrove is estimated to have stolen a total of $8.4 million by directing school funds to accounts that he alone controlled, then using them for his own purposes. The alleged fraud began in 2014 and lasted until April of this year, according to the indictment.

“This defendant was trusted to oversee and safeguard the funds of this institution, however, he violated that trust and instead stole money earmarked to educate children to fund his own lavish lifestyle,” Tierney said in the statement. “These alleged violations are clearly not only a breach of the trust between an employee, employer, and students, they are against the law.”

Ostrove faces up to 25 years in prison if he is convicted.

Schechter of Long Island has approximately 260 students across its elementary, middle and high schools, and is affiliated with the Conservative movement of Judaism. Its two-story building and athletic grounds occupies much of a block in Williston Park in Nassau County, just a few miles from the eastern border of Queens.

In a letter to families about Ostrove’s arrest sent Tuesday, Schechter of Long Island’s leaders say the school is growing and has already moved to prevent other financial abuses — namely, bringing in an outside accounting firm that specializes in schools to “assist us through this transition, ensuring that our changes are effective, systematic, and reflect ‘best practices’ in a digital era.”

“What we can say is that the Schechter School of Long Island is financially sound, has always met and will continue to meet its fiscal responsibilities, and is looking forward to welcoming our growing student body back in September for the start of the 2022-2023 academic year,” said the school’s head, Scott Sokol, and its board president and president-elect in the letter.

In a public statement posted on Facebook, the school said it believes it offers “a cautionary tale for every institution that today’s online financial technology can be the burglar’s weapon of choice.”

Schechter of Long Island is located just a few miles from Roslyn, New York, the suburb where school district leaders were convicted of embezzling more than $11 million two decades ago. The saga, first reported by a high school newspaper, was dramatized in the 2019 movie “Bad Education,” featuring Hugh Jackman and Allison Janney.