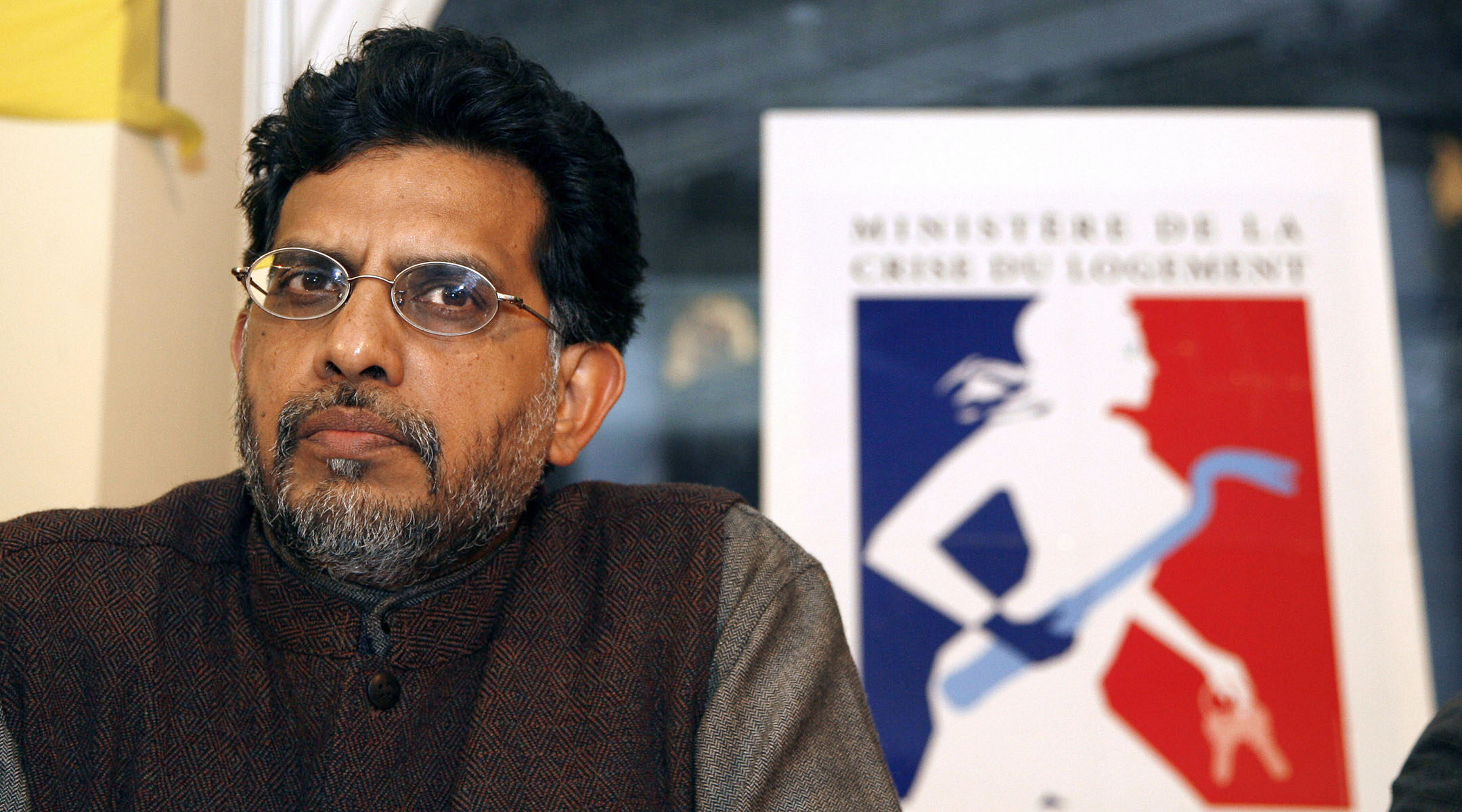 Miloon Kothari, a member of the United Nations Human Rights Council's special commission into Israel and the Palestinian territories, shown in Paris in 2007. (Bertrand Guay/AFP via Getty Images)
Advertisement

(JTA) – A United Nations commission formed to investigate alleged human rights abuses in Israel and the Palestinian Territories is under renewed scrutiny this week as two prominent American diplomats have accused one of its members of anti-Israel and antisemitic speech.

Deborah Lipstadt, the State Department’s special envoy on antisemitism, and Michèle Taylor, the U.S. ambassador to the U.N. Human Rights Council, both condemned Miloon Kothari, a diplomat who sits on the council’s Commission of Inquiry on the Occupied Palestinian Territory, Including East Jerusalem, and in Israel.

In an interview with pro-Palestinian website Mondoweiss this week, Kothari questioned “why [Israel is] even a member of the United Nations,” and made a comment linking social media efforts to discredit the commission to “the Jewish lobby,” comments the diplomats said were anti-Israel and antisemitic.

“We are outraged by recent antisemitic, anti-Israel comments made by a member of the Israel COI,” Taylor said the same day.

Taylor also took the opportunity to reiterate concerns the United States and Israel have expressed over the three-member U.N. commission, which was formed in May 2021, amid a new round of deadly fighting in Israel and Gaza, to investigate human rights abuses in the region. The commission has since broadened its inquiry to examine periods before and after the latest round of fighting.

“These unacceptable remarks sadly exacerbate our deep concerns about the open-ended nature & overly broad scope of the COI and the HRC’s disproportionate & biased treatment of Israel,” Taylor said.

In his interview, Kothari said he questioned Israel’s U.N. status because “the Israeli government does not respect its own obligations as a U.N. member state. They, in fact, consistently, either directly or through the United States, try to undermine U.N. mechanisms.” In the same interview, Kothari said, “We are very disheartened by the social media that is controlled largely by — whether it is the Jewish lobby or specific NGOs, a lot of money is being thrown into trying to discredit us.”

Following the comments, Jewish organizations including the Conference of Presidents of Major American Jewish Organizations and B’nai Brith International called on the U.N. to disband its Israel commission.

The chair of the commission, Navi Pillay, defended the inquiry and Kothari’s remarks in a letter sent Thursday to the head of the U.N. Human Rights Council.

In the letter, Pillay said the commission “does not question the status or United Nations membership of either of the concerned states of its mandate,” and said that Kothari’s comments about social media were “deliberately misquoted to imply that ‘social media’ was controlled by the Jewish lobby.” Instead, Pillay said, Kothari had been referring to concentrated efforts on social media to discredit the commission’s work.

The commission is about to embark on a U.S. tour, where, Kothari said, they hope to meet with universities and members of Congress.

Israel has not participated in the commission’s inquiry, calling it “biased and one-sided,” and has prevented commissioners from interviewing Israeli investigators. A spokesperson for Israeli Prime Minister Yair Lapid called Kothari’s comments “antisemitic” and “racist.”

In a June report, the commission said Israel was pursuing “complete control” over the occupied territories and said “ending the occupation alone will not be sufficient” to address injustices in the region.