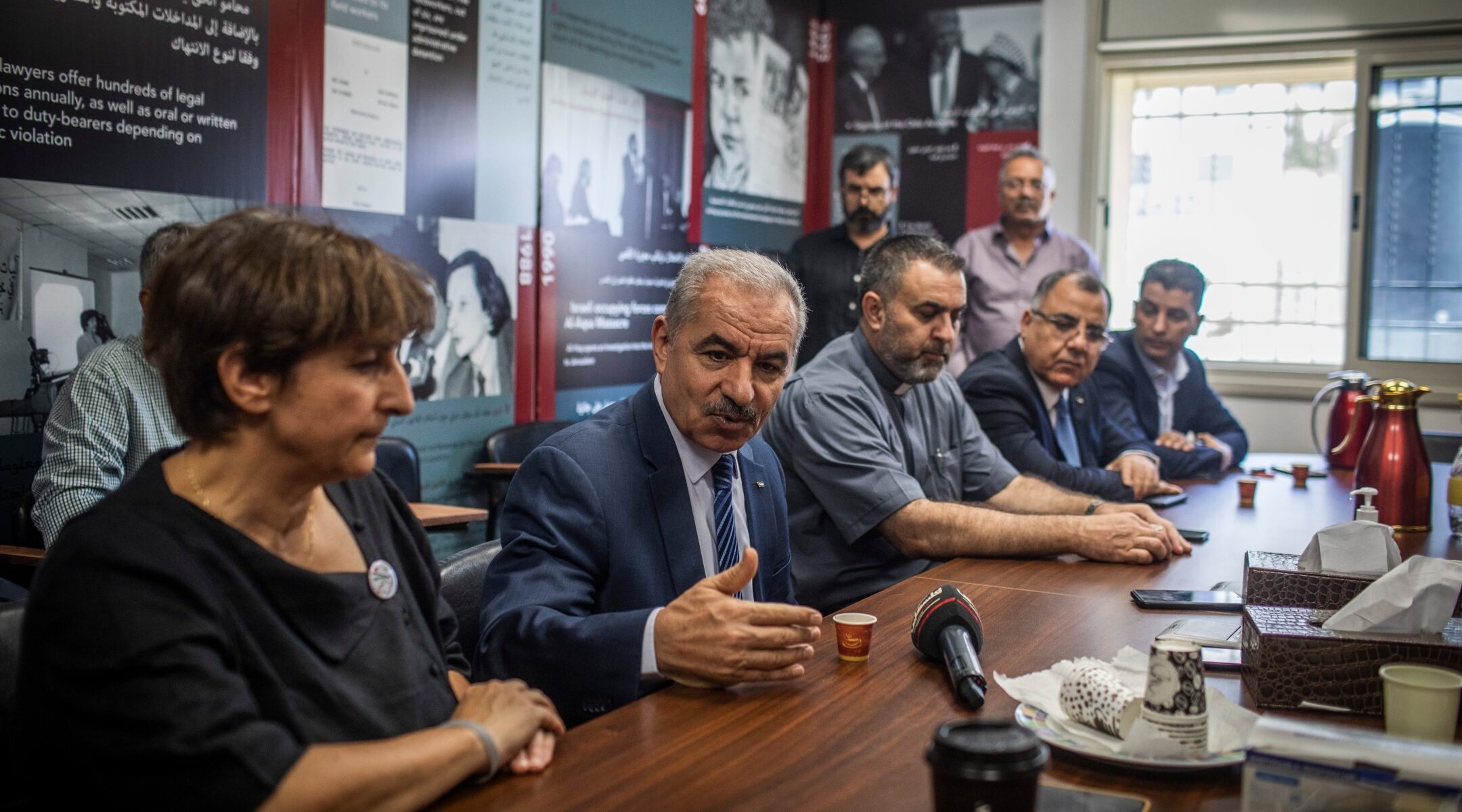 WASHINGTON (JTA) — Nearly a year after Israel announced that it would shutter human rights groups monitoring the country’s treatment of Palestinians, Israel has yet to show sufficient cause for its plans, the U.S. State Department said Thursday.

The comments came as Israeli troops raided seven of the groups’ offices in the West Bank city of Ramallah and welded their doors shut.

“We have conveyed the message that there must be a very high bar to take action against civil society organizations,” said State Department spokesman Ned Price.

Israel has not conveyed information that substantiates its allegations that the groups have ties to and fund terrorist organizations, Price said. “We don’t have that information yet,” he said, adding that the United States had “voiced our concern” about the raids.

The groups — including Addameer, Al-Haq, Bisan Center, Defense for Children International Palestine, the Samidoun Palestinian Prisoner Solidarity Network and the Union of Agricultural Work Committees — deny Israel’s allegations that they have ties with the Popular Front for the Liberation of Palestine, a U.S.-designated terrorist group.

Price said the information Israel has shared since announcing plans last year to shut down the groups has not persuaded U.S. agencies of the ties.

Regarding “the material that has been provided to us to date from our Israeli partners, what I can say is that we have provided that information to our partners within the U.S. government. There are various departments and agencies who have taken a look at this material,” Price said. “Through the course of our review of this information, we have not changed our position on or approach to these particular organizations.”

Price said Israel has said that more information is forthcoming and that the Biden administration will assess it when it comes in.