Over 75,000 immigrants later, aliyah organization is about a lot more than charter flights 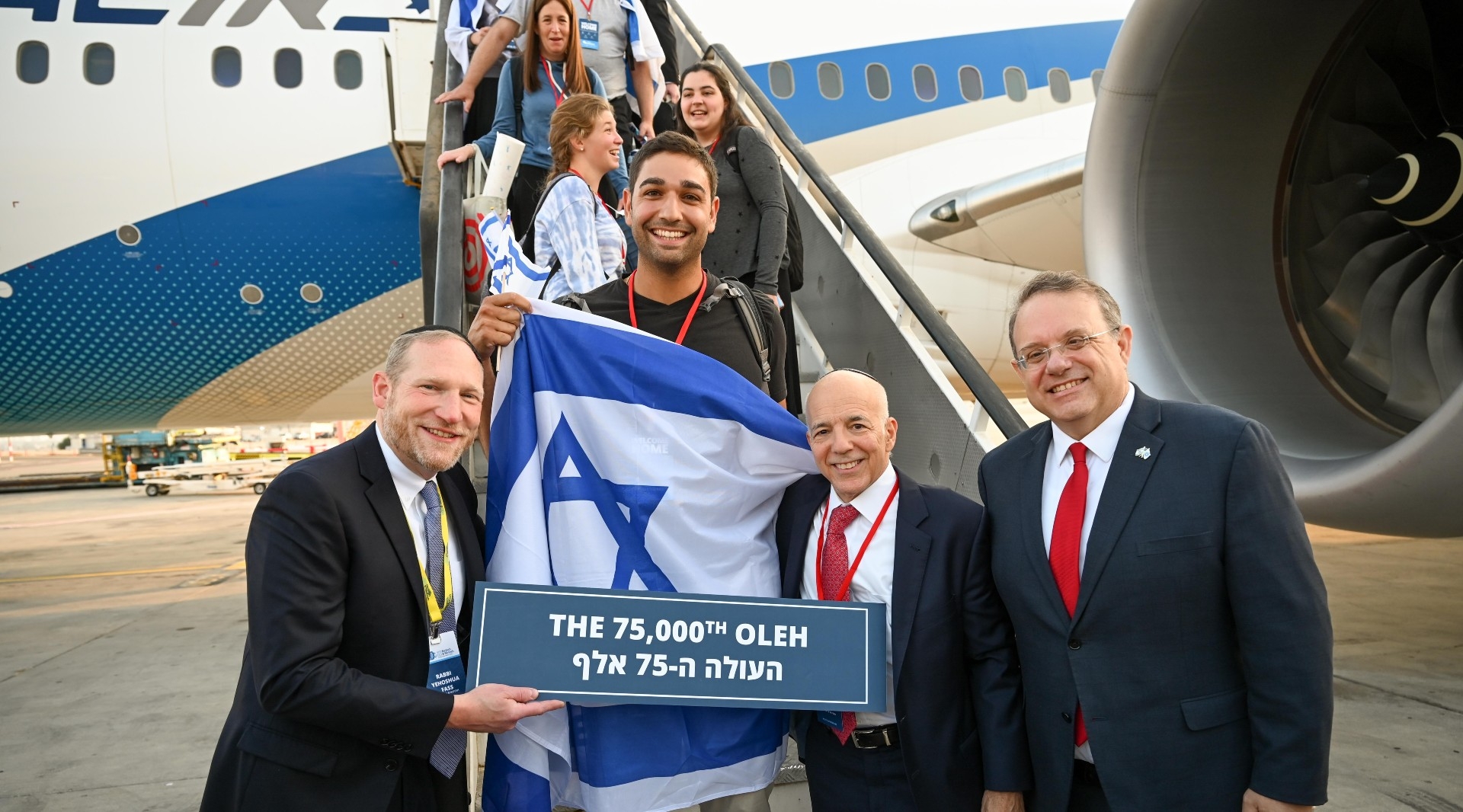 Erica Weintraub, 18, long had dreamed of immigrating to Israel and joining the Israel Defense Forces. Originally from Brooklyn, New York, Weintraub got hooked on Israel from her first visit, when she came for a few weeks as a 9-year-old for her sister’s bat mitzvah.

“I kept reminding myself what that summer was like. For years, I would tell everyone that someday I’d go and fight for Israel,” Weintraub said. “After you do the army, you are officially a part of Israel — sort of like marrying into the family.”

Batshevah Nagel runs an Orthodox Jewish survival camp in the forests of Vermont along with her husband, Ian. Born and raised in Monsey, New York, Nagel, 33, has four children and just moved to Efrat, a religious town in the West Bank near Jerusalem.

“I’ve always wanted to live here,” Nagel said. “It’s a spiritual thing — being part of the Jewish people and returning to this place after the Holocaust and all the history we’ve been through.”

The two New Yorkers, who don’t know each other, were among 225 new immigrants on a recent charter flight that marked a milestone for immigration to Israel, or aliyah, from North America.

The flight was the 63rd charter flight organized by Nefesh B’Nefesh — the agency that coordinates aliyah from North America in partnership with Israel’s Ministry of Aliyah & Integration, the Jewish Agency for Israel, Keren Kayemeth LeIsrael (KKL) and Jewish National Fund-USA — and on board was the 75,000th immigrant Nefesh B’Nefesh has helped bring to Israel.

In the 20 years since its founding in 2002 by Rabbi Yehoshua Fass and American Jewish businessman and philanthropist Tony Gelbart, Nefesh B’Nefesh has expanded from functioning as a pre-screener and coordinator of aliyah flights to a full-service immigration and absorption assistance organization. That starts with helping prospective immigrants sort out their paperwork and get their free flight to Israel to helping them once they arrive find places to work, friends and the right community.

“For the last two decades, Nefesh B’Nefesh has been facilitating aliyah, educating Jews worldwide to the centrality of Israel, advocating for olim past, present, and future, and celebrating their outstanding achievements in all facets of life,” said Fass, now executive director. “And we’re looking forward to continuing to do so.” 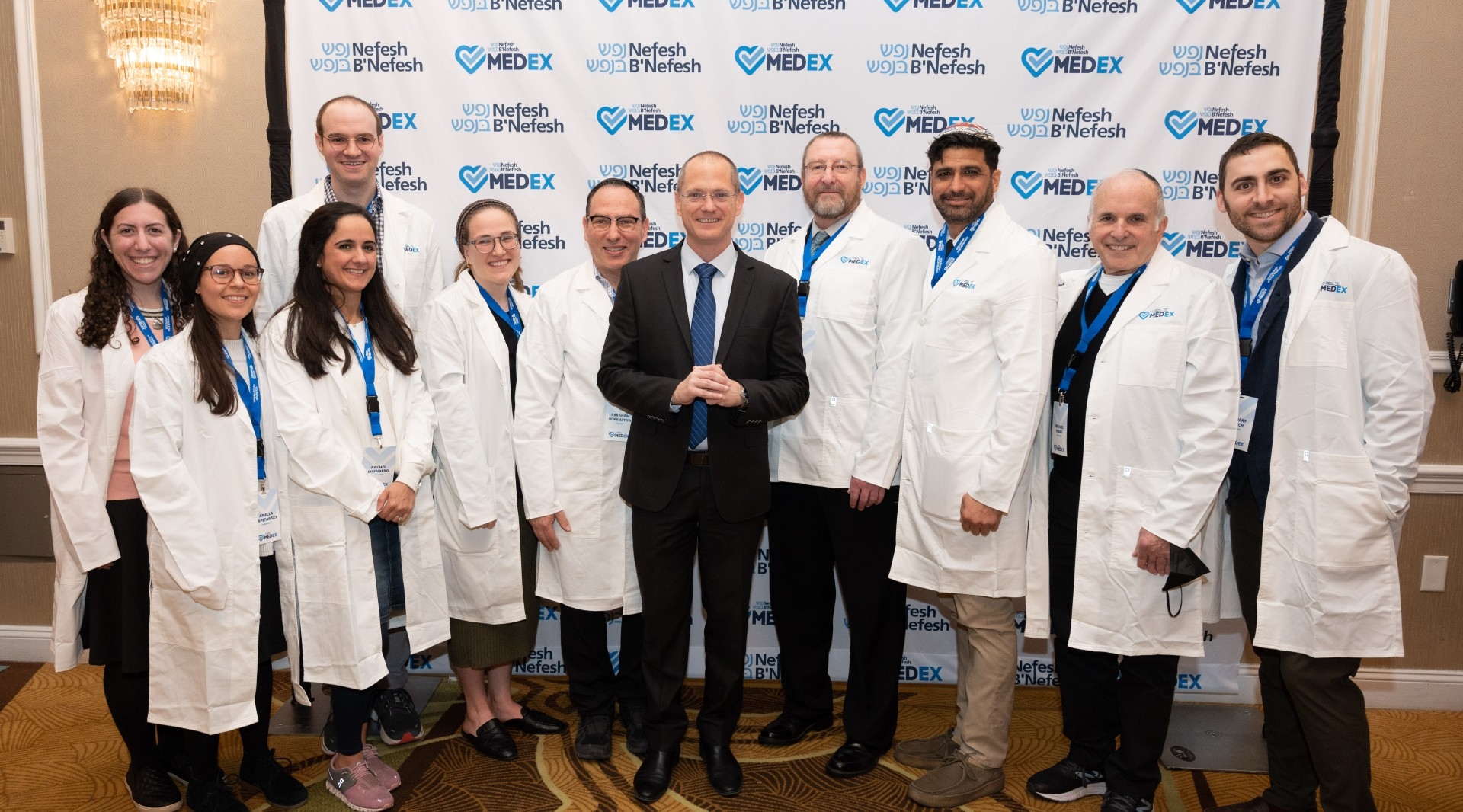 For doctors, nurses and other medical professionals, Nefesh B’Nefesh works directly with Israel’s Health Ministry to streamline the medical licensing process and job placement. For fresh high school graduates considering staying on in Israel after a gap year, Nefesh B’Nefesh helps them explore various options available for Israeli national service, university study, IDF service and other opportunities. Young women who choose to serve in Israel’s national service are served by a Nefesh program called Ori, which provides them with support programming and bureaucratic assistance. Nefesh also supports so-called Lone Soldiers, who serve in the IDF without the support of family in Israel.

Nefesh B’Nefesh runs free co-working space for young professionals in Tel Aviv; hosts an Israel job board that links Israeli employers with English-speaking immigrants seeking jobs; coordinates a special program to encourage and support immigrants who choose to move to Israel’s peripheral north or south; and runs summer camps to help immigrant children get used to Hebrew and Israeli culture in a fun environment with lots of field trips.

Nefesh’s Institute for Aliyah Policy and Strategy advances systemic changes related to aliyah and proposes relevant legislation. Its Initiative for Zionist Innovation offers mentorship and financial grants for projects by olim that strengthen and improve local communities throughout Israel. Since Nefesh B’Nefesh opened its new Aliyah Campus in Jerusalem several months ago, thousands of people have come to events there.

“We’re trying to accentuate this meeting point for new immigrants and native-born Israelis to make sure their integration is more successful,” Rosenberg said.

This summer, some 2,000 new immigrants from North America arrived in Israel. Ranging in age from 2 months to 101 years, they included 494 families, 315 single people, 205 retirees and 626 children. Their main destinations were the cities of Jerusalem, Beit Shemesh, Modiin, Tel Aviv, Ra’anana and Netanya.

Samuel Leeman, 26, of Bath, Maine, one of 27 medical professionals on board the mid-August charter flight, was awarded the distinction of being named the 75,000th immigrant. An aspiring ophthalmologist, Leeman just started his second year of medical school at Beersheva’s Ben-Gurion University of the Negev.

Leeman’s two sisters and his parents are now in the process of making aliyah together, so he won’t be leaving his family behind. Olim often say being far from family is the single-biggest challenge of aliyah.

“It’s hard being away from family,” Rosenberg said. “But people make aliyah for very practical reasons. They know the weather is hot and Israelis can be pushy. They also know that if they come to Israel, they’ll miss out on family gatherings back home. The question is do they want to pay that price?”

Increasingly, the answer is yes, Rosenberg says. Last year marked a record-breaking year for immigration from North America, with 4,478 new immigrants — up more than 50% over the average of the last 10 years and the largest single-year number since 1973. Israel is experiencing a surge in aliyah due to increased opportunities for remote work that the pandemic wrought, according to Rosenberg.

“For many people, a big obstacle to aliyah is their professional careers, and now that you can work from home, suddenly that’s opened a door for many people that wasn’t there before,” he said. 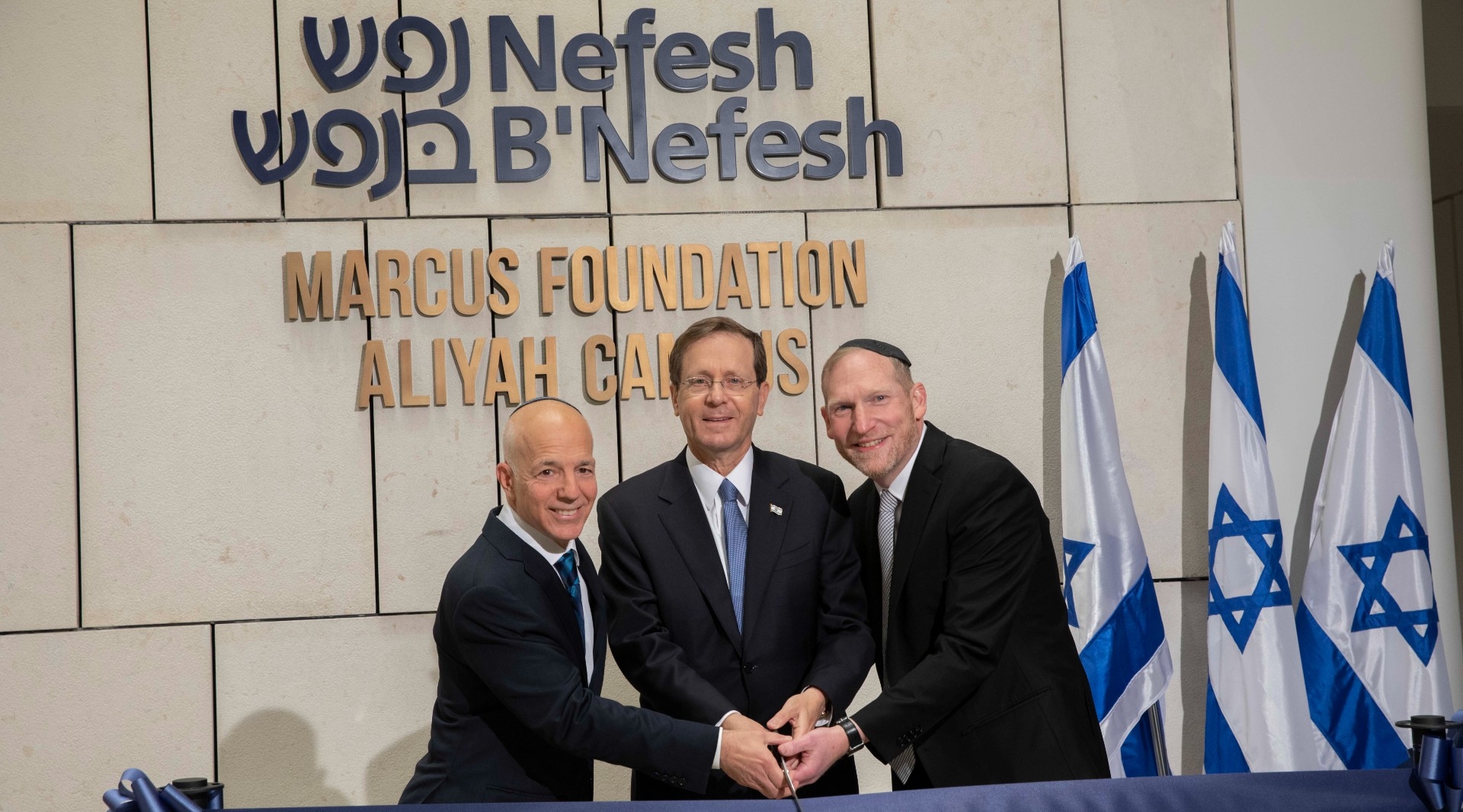 Officials at Nefesh B’Nefesh discount the notion that antisemitism is pushing American or Canadian Jews to move to Israel, saying immigrants rarely bring it up in surveys.

Nagel, who ended up in Efrat, left a 130-acre farm in rural Vermont, where for the last 12 years she and her husband, a former New Jersey yeshiva administrator, have been running a wilderness survival camp for Orthodox Jewish kids.

“I’ve been doing freelance graphic design and marketing during the year, then camp during the summer,” she said. “We hope to spend summers in Vermont, where we can keep running the camp, and hopefully one day to open a similar camp in Israel.”

The family chose Efrat mainly because Nagel’s brother lives there, and because it has a large English-speaking community.

“Knowing my children, they needed a cushy landing. Also, many kids on our block speak English, so they can communicate with people easily,” she said. “But our goal is for everyone in the family to eventually speak fluent Hebrew.”

Weintraub already knows some Hebrew and plans to live at Kibbutz Sde Eliyahu south of Beit Shean during her army service.

“No one in my family has ever lived in Israel,” she said, adding that her parents have known for years that this was her lifelong dream. “Although it’s sad I’m not going to be with them for the next few years, they’re happy for me. And hopefully they’ll follow me here one day.”