With $73 million and counting, this organization is the backbone of the Jewish aid effort for Ukraine 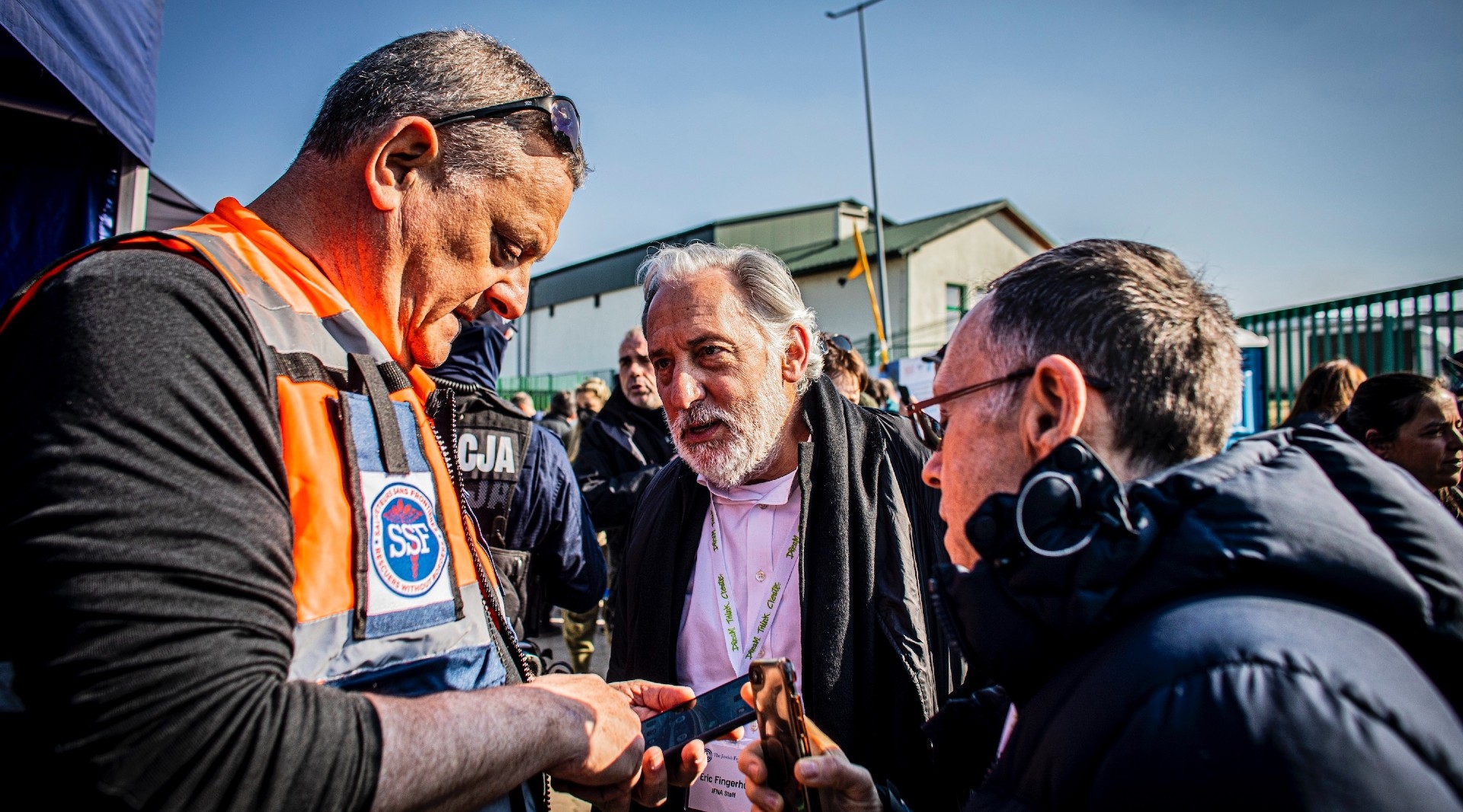 Volunteers with the emergency medical services Magen David Adom and United Hatzalah dispatched teams to the area to set up emergency triage centers to treat the wounded, sick and elderly. Tikva Children’s Home, which in normal times cares for neglected, abandoned or abused children in the Ukrainian city of Odessa, began busing kids out of the war zone and into safety in neighboring Romania. The JCC of Krakow, Poland, where over 1 million Ukrainians fled after the outbreak of the war, served as a distribution point for food, medicine and clothing for Jewish and non-Jewish refugees alike.

These humanitarian groups were able to meet the sudden and dramatic surge in need for aid thanks to their partnerships with the Jewish Federations of North America, which since February has raised over $73 million for Ukraine-related needs. That leadership has made federations the backbone of the Jewish humanitarian effort — helping Ukrainians not just flee the fighting and find safe haven, but also figure out long-term solutions while their country remains at war.

These have included efforts to resettle refugees in Israel, Europe and the United States, provide refugee children with education and emotional respite, run training programs to help Ukrainian adults find housing and jobs while in exile, coordinate volunteer efforts both in Europe and the United States, and advocate for policies that help refugees find their footing in new communities.

In all, the Jewish Federations have channeled over $61 million so far to some 50 nongovernmental organizations worldwide, often through the Federations’ main overseas partners: the Jewish Agency for Israel, the American Jewish Joint Distribution Committee (JDC) and World ORT.

“Everything we’re doing in Ukraine and surrounding countries is made possible by the collective efforts of 146 Jewish federations and, in turn, by the donations of Jewish communities,” said Eric Fingerhut, president and CEO of the Jewish Federations. “We love individual philanthropists, but this is really grassroots-supported fundraising — a collective effort of massive proportions.”

When Russia attacked Ukraine on Feb. 24, Fingerhut said, “we were able to respond right away because we had professionals on the ground, as well as relationships and the expertise to know what to do instantly.”

Six months on, the situation in Ukraine is still dire.

“The areas under Russian attack are in a very serious crisis. Not only can people not leave, their businesses and homes are destroyed. It’s hard to provide humanitarian relief in such places, though our partners are desperately trying to do that,” Fingerhut said. “And in parts not under attack, you still have shortages of medicines and a collapsing economy.”

Although the exodus of refugees fleeing Ukraine has slowed considerably, about 12 million people have been displaced by the war, either within Ukraine or in nearby countries, according to United Nations estimates. So the need for aid remains very high.

Out of Ukraine’s prewar Jewish population of about 200,000, more than a quarter has left, according to estimates. Most have gone to Israel, with some immigrating and others in the country on tourist visas. Israel also is hosting thousands of war evacuees who are not eligible for immigration but are sheltering in the country for the time being. 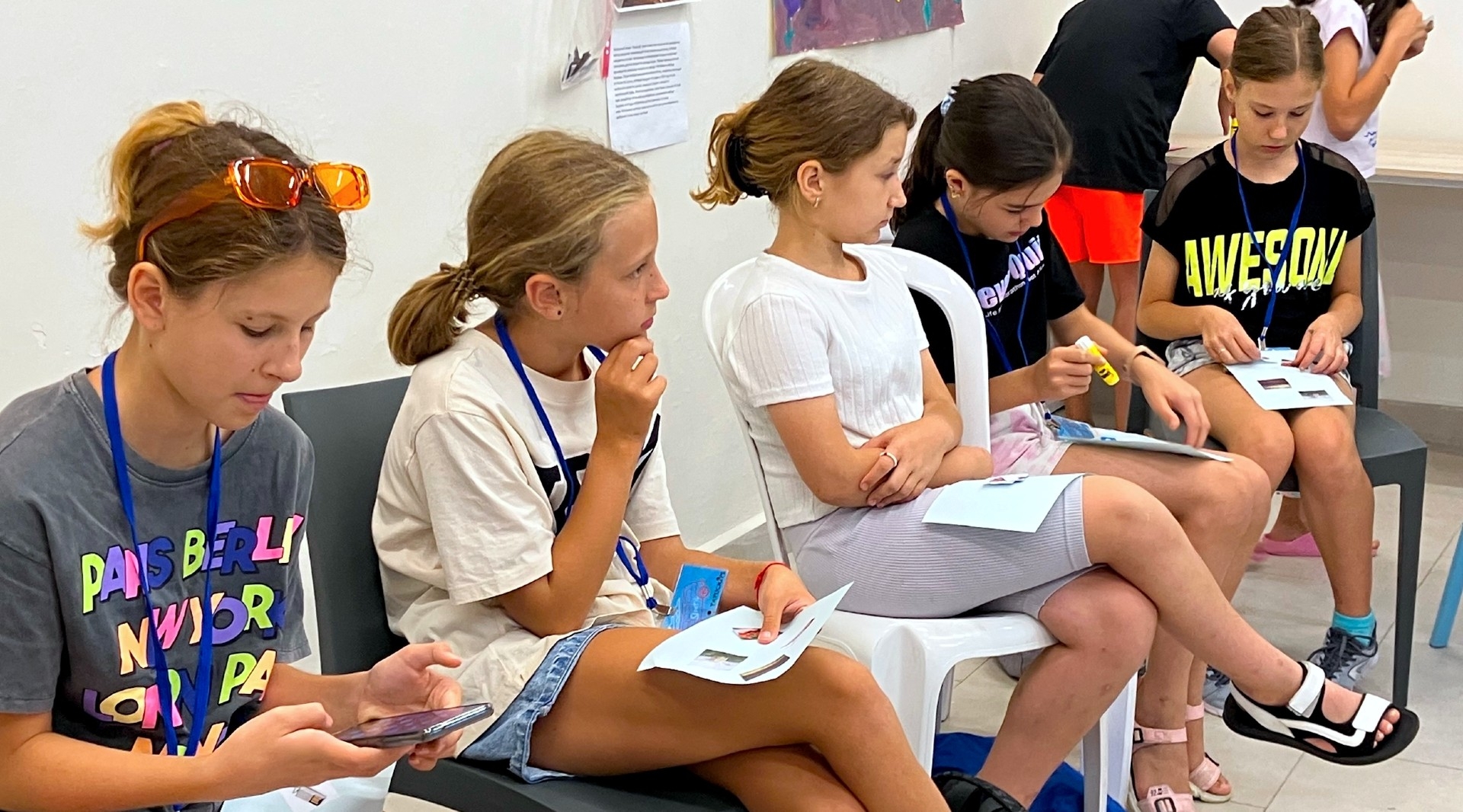 The grants are one of the many ways the Jewish Federations are operating behind the scenes to coordinate and fund Ukraine aid efforts. Funding for humanitarian aid is going to everything from resilience programs in the western Ukrainian city of Lviv to the distribution of hygiene supplies to supporting new Ukrainian immigrants to Israel.

Working together with the Israeli trauma group Natal and the first ladies of Israel and Ukraine, Jewish Federations helped bring 27 Ukrainian therapists to Israel for a week to learn trauma coping techniques.

At the Kiryat Ye’arim Youth Aliya Village near Jerusalem, an Israeli overnight summer camp called Start.IL run by the Jewish Agency for Israel has used federation funding to welcome some 400 Ukrainian Jewish children displaced by the Russian invasion. The camp held four weeklong sessions this summer of 100 campers each, with 8- to 17-year-olds enjoying sports, singing, games and learning about Israel.

“These kids are from Kyiv, Odessa, Mariupol — all over Ukraine. Some of them left their houses when the war started, and others ran from their houses the moment bombs started falling on their cities,” said camp director Vitalina Latysheva. “They still talk about the war, but here they make new friends and have a new life in Israel. The ones who came in February are already speaking Hebrew.”

In Europe, JDC is using money from Jewish Federations to help an estimated 40,000 elderly and 2,500 impoverished Ukrainian children and their families through its network of services and Jewish community programs, and has evacuated nearly 13,000 refugees from Ukraine.

In the United States, the Jewish Federations also have lobbied on Capitol Hill for expedited refugee resettlement. In late July, those efforts paid off when the U.S. government announced a new, streamlined, online process for Ukrainian refugees filing for work permits.

Fingerhut, who has been to the Ukraine border and neighboring Poland several times since the war began, said that Jews can lend a hand no matter where they live.

“We have a volunteer hub which is especially looking for Russian-speaking and Ukrainian-speaking professionals,” he said. “Also, our refugee resettlement program is very vigorous, and requires financial support and commitment. Every little bit helps.”

The Federations, along with the Jewish Agency and the JDC, already have placed 90 volunteers in Eastern Europe. Some are in Poland, where the JCC of Warsaw, along with local partners, recently hosted a three-week summer camp for 85 refugee children and teens fleeing the war in Ukraine. The camp operated with funding from the Jewish Federations.

Other volunteers have been helping out at the Israeli Consulate in Budapest, Hungary, including several who themselves were once child refugees.

Ukraine-born Alina Gerlovin Spaulding came to New Jersey in 1979 as a young girl, eventually relocating to Greensboro, North Carolina, where she’s a real-estate broker. She said she feels like she has come full circle — from being on the receiving end of Jewish communal aid as a child immigrant to helping deliver aid to others as an American adult. The experience demonstrates the collective power of the Jewish community when it operates together, she said. 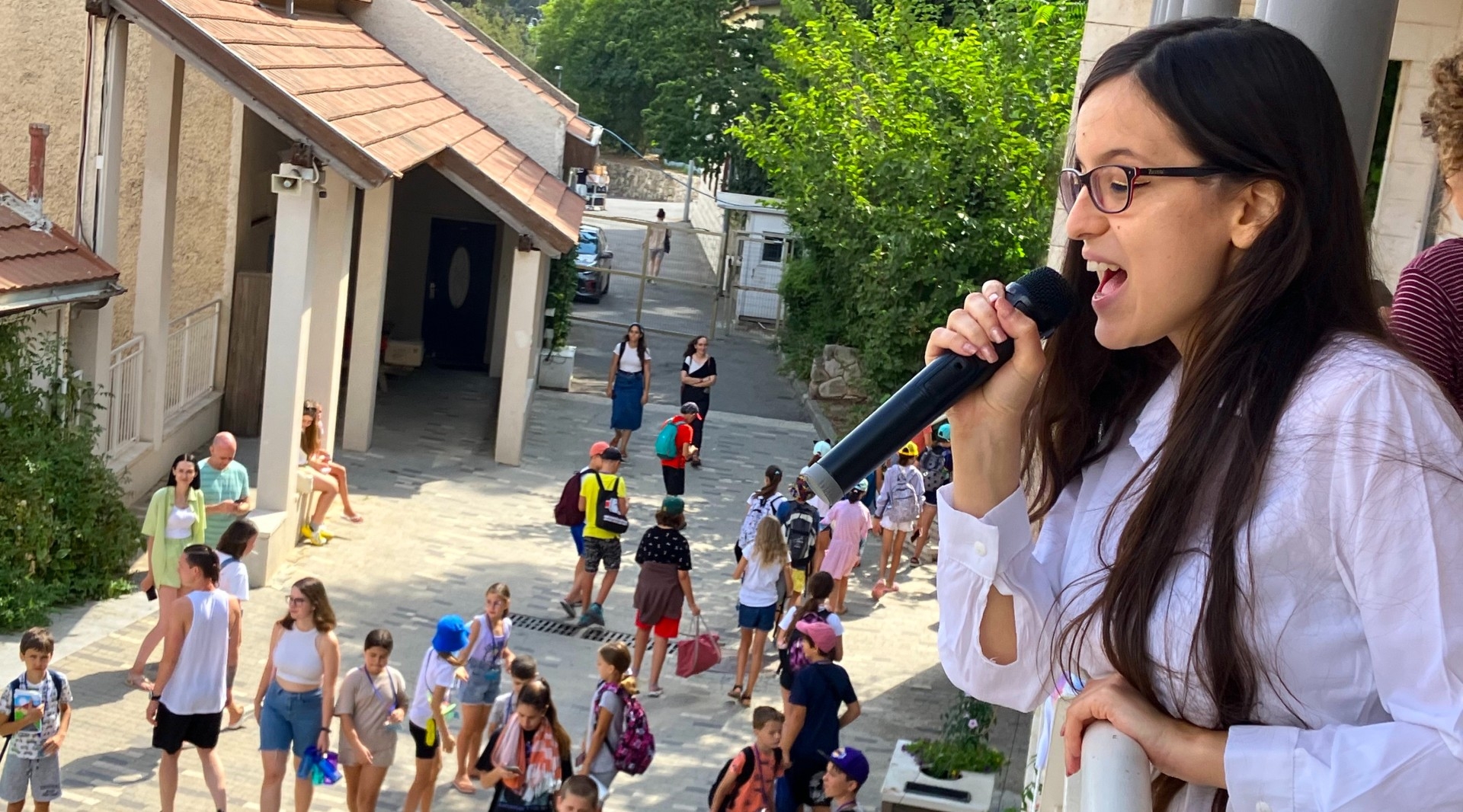 “When we left the former Soviet Union, no one asked us what denomination of Jew we were,” said Spaulding, 48. “The Jewish community worldwide stepped up to rescue hundreds of thousands of us in the ‘70s, ‘80s and ‘90s. They gave us a soft landing and an opportunity for an extraordinary life. And now this war in Ukraine has brought a large portion of that community together once again, because so many of us have roots in that part of the world.”

Spaulding spent two weeks around Passover in Hungary, using her fluency in Russian to help potential new immigrants to Israel get their paperwork in order.

“Many people couldn’t take their passports, so they had no records of who they were. Also because of COVID, a lot of people weren’t traveling and their records had expired,” she said. “So we helped them in any way we could.”

On the same trip to Hungary, Larisa Svechin, who was born in Belarus and came to the U.S. with her family in 1979, helped greet refugees straight off the bus from Ukraine. A former mayor of Sunny Isles Beach, a mostly Jewish suburb of Miami, Svechin was part of a 12-member team that welcomed new arrivals at a Budapest hotel with everything from diapers to insulin.

“While they were filling out paperwork, we acted as their support system from morning to night — from making them tea and giving them snacks to playing with their kids. These people were so traumatized,” said Svechin, 49.

The experience of those two weeks in Hungary changed her life, Svechin said.

“You get to know these people on such a personal level because you know all their details,” she said. “This experience was so profound. I’d do it again without even thinking.”