In rare and delicate statement, Russia’s Chabad rabbis call to ‘end the suffering’ 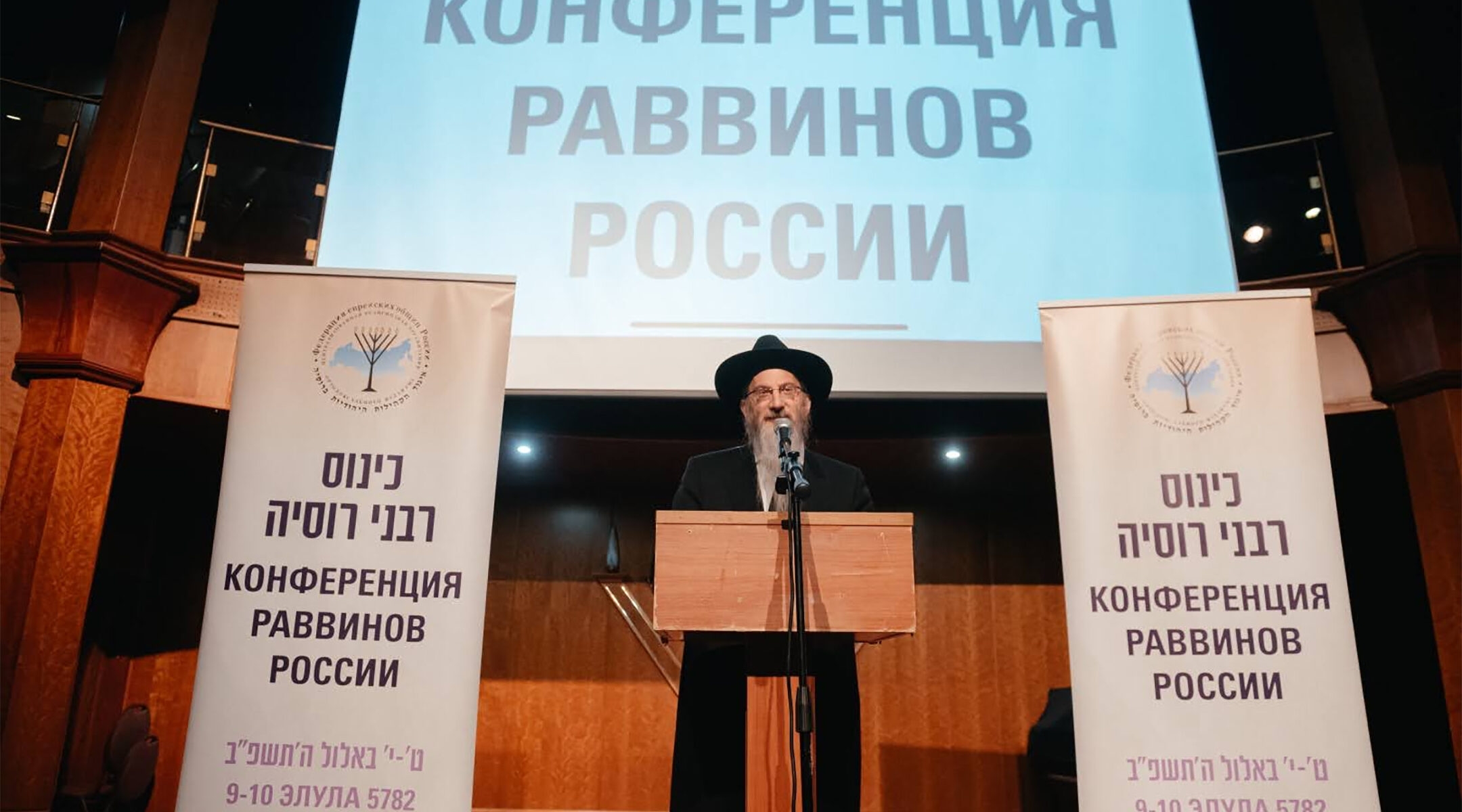 Russian Chief Rabbi Berel Lazar delivers a speech during an emergency gathering of rabbis in Moscow, Russia, Sept. 5, 2022. (Courtesy of the Federation of Jewish Communities of Russia)
Advertisement

(JTA) — For the first time since Russia invaded Ukraine six months ago, dozens of Russian rabbis from that country convened for an emergency meeting that ended with a politically fraught plea for an end to the bloodshed.

At a two-day gathering in Moscow that ended Tuesday, more than 75 Chabad-affiliated rabbis from across Russia issued a statement that read: “We pray that no more blood be spilled, and call upon people of good conscience everywhere to help aid those in need, including refugees, and end the suffering.”

The statement does not use the words “war” or “invasion,” which can carry legal risk in Russia when applied to the deadly offensive that Russian president Vladimir Putin initiated in February, nor does it mention Ukraine explicitly. But it can easily be construed as disapproval of the war at a time when other state-recognized clergy, including in the Russian Orthodox Church, have backed it.

The church’s head, Patriarch Kirill, has justified the invasion of Ukraine on spiritual and ideological grounds. He’s called it a “metaphysical” battle with the West and has blessed Russian soldiers going into battle. He’s also dismissed the Ukrainian national identity, saying Ukrainians are really Russians.

In contrast, Chabad rabbis have not joined the patriarch and other clergy in supporting the war from their pulpits. Russia’s chief rabbi, Berel Lazar, and his top deputy have each called for peace while engaging in a delicate balancing act aimed at maintaining safety and access to Jewish life for the country’s Jews.

In the joint statement, the rabbis said, “We pray together that very soon the prophecy of Isaiah will be fulfilled, that, ‘nation shall not lift the sword against nation, neither shall they learn war anymore.’”

Chabad is an international movement with many donors in Western countries, where there is little support for Russia’s war. In terms of following and funding, Chabad is also the main Jewish group both in Russia and in Ukraine. Those two countries have by far the largest Jewish population in Eastern Europe, estimated at 150,000 and 47,000 at least, respectively.

The rabbis’ statement also spoke about the importance of rabbis staying put in Russia amid a wave of emigration by at least 15,000 Jews to Israel since the war broke out. Many of the immigrants left due to fears connected to Putin’s post-invasion crackdown on freedom of speech and the media, which were already receding before the war.

The statement was understood by some to represent a veiled critique of Rabbi Pinchas Goldschmidt, the former chief rabbi of Moscow who lost his position after exiling himself when the war began. Goldschmidt, an Orthodox rabbi who is not affiliated with Chabad and said he faced pressure to back the war, has since embarked on an effort to warn that Jews are not safe in Putin’s Russia.

But the comments also reflected Chabad’s ethos of committing to local communities and sticking with them through thick and thin.

“Always being with their communities is the main task of religious leaders,” Lazar, the chief rabbi, said during a speech before the other rabbis. “A rabbi should always be with his Jews, even in the most difficult times.”

Rabbis from across Europe and Israel, Israeli president Isaac Herzog, and Natan Sharansky, the former Soviet dissident who pushed for Israel to oppose Putin’s war more forcefully, all sent messages of support for the rabbis from abroad, according to a report published by Chabad’s news service.

In a speech last week, Putin reiterated his commitment to continuing the invasion, which he has termed a “special military operation.” He said the effort was strengthening solidarity within Russia.