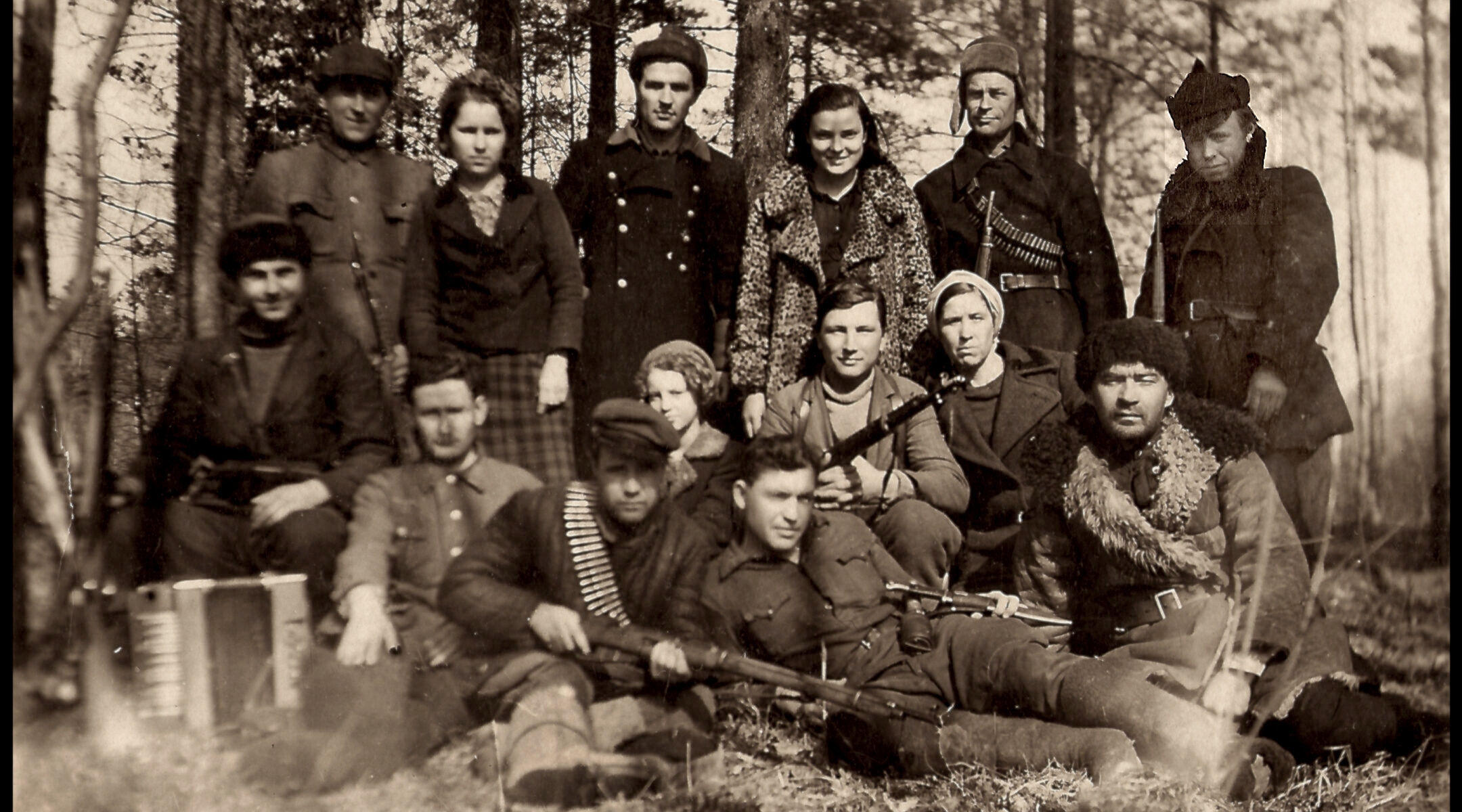 (JTA) — In 1944, Faye Schulman, a young Jewish partisan, emerged from the forest into her hometown of Lenin, Poland, on a mission to burn houses the Nazis were using as their wartime offices. One of those houses, she soon discovered, was her own.

As she wandered through her childhood home, she spied an old potato peeler still on the floor. Schulman thought of the rest of her family — already murdered by the Nazis by that point — and realized, even if she survived the war herself, that she would never be able to live in that house again.

“Burn it,” she told her fellow partisans. She lit the match herself. Then she posed for a photograph among the ashes.

The new documentary “Four Winters” is full of riveting accounts like Schulman’s. Written and directed by Julia Mintz, the film recounts the story of several Jewish partisans: women and men from the ghettos who escaped Nazi roundups to the concentration camps, fled to the woods of Eastern Europe and carried out guerilla attacks on Nazis and their collaborators for the remainder of the war.

It’s told in an oral history style, with eight former partisans sharing their accounts of wartime survival, accompanied by some remarkable archival images of the partisans in action (Schulman was a photographer). The sight of these Jews huddling together in the woods in winter, men and women alike armed with repatriated Nazi weapons and fed with stolen food, makes for a potent rejoinder against partisan Michael Stoll’s comment, early in the film, that “Jews have a reputation” for not being “fighters.”

The film explains that there were more than 25,000 partisans who fought the Nazis from the forest during the war. On camera they’re a hardened sort, as you might imagine, having survived brutal conditions without adequate supplies while carrying out several successful operations. (The documentary takes its title from how the partisans measured time, the winters being the most difficult stretches.) Interviewees recount stealing food and supplies from farmers and rural villagers on the outskirts of the Nazi strongholds, taking rations meant as offerings to the occupiers even knowing that, by doing so, they were likely dooming the residents to harm at the Nazis’ hands.

They also tell Mintz they don’t like to think of themselves as brave — more that, to paraphrase Teddy Roosevelt’s famous quote, they had bravery thrust upon them, because they couldn’t allow themselves to be carted away to die without a fight. It can be painful to hear their accounts of, for example, leaping from a moving train bound for the Treblinka concentration camp after failing to convince the other passengers, who knew they were being carried to their deaths, to jump with them.

Mintz largely trusts her subjects to carry the film themselves, though she occasionally dresses things up with stylish techniques: modern drone footage of the forests, or cross-cutting between a particularly gripping account and stock footage to heighten the tension. But her focus on the storytelling reveals something else. Holocaust stories, rightly or wrongly, routinely portray Jews as defenseless victims — not as gutsy combatants capable of stabbing Nazis to death with makeshift knives so as not to waste precious bullets.

With its attention to these and other grisly details of combat and survival, “Four Winters” ultimately feels like a kind of Holocaust counter-narrative, a rebuke to the hundreds of stories of Jews who, the stories often imply, simply allowed themselves to die.

“Four Winters” opens Friday at the Film Forum in New York, with some screenings accompanied by Q&As with Mintz. It expands to Laemmle Theatres in Los Angeles Oct. 7, with other cities to follow.