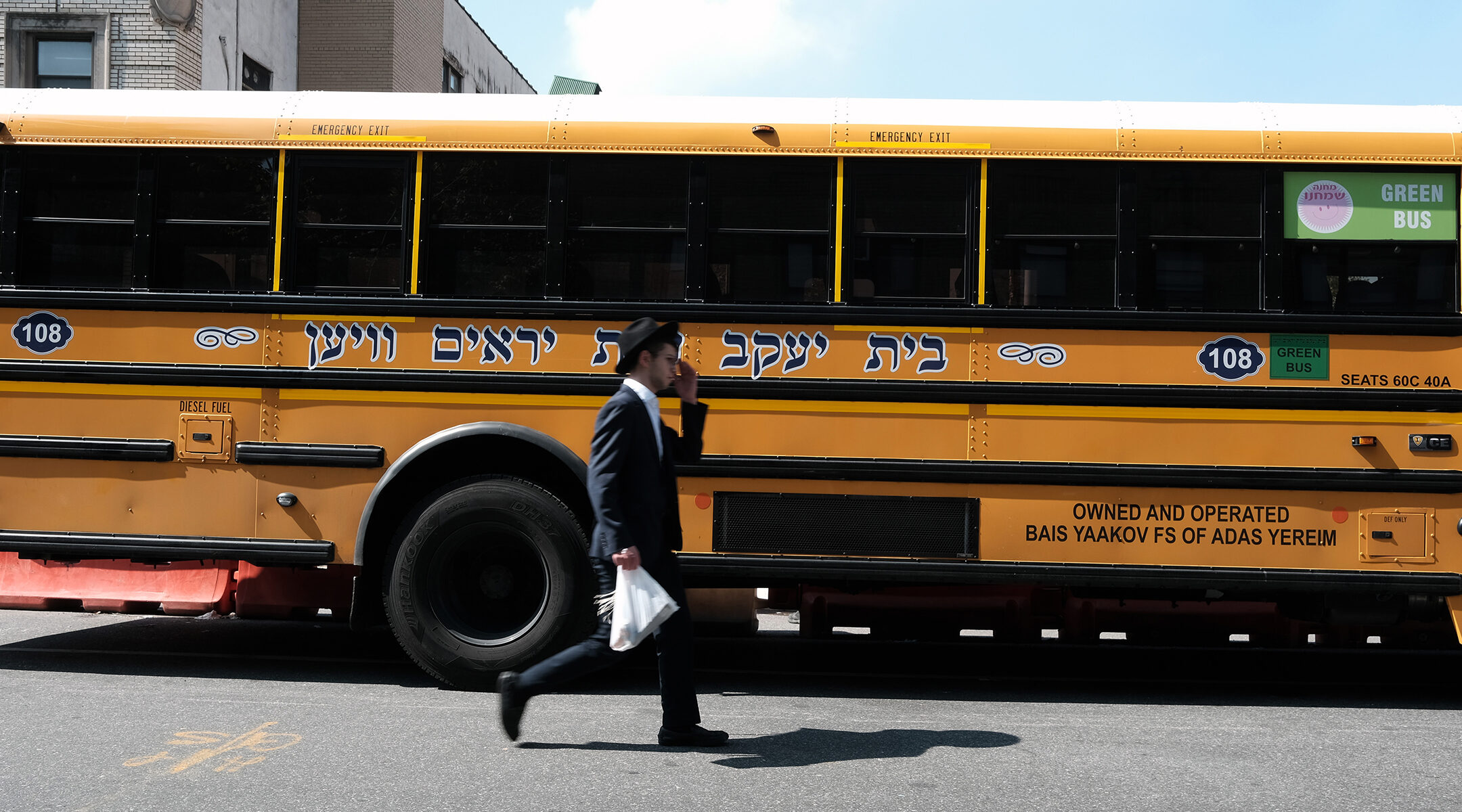 UJA-Federation of New York is the largest single donor to The Jewish Education Project, which received $4.3 million from UJA-New York last year. The JEP offers assistance to Jewish schools, including Hasidic yeshivas in Brooklyn, in accessing government grants for “professional development, student support, and educational materials,” according to its website.

Such public funding is under a spotlight this week after the New York Times published an investigative article saying Hasidic yeshivas continue to receive public funds despite failing to offer secular educations equivalent to those in non-private schools, per state law.

The relationship between UJA-Federation, JEP and the yeshivas was explored Thursday in an article in the Forward.

JEP’s CEO, David Bryfman, said that it was focused on ensuring that yeshivas were able to “access government funds which are due to them.”

“We don’t get into the business of enforcement,” Bryfman told the Forward.

He said this could change unless the government has revoked a school’s registration for violating the law, adding that the organization still offers services to improve the education, regardless of how they handle secular studies.

UJA-Federation is a non-denominational charity that funds hundreds of Jewish nonprofits, schools and grassroots organizations. (UJA-Federation is a funder of 70 Faces Media, the New York Jewish Week’s parent company.) Although its influence among the insular haredi and Hasidic Orthodox communities is limited, it wields considerable political clout and has long boasted of serving Jews across the denominational spectrum.

UJA-Federation officials did not respond to requests for comment.

Naftuli Moster, who as head of the organization Yaffed has led the charge in seeking to improve secular education in Hasidic yeshivas, told the New York Jewish Week that he has “tried to get the UJA involved.”

“They’ve always wanted to stay out of it for fear of upsetting potential parties in the haredi communities,” Moster told the New York Jewish Week.

“I met with [UJA] CEO Eric Goldstein multiple times,” Moster said. “You don’t think I’ve asked him to get involved?”

He added that because of “the revelations coming to the front page of the New York Times, it’s time for Jewish leadership to speak out and demand change.”

The Jewish Community Relations Council of New York, an umbrella group that serves as a liaison among the Jewish community, politicians and law enforcement, put out a statement on Wednesday that it agrees that New York State has “a legitimate interest in ensuring the quality of its students’ education both in private and public schools.”

The New York Board of Regents, which sets education policy for the state, approved new rules on Tuesday setting out how it would determine whether private schools, including yeshivas, are offering secular instruction that is similar to that offered in public schools.

“It is also our view that the new guidelines established by the board be implemented with religious and cultural sensitivity in mind so that they encompass the full spectrum of the educational experience that Yeshiva students undergo on a day-to-day basis,” the JCRC statement said.

A JCRC spokesperson told the New York Jewish Week that the organization is “in discussions with all necessary parties and is working with them to find the best way forward.”

Met Council, an anti-poverty organization and a leading provider of food assistance to impoverished members of Hasidic communities, also receives funding from the federation. It has also not made any public comments about the Times investigation and did not respond to a request for comment from the New York Jewish Week.

The New York Times report was harshly criticized by Hasidic leaders, who claim that they reserve the right to educate their students as they see fit and see government oversight as an infringement of their religious liberty.