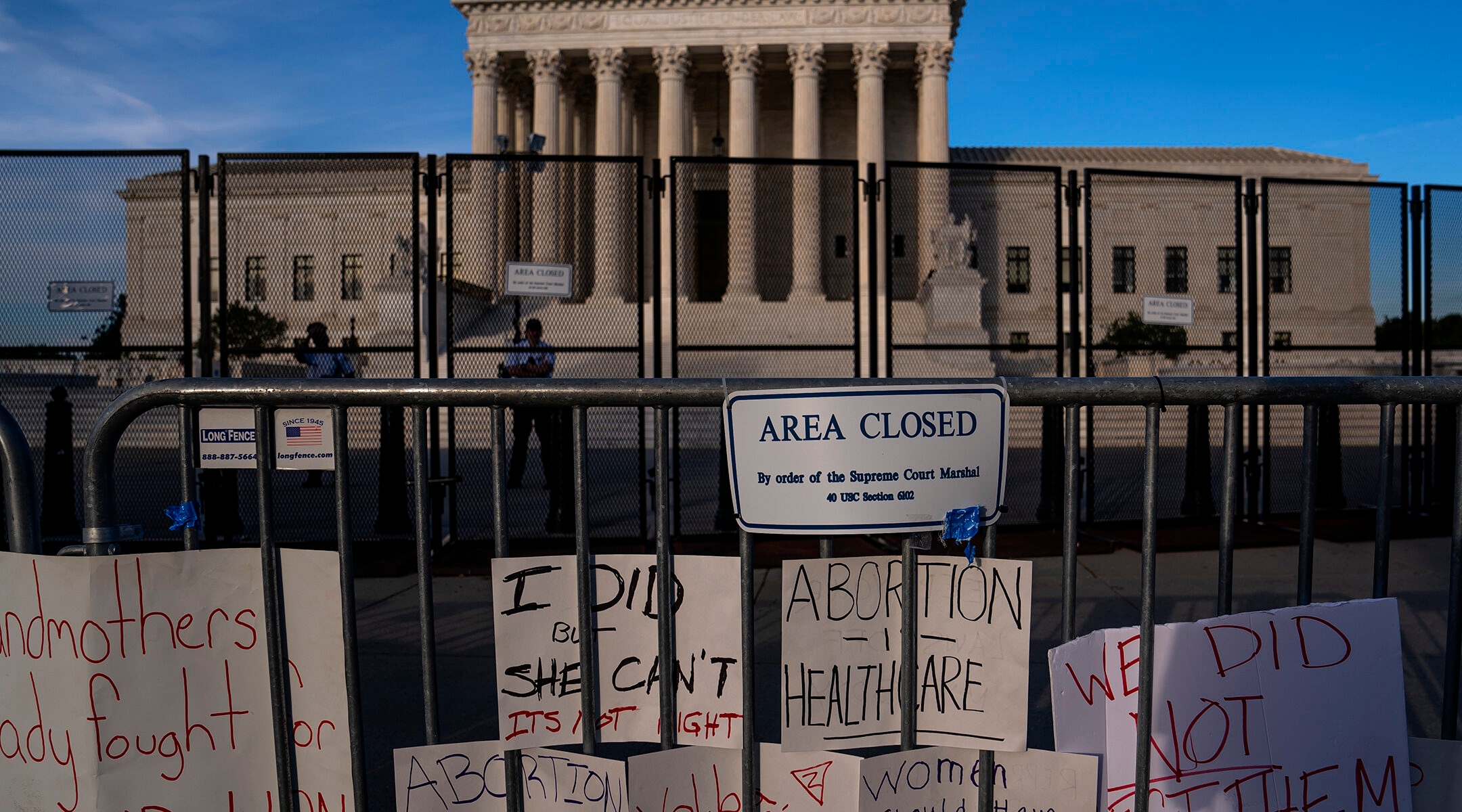 WASHINGTON (JTA) — A poll showed that the Supreme Court’s removal of abortion protections and concerns about democracy are driving Jewish turnout in November, which will favor Democrats substantially.

The poll released Thursday by the Jewish Electorate Institute, a body with a board made up of prominent Jewish Democrats, found that 70% of Jewish voters favored Democrats in the midterm congressional elections, while 24% favored Republicans.

Asked to select from a list the two issues most important to them as they considered their vote, 45% of respondents listed fears about democracy as one of the issues, and 38% listed the court’s reversal of Roe v. Wade, the 1973 decision guaranteeing a right to an abortion.

Respondents were highly motivated to vote, the poll found; 9.3 was the mean in responses to a question measuring motivation with 0 as not motivated and 10 as extremely motivated. Asked if the abortion reversal motivated them to vote, 56% of respondents overall said it made them more motivated, with 44% saying it made them much more motivated. That tracks with data showing voter registration among women overall climbing dramatically after the court’s reversal.

Asked the same question about congressional hearings into the Jan. 6 insurrection spurred by Donald Trump’s false claims that he won the 2020 presidential election, 57% said they were more motivated, with 42% saying they were much more motivated.

Democrats and Republicans have emphasized the threat to democracy in their campaigns, albeit from different perspectives, with Democrats depicting as a threat the falsehoods about the 2020 election peddled Trump and his followers, and Republicans stressing measures they claim will curb voter fraud.

Democrats have emphasized some of the listed issues, such as abortion and guns and climate change, while Republicans have emphasized inflation, national security, and how the Biden administration has handled COVID. Notably absent from the list, however, was crime, a leading Republican campaign issue.

“We decided in this poll to reduce the number of issues because some media had questioned whether Israel was always low on the list due to a large number of issues,” Jim Gerstein, a principal at GBAO Strategies, which conducted this poll and past polls for the Jewish Electorate Institute, said in response to a question from the Jewish Telegraphic Agency about why crime was not included among the issues. “We cut several issues that tested in the second and third tiers in the previous JEI poll, including: crime, healthcare, Ukraine, education, Social Security and Medicare, antisemitism, and Iran.”

The poll continued to reflect the tendency of Jewish voters to favor Democrats; national polls show Democrats are leading Republicans slightly when Americans are asked who they favor in congressional elections. Similarly, the poll showed 70% of Jewish voters approving of how President Joe Biden is doing his job, while national polls show Biden struggling to climb out of the low 40s in his approval rating.

The number of respondents, 7%, who said Israel was a top factor in their voting contrasted with the 71% who said they felt attached to to the country.

One of the questions dove into the perennial question of why Jewish voters rank Israel low on the issues they care about when voting even if it ranks high among their personal issues — a seeming contradiction that has for decades vexed Jewish organizations that place Israel advocacy at the top of their agendas.

Returning to the 93% of respondents who said they would not prioritize Israel as a voting issue, the poll asked “Which of the following reasons best explain why Israel is not one of your top issues?” Of three possible answers, 73% chose “Other issues affect my life more directly”; 12% answered “I don’t see a significant difference between candidates or parties on this issue”; and just 5% answered “Israel is not very important to me.”

The online national survey of 800 Jewish voters conducted by GBAO Strategies, a pollster that works for Democrats and progressive groups between Aug. 25 and Sept. 1. The margin of error was 3.5 percentage points.