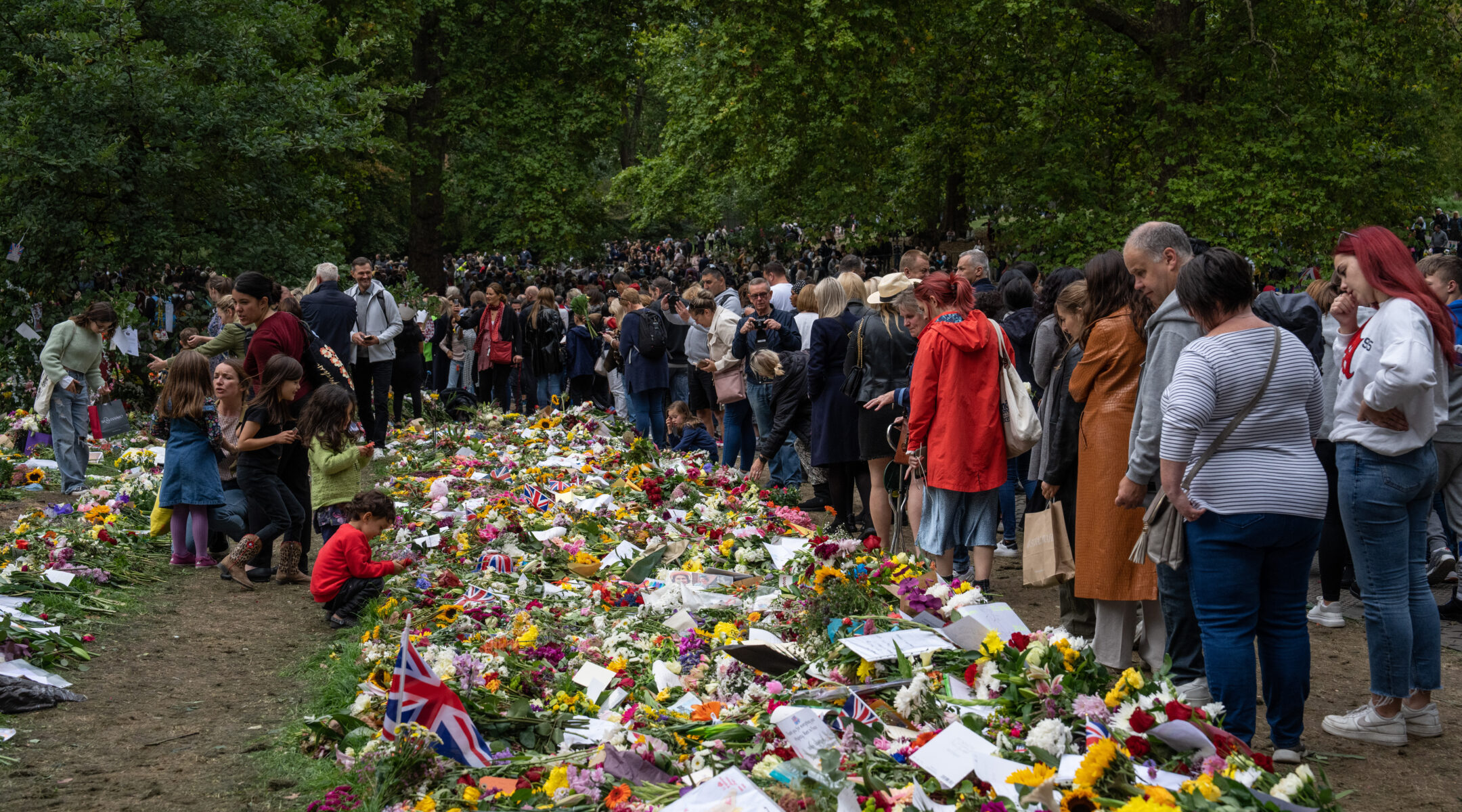 (JTA) — As Britons poured out their sadness over the death of their 70-year queen, they deposited tributes to her all over London — including at a garden designated for memorializing victims of the Holocaust.

Grace Dean, a reporter for Business Insider in London, tweeted on Sunday that the Holocaust Memorial Garden in Hyde Park, not far from Buckingham Palace, had turned into “a makeshift Queen Memorial Garden.” She posted pictures showing bouquets, letters and even pictures of Queen Elizabeth II strewn across the boulders that make up the heart of the Holocaust garden, which was dedicated with fanfare in 1983.

The post quickly elicited expressions of anger and distress that mourning for the queen, who died last week at 96, would usurp mourning for the 6 million Jewish victims of the Nazi genocide during the Holocaust. Some Twitter users called the display a “desecration.”

On Monday, as London prepared for Queen Elizabeth’s funeral, the official account of the Royal Parks, the charity that manages eight parks on royal grounds, tweeted that the items were being removed.

“Good morning Grace,” the account wrote. “The team are carefully removing the tributes from the Holocaust Memorial and laying them with the others in the official floral tribute area.”

It added, “There is also a steward placed there permanently to direct people paying their respects to the floral tribute area.”

A large swath of public space was designated for flowers and other tributes to the queen, whose funeral took place Monday at Westminster Abbey. The tributes mirrored those left for Princess Diana, King Charles’ ex-wife, who died in 1997 and was honored with an estimated 60 million blooms.