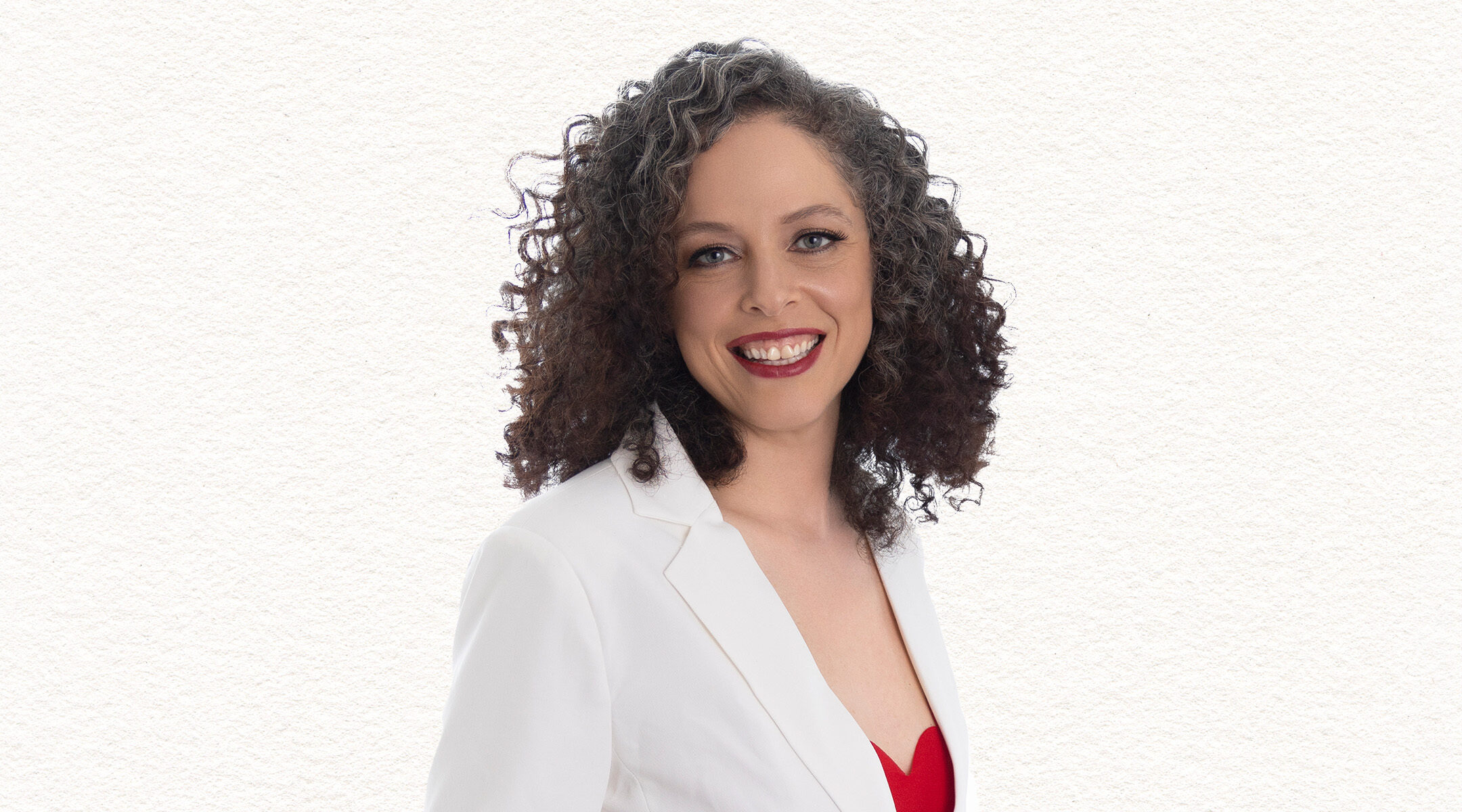 Beatrice Weber, a mother, speaker, writer and activist who left the Hasidic community and has been working with Yaffed for the last three years, will become the organization's next executive director effective Oct. 3. (Courtesy Yaffed)
Advertisement

(New York Jewish Week) — Yaffed, the nonprofit that has likely done more than any other group to advocate for government scrutiny of secular education at Hasidic yeshivas, has named a new chief executive.

Beatrice Weber, a formerly Hasidic mother of 10, will succeed Naftuli Moster as the executive director of the organization, Young Advocates for Fair Education, the group announced Tuesday. A speaker, activist and writer raised in the haredi Orthodox community in Toronto, Weber is also the only parent of a Hasidic yeshiva student so far in New York to file suit, with Yaffed’s help, against a school for failing to provide her child with an adequate secular education.

“The board undertook a rigorous search for a capable leader to usher Yaffed into its second decade,” Yaffed said in its statement announcing her appointment, effective Oct 3. “After reviewing many candidates, it turned out the leader they were looking for was already in their midst, working as a parent ambassador, writing, speaking and advocating for the rights of Hasidic children.”

Yaffed was founded by Moster in 2012 to raise awareness about what it has insisted is a failing by yeshivas to teach children — boys, especially — the basics of math, English and other subjects as required by state law. The group’s cause got a boost last week when the New York Times published an investigation saying that few, if any, boys at Hasidic-run schools in the state passed standardized tests in reading and math, and the state Board of Regents passed new rules for determining that private schools offer instruction that is similar to that offered in public schools.

“Now that the regulations have passed, I believe that there will be a shift and other Jewish and educational organizations will stand together with Yaffed to support this change with a more collaborative approach,” Weber said in a statement to the New York Jewish Week.

“Yaffed’s initial goal was to let everybody know about these issues,” she added. “Ten years ago, nobody was talking about it. And now there is recognition that providing education to all children is a law, those goals have been accomplished. So I think now is the time and space, things may shift.”

Weber filed suit in 2019 against her son’s school, Yeshiva Mesivta Arugath Habosem in Williamsburg, as well as New York City and New York State. Since then she has become a parent-ambassador for Yaffed, speaking out and writing about secular education from the perspective of a parent from the Hasidic community. Moster, meanwhile, is leaving to pursue other endeavors, an announcement he made earlier in the summer.

Weber’s case is still ongoing. In June, a New York State Supreme Court judge ordered the city’s investigation into the school must come to a conclusion in the next four months, the first order of its kind.

“This is the beginning and I am hopeful that it will have an impact for many other children to come,” Weber told the New York Jewish Week at the time.

Weber has lived in Jerusalem and Monsey, New York, and was the wife of a Hasidic rabbi before she left her marriage in 2014.

She holds an MBA from Wayne State College and has leadership experience at other organizations, including Ronald McDonald House in New York, Yaffed said. Weber is also ordained as an “interspiritual minister” through OneSpirit.

“I am humbled, honored and inspired to step into my new position,” Weber said in a press release. “The coming of the New Jewish year makes this transition especially auspicious. The past week has shown the importance of advocating for justice. And I’ve learned from Naftuli that Tikkun Olam — the Jewish value of working on behalf of social change — begins at home.”

“There are so many who agonize over the educational disadvantage that their children have and who want the best for their children — the ability to imagine, the ability to make important personal decisions, to learn how to think, to engage with the world,” Weber told the New York Jewish Week.

“It’s important to emphasize how hard it is for parents [in Hasidic communities] to speak up,” Weber said in a June interview. “But it is important to speak up and it does make a difference.”