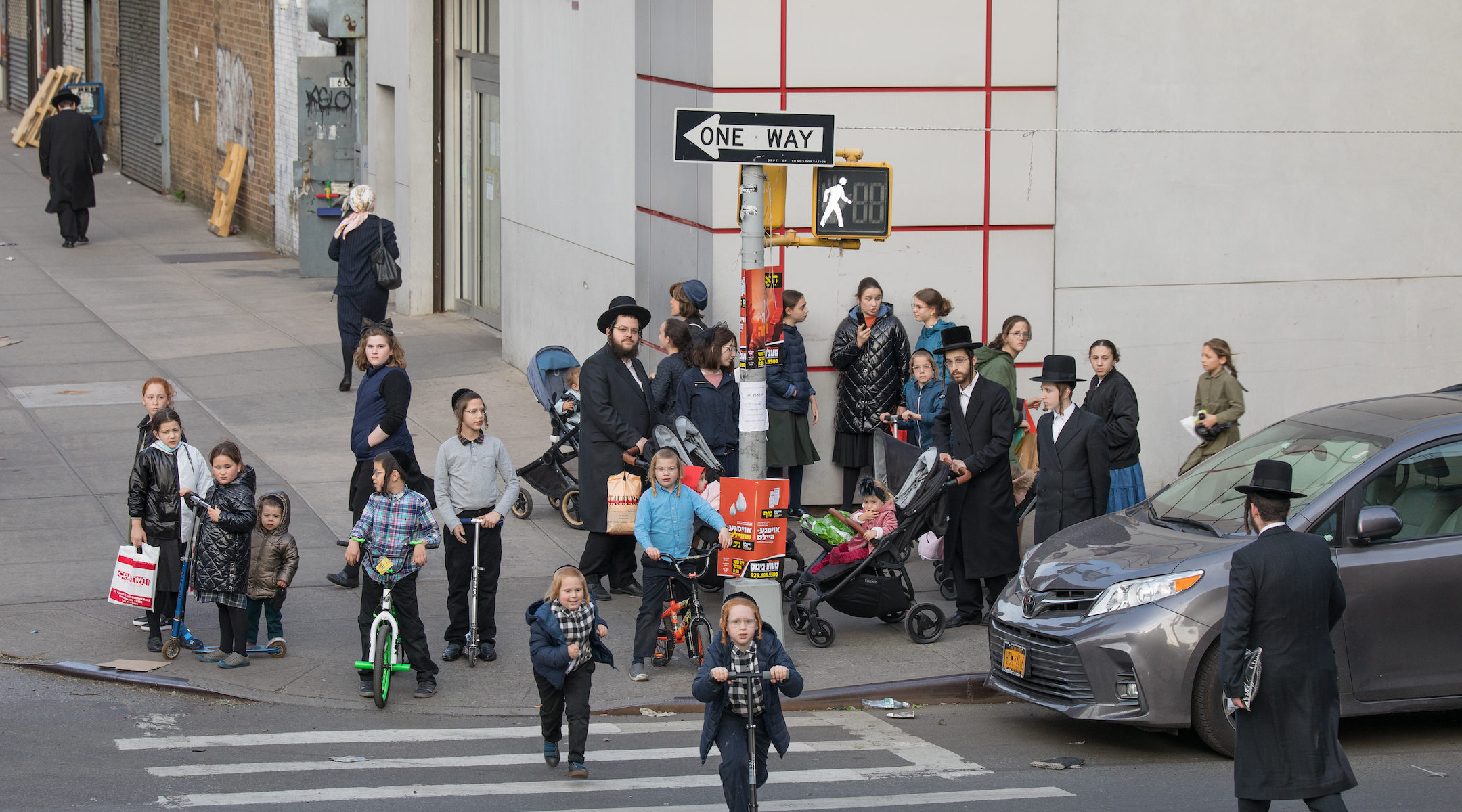 Families walk on the streets of Williamsburg May 12. (Avi Kaye)
Advertisement

(New York Jewish Week) — A New York State Supreme Court justice ruled in favor of an Orthodox Jewish mother who said her son was denied an adequate secular education at his Brooklyn yeshiva.

This week’s ruling directs the state’s Education Department and the city’s Department of Education to complete a long-stalled investigation into the school, Yeshiva Mesivta Arugath Habosem in Williamsburg.

Proponents for improving secular education at yeshivas hailed the ruling. They said it provides momentum in their efforts to get the New York State Education Department to implement proposed regulations meant to ensure that all students receive the education to which they are entitled under the law.

The yeshivas and their advocates say their right to establish their own curricula is a religious liberty issue.

The case heard by the Supreme Court was brought in 2019 by Beatrice Weber, a member of Brooklyn’s Hasidic community, who claimed her youngest son, then 9 years old, wasn’t receiving a “substantially equivalent” — that is, equivalent to public schools — education under the law. A lower court directed her back to a family court. Justice Adam W. Silverman’s ruling on June 7 upheld her appeal.

Weber received assistance from Yaffed, an activist group that is seeking to improve secular education at the Jewish parochial schools. Yaffed helped match her with a lawyer and file the petition.

“We hope this does send a clear message to the city that they must complete their investigation and produce their findings and be transparent about how they’re going to remediate these issues,” Naftuli Moster, founder and executive director of Yaffed, told the New York Jewish Week.

Silverman ruled that the city’s investigation into Weber’s son’s yeshiva, which has been ongoing since 2015, must come to a conclusion within the next four months. This is the first time a judge has formally ordered the city agency to conclude its investigation, according to David Shapiro, Weber’s lawyer.

Critics and defenders of the yeshivas have been weighing in on a new set of proposed guidelines released in March that would direct private schools to show that they meet secular curriculum standards; the public comment period ended May 31. Agudath Israel of America, which represents haredi Orthodox Jews, urged its members to fight the proposed oversight. “We cannot allow the government to come in and unreasonably control how and what we should be teaching our children,” Rabbi Chaim Dovid Zwiebel, Agudah’s executive vice president, said in a statement.

Weber acknowledged that ruling may have come too late to ensure that here son gets a “substantially equivalent” secular education at his yeshiva, where, she said, only one hour a day is allotted towards secular subjects.