(JTA) — After a long career pause brought on by an assault-induced depression and injuries, actor Brendan Fraser is back in headlines, earning early Oscar buzz for his performance in the upcoming movie “The Whale.”

What some of even his most ardent fans might not realize is that one of Fraser’s earliest roles — alongside Matt Damon in what was his first major onscreen role — came in one the few mainstream Hollywood films to focus on antisemitism at non-Jewish schools.

In “School Ties,” which hit theaters 30 years ago this month and was set in the 1950s, Fraser plays David Greene, a working-class Jewish kid from Scranton, Pennsylvania, who enrolls at an elite New England prep school for his senior year of high school, to play quarterback for the vaunted football team.

David is urged to keep his Jewishness a secret, and he proves an instant success on the football field. Faced in the early fall with a Sandy Koufax-esque choice — whether or not to miss a big game that falls on Rosh Hashanah — David sneaks to the campus chapel by himself late at night to say high holiday prayers. Confronted by a dean, he’s asked, “Was it worth it, breaking a tradition just to win a football game?”

“Your tradition or mine, sir?” he replies.

Once a drunken postgame party guest lets the secret slip, David finds himself an outcast. What begins with a few jokes about “Jews and communists” at Harvard and how a classmate “Jewed” someone down for a deal for a stereo gives way to antisemitic slurs during a shower room brawl (with Damon’s villain character Charlie Dillon), a swastika on his dorm room wall and a cheating scandal meant to frame David.

All of his classmates, unlike him, are from the upper-crust WASP class and under pressure to be the fifth or sixth generation of their family to attend an Ivy League school. It’s also clear that many of them had never met a Jew in their life.

“School Ties” was directed by Jewish filmmaker Robert Mandel and written by, of all people, “Law & Order” creator Dick Wolf. Wolf’s father was Jewish, but he had a Catholic mother and was an altar boy; Wolf also attended the prestigious Philips Academy in Massachusetts. (Fraser is not Jewish, and Randall Batinkoff, who has a minor role, appears to be the only Jewish actor in the cast, although Cole Hauser, on his mother’s side, was descended from Warner Brothers’ Jewish co-founder Harry Warner.) Mandel has said in interviews that he experienced antisemitism during his college years at Bucknell University in the 1960s.

“School Ties” was an overly didactic box office bust, but it has become known for helping to kickstart the careers of Fraser (known for starring in blockbusters like “The Mummy” and “George of the Jungle”), Damon and two of Damon’s future “Good Will Hunting” co-stars: Hauser and Ben Affleck. It also features Anthony Rapp, who would go on to originate the role of Mark Cohen in the Broadway musical “Rent.” 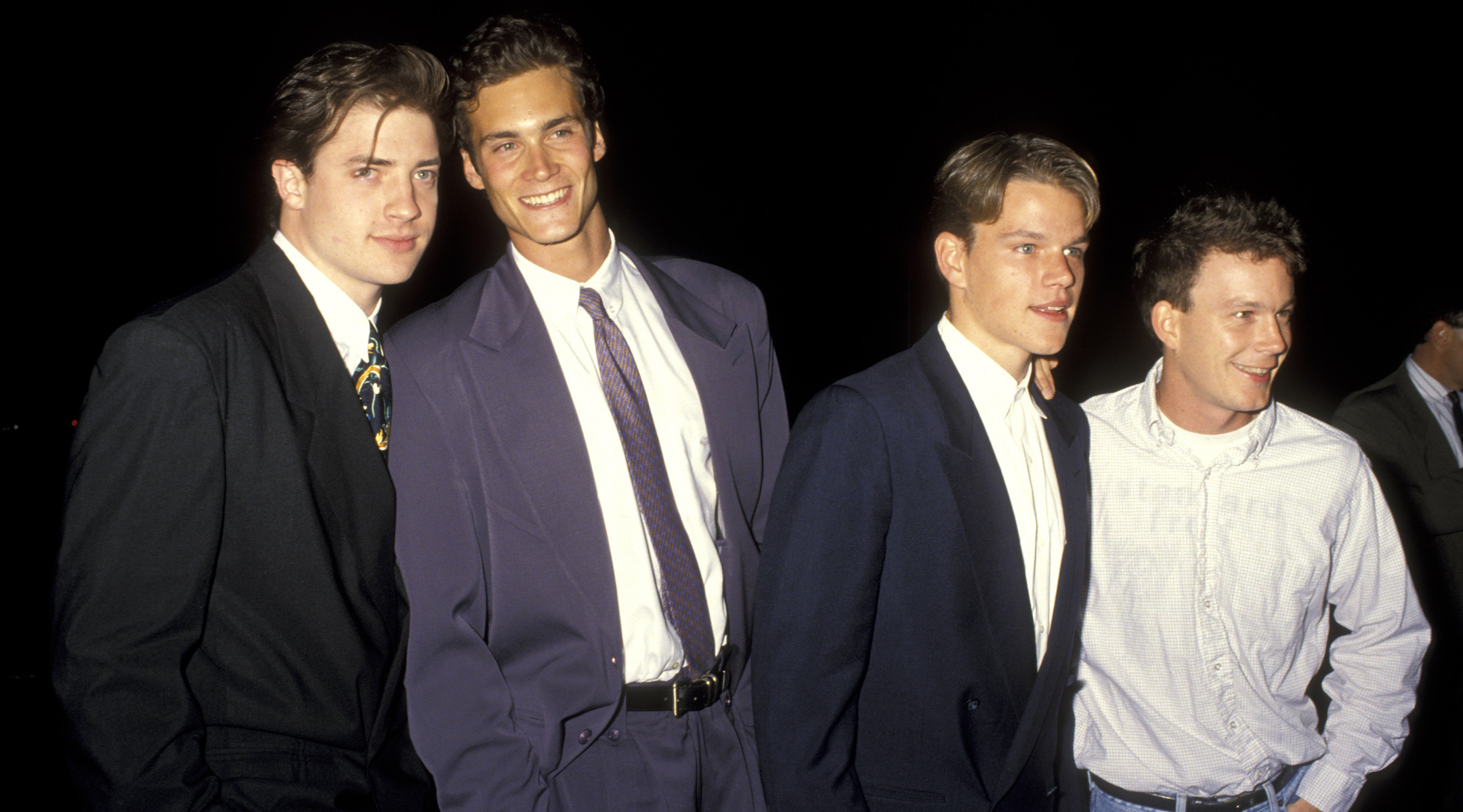 For Jewish fans and sports figures, the movie remains a unique cultural touchstone.

Brent Novoselsky, a Jewish native of Skokie, Illinois, who played seven seasons in the NFL as a tight end, mostly for the Minnesota Vikings, told the Jewish Telegraphic Agency that the film tackled a real slice of history that affected Jewish athletes.

“I was impacted by the movie as the 40s, 50s and 60s were a rough time to be Jewish in the U.S.,” said Novoselsky in an interview during the week of his induction into the Philadelphia Jewish Sports Hall of Fame, on Sept. 21. “I know this because of my involvement in the B’nai B’rith Sports Lodge of Chicago. The main reason it existed was to give Jewish people in Chicago an outlet for bowling and other sports that they weren’t allowed to participate in.”

In 2020, Michael Neuman, an Orthodox psychologist who had competed on and won a Lebron James-hosted obstacle course show in a yarmulke in 2019, hosted a Zoom call of current and former Jewish NFL players. The group discussed their experiences in the league, tied to the then-controversy involving an antisemitic social media post by former star player DeSean Jackson.

Neuman, who is in his late 20s and was therefore born before “School Ties” came out, had not seen the film when first asked about it. But he had some thoughts after watching it recently.

“One of the main things we see in the movie is to be proud of who you are, though our environment may strip us away from that reality,” Neuman said. “Unfortunately, many of us decide not to stand up for who we are and let people walk all over our identity.

“David wanted a life he thought he’d be happy in, and when the hate was targeted at him to bring him down, he reacted and believed it. As he said, he lied to himself but he allowed these people to make him feel differently than he is. If he knows he is a proud Jew and not different then any of the other students, then he wouldn’t have reacted with rage like at the beginning and handled the situation as he did at the end.”

Part of what makes the plot work is that David Greene is such a common name, one that’s relatively ethnically ambiguous. The exhibitions curator and historian at the United States Holocaust Memorial Museum is named David Greene, while David Green is also the name of the non-Jewish founder of Hobby Lobby. The University of Georgia, from 2001 to 2005, even had a quarterback named David Greene, although he doesn’t appear to have been Jewish.