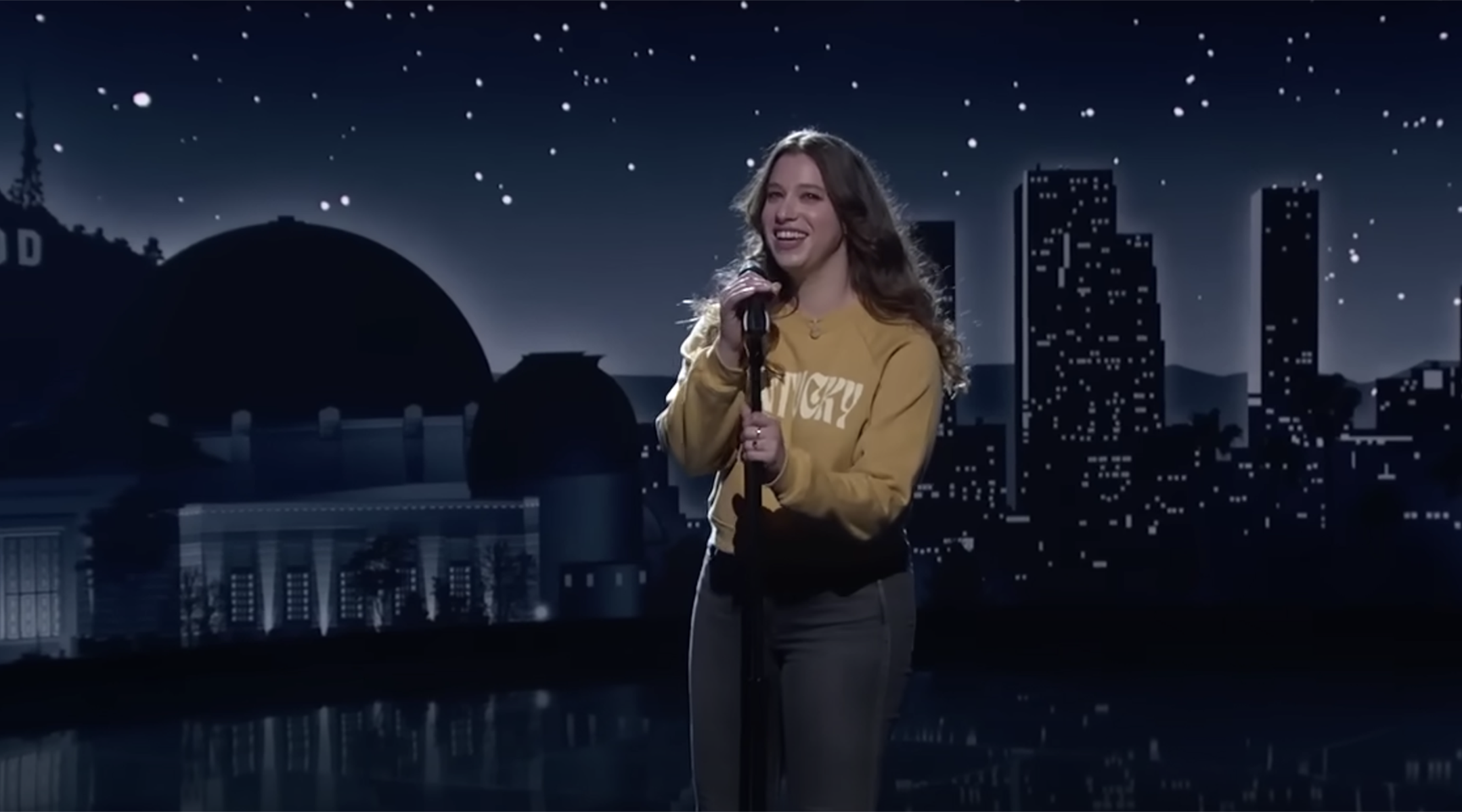 (JTA) — Two weeks ago, Ariel Elias, then a little-known standup comedian performing at a club in New Jersey, had a beer thrown at her head from a group of Trump-supporting hecklers who discovered she voted for Joe Biden. After the beer smashed against the brick wall behind her, she picked up the splattered can and chugged its remaining contents.

It made for a very viral video and caught the attention of comedians from Whitney Cummings to Jimmy Kimmel, prompting the latter to invite her onto his late-night talk show.

“I’m Jewish and from Kentucky,” she said to applause. “That’s an insane origin story.”

Elias focused on what it was like growing up as a Jewish kid in the South, such as the way people pronounced her name (like “Earl”) and how classmates told her she was going to hell “from a place of love.” She also recalled a story from high school when her parents, who had moved to Kentucky from New Jersey, sat her down to tell her that they didn’t care if she was gay — they just wanted her to date someone Jewish.

“As long as they’re Jewish? We live in Kentucky. The choices are my dad or my brother, that’s it,” she said.

Watch her full set below: