For some Americans who moved to Israel, this week’s election results are conjuring 2016 deja vu 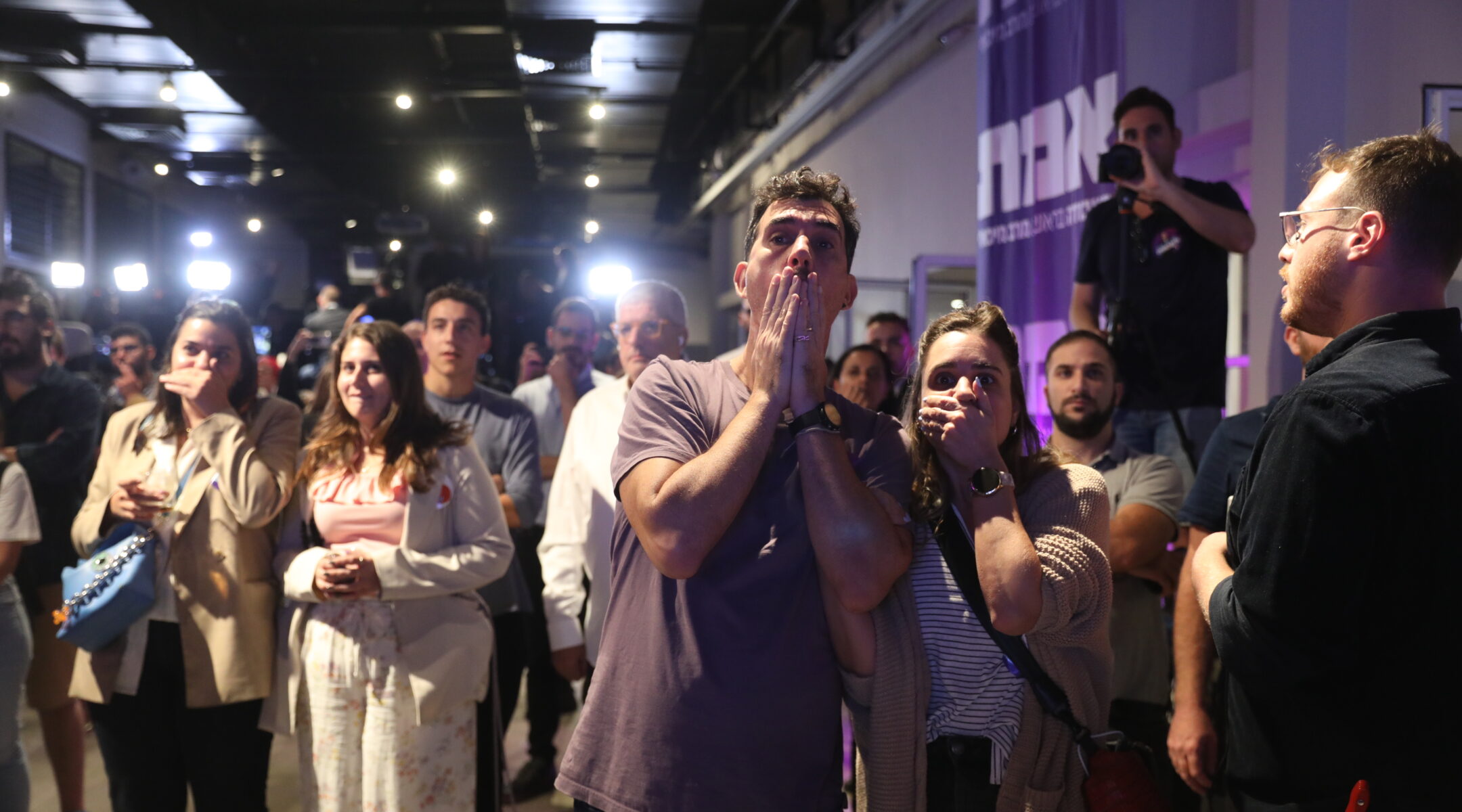 Supporters of the liberal Labor Party react as the results of the Israeli elections are announced, in Tel Aviv, Nov. 1, 2022. (Noam Revkin Fenton/Flash90)
Advertisement

(JTA) — As she walked along Tel Aviv’s long stretch of boardwalk Wednesday afternoon, the mounting returns making clear that Israel’s next government would be right-wing, Bridget Gottdank thought back to another time she cast a losing vote for a liberal candidate.

“All day I’ve been thinking about 2016. When I found out [Donald Trump] was elected, it was this dumbfounded feeling, like this doesn’t feel real, I can’t believe he was elected,” she told the Jewish Telegraphic Agency. “That’s how I’m feeling now.”

Gottdank moved to Israel from Philadelphia 10 months ago, midway through what is turning out to be an interlude in the tenure of Israeli prime minister Benjamin Netanyahu. An unusual coalition had united to oust him from power, giving at least some Israelis — and many American Jews — hope that the country would take a turn to the center after 12 years of right-wing governments. Tuesday’s election not only positioned Netanyahu to return to power but delivered a stunning vote tally to an extremist party, giving its leader, Itamar Ben-Gvir, potentially significant sway over the country’s future.

For many Israelis, it was the fifth election in less than four years. For Gottdank, it was the first in her new country, and she cast her ballot for the left-wing Meretz party. Meretz appears unlikely to get enough votes to install any of its politicians in the parliament, even in the opposition. 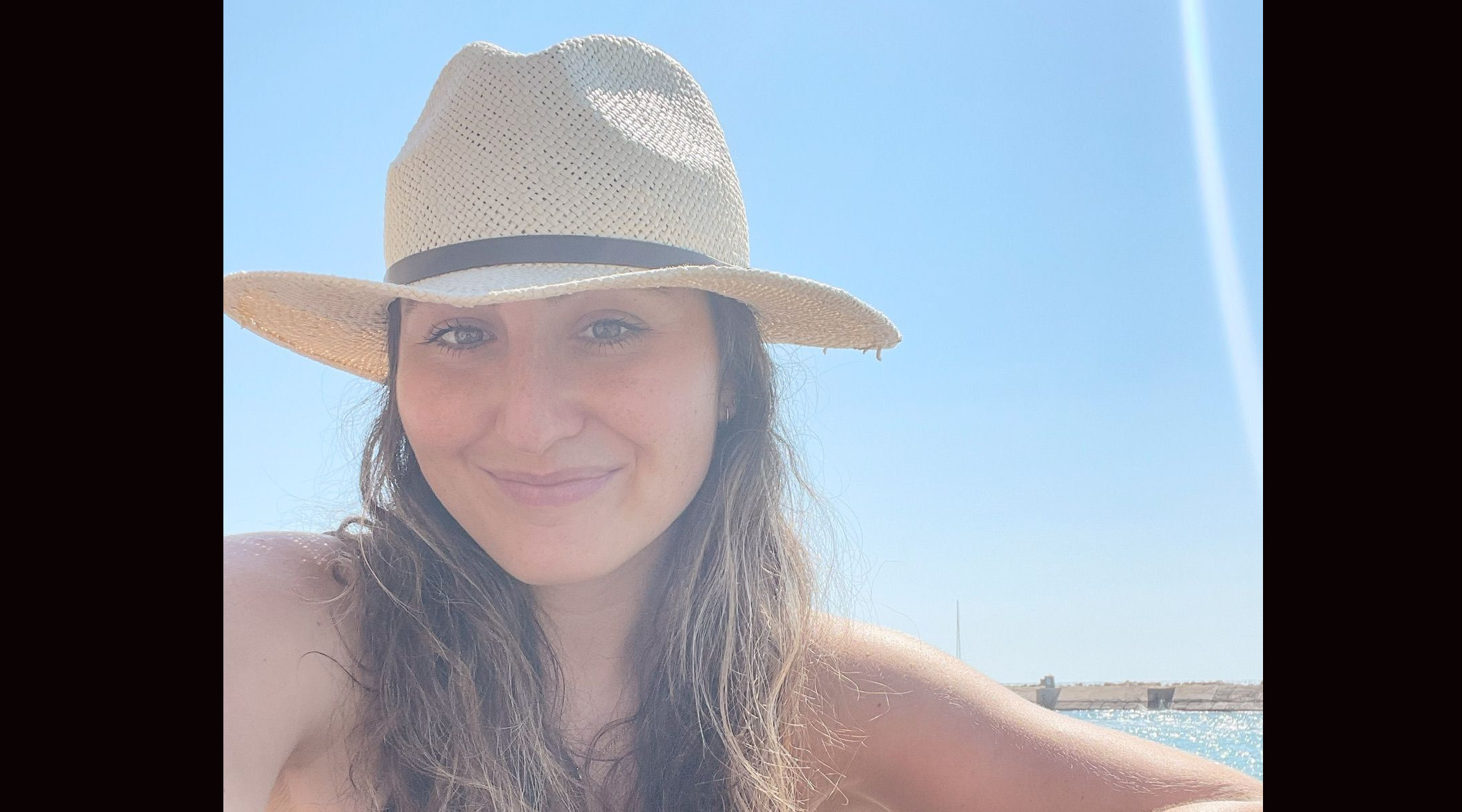 Bridget Gottdank moved from the United States to Israel in 2021. She said Israel’s 2022 election results reminded her of Donald Trump’s election as U.S. president in 2016. (Courtesy of Gottdank)

“It’s just embarrassing that this is what’s representing the Jewish people,” she said. “We do have a spotlight on us, and because we have that, we should want to do better.”

Gottdank’s deja vu echoed throughout Tel Aviv and other pockets of the country where liberal Americans have moved. After the 2016 election that made Trump president, American liberals, including the majority of U.S. Jews, were devastated. For many, the pain was made worse because the popular vote was close while the electoral system offered the right-wing candidate a clear majority — a dynamic that appears to be playing out in Israel’s latest election, too.

“TLV on 11/2/22 is feeling a lot like NYC on 11/9/16,” Blake Flayton, an outspoken American Zionist who immigrated to Israel earlier this year, tweeted on Wednesday.

For Yonatan Shargian, who moved from New Jersey three years ago and voted for Meretz, having had the experience of watching Trump win in 2016 prepared him for the “sinking feeling” of watching Israel’s election results unfold this week.

“To most people in my bubble, it was obvious Trump would lose,” he recalled. Now, he said, he knows that “what is in my immediate surroundings is not necessarily what’s going on in the rest of society.”

Shargian emphasized the risks of drawing parallels between the two countries. “I don’t think it’s comparable because unlike in the U.S., the right wing here is both a political and demographic majority,” he said. Still, he said, the feeling of seeing so many of his countrymen side with a leader whose values are so far from his own remains the same: “It sucks.”

Not all American immigrants to Israel were disappointed by the results. Many recent arrivals are part of Orthodox communities, where voters tend to support religious parties on the right. But even in Tel Aviv, where voters would have easily preserved the current centrist leadership of Prime Minister Yair Lapid, the occasional Ben-Gvir voter could be found.

Clay, an immigrant from the United States who asked not to have his last name published because of his work as a political analyst, said he had always voted for third-party candidates in California, where he lived until 2016. In Israel, he said, his experience of not seeing himself in the leading parties has continued.

“I’m politically homeless,” said Clay, who served in the Israeli army. “I vote for the religious parties even though I’m not religious because I feel like they’re more morally consistent than some of the left-wing parties, even if those parties hold views that I agree with on other issues, like climate and civil liberties.”

Tuly Weisz, who lives in Beit Shemesh, a religious city, said he voted for Barack Obama when he lived in the United States. This week in Israel, where he has lived for the last 11 years after moving from Ohio, he cast his ballot for Ben-Gvir.

“The way that I saw it was that a vote for religious Zionism was also a vote for Bibi, and so having Netanyahu as the prime minister, with a strong pull to the right, is exactly how I would have envisioned it,” he said.

Weisz, who works to engage evangelical Christians to support Israel, said he disagreed with the Religious Zionists about pluralism, which he supports, but that he valued security over all other issues when voting. Ben-Gvir’s platform, which includes giving police more freedom to use deadly force and expelling Arabs who are “disloyal” from the country, would add to safety, he said. He also said he supported the Religious Zionists’ ambitions to make the judiciary more conservative, to treat the West Bank as part of Israel and to permit Jewish prayer at the Temple Mount, where it has been banned because the space is shared with the Muslim Dome of the Rock.

“I would never think of myself as a racist,” Weisz said. “But I do understand that my love for the Jewish people comes before my love for democracy here in Israel.”

In Tzur Hadassah, a politically moderate suburb of Jerusalem, Ari Hoffman said he cried as he cast his first ballot after moving from Denver last summer. 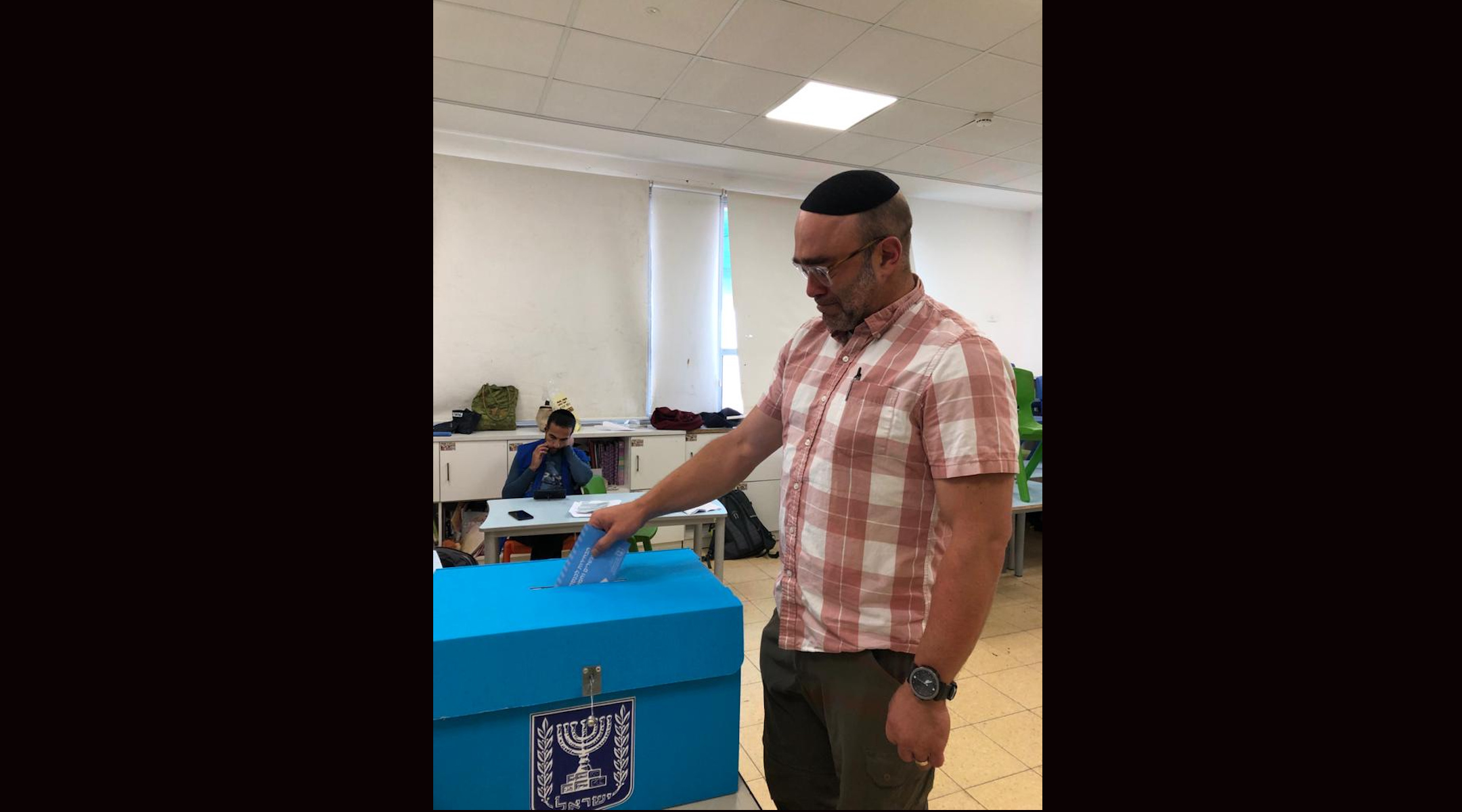 “It was an emotional thing for me to have my first time having a vote in the Jewish state,” said Hoffman, a psychotherapist whose clients are largely in the United States. “Politically, it was more important to vote than who I voted for.”

Ultimately, after getting a tutorial in Israel’s complicated political system from a friend who immigrated earlier, he decided to vote for Yesh Atid, Lapid’s centrist party.

“The social values are consistent with my values, but not necessarily the religious ones,” said Hoffman, who is Orthodox. “I had to make a choice.”

He said he was disappointed by the results but not overly worried because he expected that a new government would not last long. His wife, Miriam Hoffman, said she was more concerned.

“I want for our world a less tribal, less polarized political and social environment. This to me felt like a doubling down of that tribalism,” she said. “I feel pretty disappointed. I don’t know that practically a whole lot will change, but it’s not what I want for the world I live in.”

Miriam Hoffman said she had spent the morning after the election at the Israel Museum, where she saw Hebrew- and Arabic-speaking school groups sharing the space.

“It reminded me that this country is really a diverse and colorful and human place,” she said. “Yes, the government in charge does impact daily life, but at the core there’s really good people who want to put food on their tables and take care of their families and I hope that goodness wins out at the end of the day.”

Her hope, she said, is tempered by having seen what has happened in the United States over the past six years. “My initial reaction is — oh, this neofascist rhetoric, it feels familiar,” she said.

The Hoffmans said they had grappled with whether it was fair to make a move that would obligate their children, who are 17, 13 and 7, to military service. Ultimately, they concluded that it was, and their oldest child has her first summons to the Israel Defense Forces next month. Ari Hoffman said he was proud of his daughter but concerned that provocations by Ben-Gvir and his followers, who have fueled conflicts in the past, could put her and others at risk.

“If, God forbid, one of my children got hurt because of something Ben-Gvir does – is it worth my child’s blood for you to be an asshole?” he asked. “I hope I never have to find out the answer to that question. But other people will have to encounter that challenge.”

Back on the boardwalk in Tel Aviv, Ashley, who moved to Israel in 2015, said she shared in the sadness being experienced across the country’s famously liberal city. “I’m not one for dramatics, I’m not in tears. But it’s disappointing for sure,” she said.

Until 2016, Ashley and her family typically voted Republican in the United States. But in this week’s election in Israel, the former New Yorker cast her ballot for Yesh Atid. She said she wished she had moved further to the left and voted for the Labor party.

“I’m not sure if my opinions have moved a bit leftward,” she said, “or I’m just as center-moderate as ever and everyone else is moving further to the extremes.”