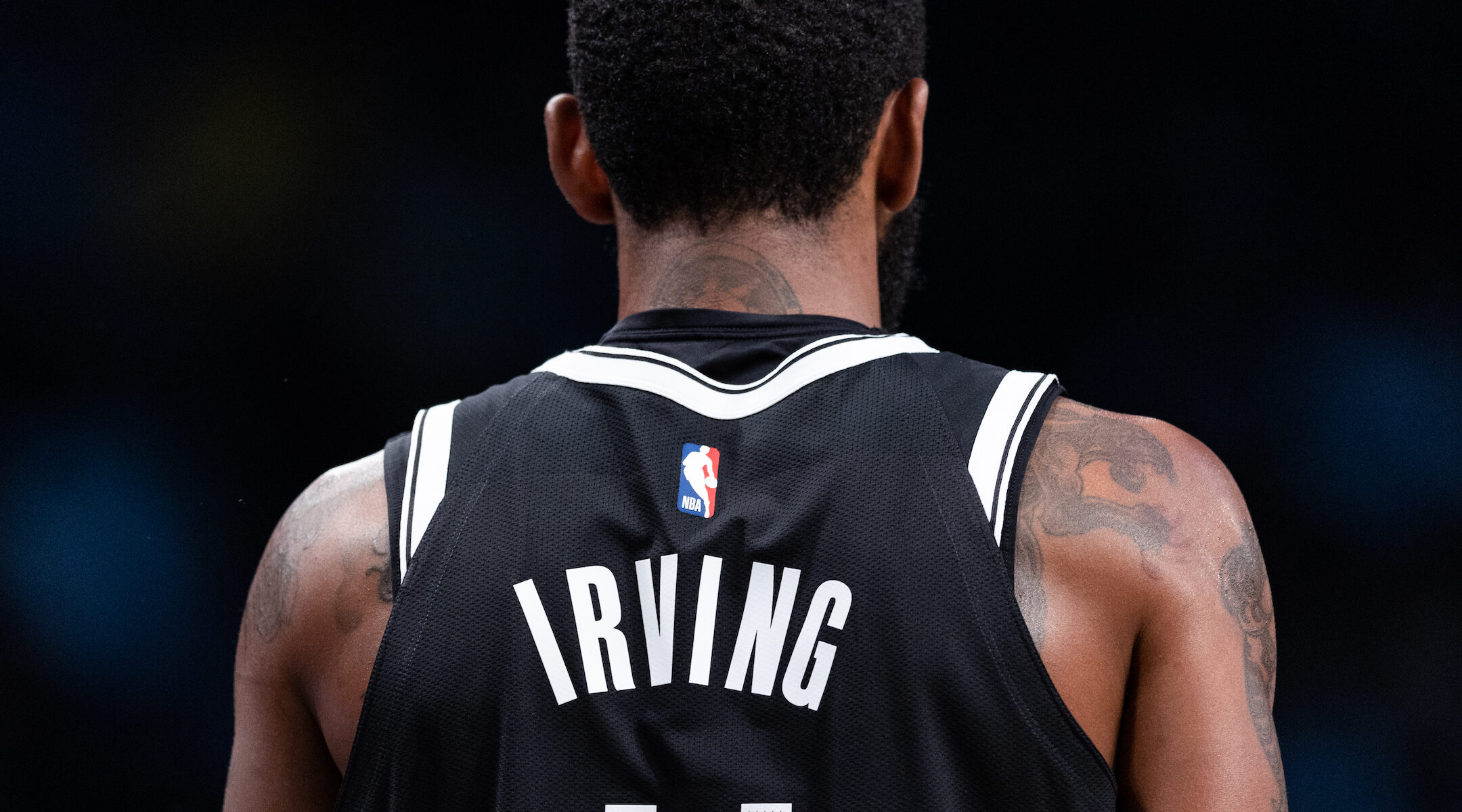 (JTA) — A powerful revival of “Parade,” the 1998 Broadway musical about the 1915 lynching of the Jewish factory manager Leo Frank by a Georgia mob, is wrapping up a short-term engagement at New York’s City Center. The show is stirring and moving without trivializing or exploiting one of the worst antisemitic incidents in U.S. history.

And yet I couldn’t quite shake my discomfort that this lavishly orchestrated, heart-tugging musical about the post-Reconstruction South was focused on the lynching of a white man. Alfred Uhry, who wrote the book, and Jason Robert Brown, seem to have anticipated this. They include a song, sung by two Black characters, noting that the Frank case would not have gotten half the attention it did if Frank or the girl he allegedly killed were Black.

For all the glorification of Black and Jewish cooperation in the civil rights era — some of it exaggerated, much of it deserved — the two communities have long been locked in this kind of competitive suffering. Black leaders have questioned Jewish claims to victimhood — especially when Jews accuse other Black leaders, such as Louis Farrakhan, of antisemitism — and have accused Jews of amplifying the power and reach of Black antisemites for their own ends.

Jews, meanwhile, resent being told that, as a community that tends to be seen as white, successful and politically influential, they can’t be regarded as victims of bigotry, especially when it comes from a disempowered minority.

Both dynamics have played out in the case of Kyrie Irving, the Brooklyn Nets star who shared a link to “Hebrews to Negroes: Wake Up Black America,” a 2018 film that contains a host of antisemitic tropes and that is based on a book that, no doubt thanks to Irving, is now a bestseller. In defending his decision to share the film — and giving it perhaps the widest platform it ever enjoyed — Irving downplayed his own sizable Twitter following and influence. “You guys come in here and make up this powerful influence that I have … [and say], ‘You cannot post that.’ Why not? Why not?” he asked reporters.

The canards shared in the film — especially the notion that Blacks are the “real” Jews — are rooted in the idea that “the greatness of Black men is being hidden or stolen from them,” as Jemele Hill, a Black sports journalist, explains in a piece in the Atlantic. What dismays Hill and other critics of Irving — Black, Jewish, both and neither — is that this understandable impulse to promote Black empowerment draws on a history of classic antisemitism: The film cites Henry Ford’s antisemitic opus “The International Jew” and denies the Holocaust. It claims that Jews have used falsehoods to “conceal their nature and protect their status and power.”

Writes Hill: “Irving has joined a troubling club of high-profile Black male celebrities — also including the rapper Kanye West — who have stubbornly embraced conspiracy theories, particularly anti-Semitic ones, under the pretext of seeking a deeper truth about their own origins.”

Some white liberal Jews are uncomfortable about calling out certain forms of antisemitism by prominent Blacks precisely because of a perceived power imbalance between Blacks and Jews, or because the ideas come from a place where ignorance meets legitimate grievance. Some Black leaders have similarly excused the long history of antisemitism and bigotry by Farrakhan’s Nation of Islam because the group has been seen as a force for good in impoverished Black communities.

And still others have suggested that Ye, with a history of mental illness, and Irving, who often dabbles in conspiracy theories, should not be subjected to the blunt outrage used to combat white supremacy and anti-Zionism. Or that none of us should be in the business of “policing the expression of Black athletes,” as the sports journalist Shireen Ahmed put it (before condemning Irving, it should be said).

These attitudes are patronizing, and it’s important to note that few if any influential Jews or Black commentators went there this week. West and Irving had few defenders for the antisemitic things they said or shared (although there was some Twitter “what-aboutism” suggesting the NBA was more concerned about a Black man’s antisemitism than China’s treatment of the Uighurs — a sticking point for a league that does major business in China).

On the left, Dave Zirin of The Nation writes about the link between racism and antisemitism and the far right: “What terrifies me about the current moment is that Kyrie’s politics are migrating and finding a sick alliance among Nazis, fascists, nationalists, and all manner of white supremacists who have long promoted these notions but wanted no part of Black politics unless it was about expressing common separatist ideas.”

As Zirin suggests, the canards West and Irivng are sharing are hardly unique to the Black community. Antisemitism and racism are social prejudices “that all peoples and societies fall prey to,” is how Kendell Pinkney, who is Black and Jewish, put it in a JTA essay.

The Jewish community doesn’t have the luxury of condescension when celebrities, however troubled, insert insidious ideas into the social media ecosphere. On Thursday, as the Nets, Kyrie, the NBA and the Anti-Defamation League were going back and forth on how to defuse his behavior, the FBI warned New Jersey synagogues of a credible “broad threat” against them, apparently from a man, so far unidentified, who holds “radical extremist views.” Jews are vigilant about diehard conspiracy theories, political dog whistles and online harassment not because they want to “protect their status and power,” but because they have seen spasms of deadly violence inspired by garbage shared online.

Late Thursday night, Irving at last apologized for his tweet, writing, “I posted a Documentary that contained some false anti-Semitic statements, narratives, and language that were untrue and offensive to the Jewish Race/Religion, and I take full accountability and responsibly for my actions.” His statement came after the Nets suspended him for a minimum of five games.

It’s not clear what other acts of contrition he might undertake, but I suggest he read up on the Leo Frank case, in which a Jewish man was falsely accused of murder by the same bigots who enforced Jim Crow. He might learn that when it comes to confronting hate and bigotry, Jews and Blacks have more to gain by listening to one another than tweeting about each other.