‘F— antisemitism,’ John Mellencamp says as his Jewish lawyer is inducted into Rock and Roll Hall of Fame 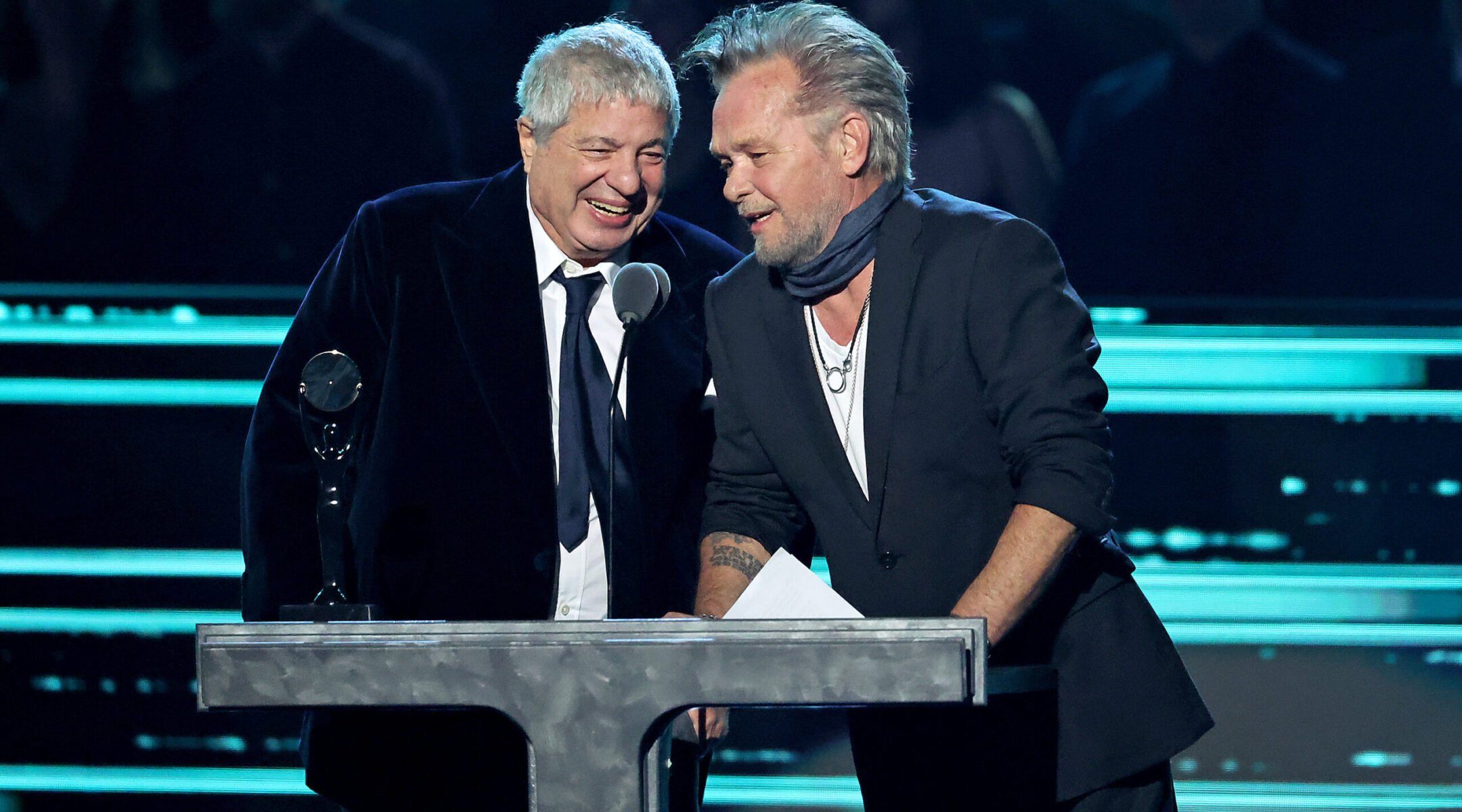 (JTA) — As Kanye West extended his antisemitic spree by tweeting about Jewish agents in Hollywood, the rocker John Mellencamp took the stage at the Rock and Roll Hall of Fame and said this about his longtime lawyer: “Allen is Jewish.”

The line began an impassioned speech about the importance of non-Jews standing up for Jewish people at a time of antisemitism and anxiety for many of them, especially as white supremacists have taken up West’s comments as a rallying cry.

Mellencamp was speaking on behalf of Allen Grubman, a prominent music industry attorney who was being inducted because of his efforts to strike agreements that let artists retain creative rights over their work. Onstage Saturday night at the Microsoft Theater in Los Angeles, Mellencamp embraced his longtime friend and called him a “true mensch.”

“Allen is Jewish, and I bring that up for one reason: I’m a gentile, and my life has been enriched by countless Jewish people,” said Mellencamp, whose songs “Jack & Diane,” “Little Pink Houses” and “Hurts So Good” were hits in the 1980s.

“I cannot tell you how f—ing important it is to speak out if you’re an artist against antisemitism,” Mellencamp went on. “I don’t give a f—, I don’t care [about people’s identity]. Here’s the trick: Silence is complicity. I’m standing here tonight loudly and proudly with Allen, his family and all of my Jewish friends and all of the Jewish people of the world.”

Grubman is among a cohort of Jewish attorneys and executives who sit at the top tiers of the entertainment industry. He has represented Madonna, Elton John, Bruce Springsteen and Billy Joel, who sued him in 1992 for not disclosing that he was working for both Joel and his record label. (Joel dropped the lawsuit after the label paid him $3 million.) Newsweek called Grubman “perhaps the music industry’s wealthiest and most powerful attorney” in 2001, and a 1998 Los Angeles Times profile said he had “octopus-like grip on the upper echelon of the pop music world.”

Born and raised in Brooklyn and now in his 80’s, Grubman said last week that he was proud of what he had accomplished in the music industry, peppering in the Yiddish that he has used throughout his career. (“Life is 80% mazel and 20% brains,” he told the Los Angeles Times in 1998, using the Yiddish word for luck.)

“I tried to move the leverage from the labels to the artists,” he told Variety. “And I feel I was pretty successful doing so, which took chutzpah.”

It was not the first time that Mellencamp had publicly taken a stand to support Jews: Early in his career, he used the stage name John Cougar at the encouragement of his manager. “His whole explanation to me was that Mellencamp was first of all a German name, and he was Jewish,” the singer told GQ earlier this year. “And I kinda understood that point.”