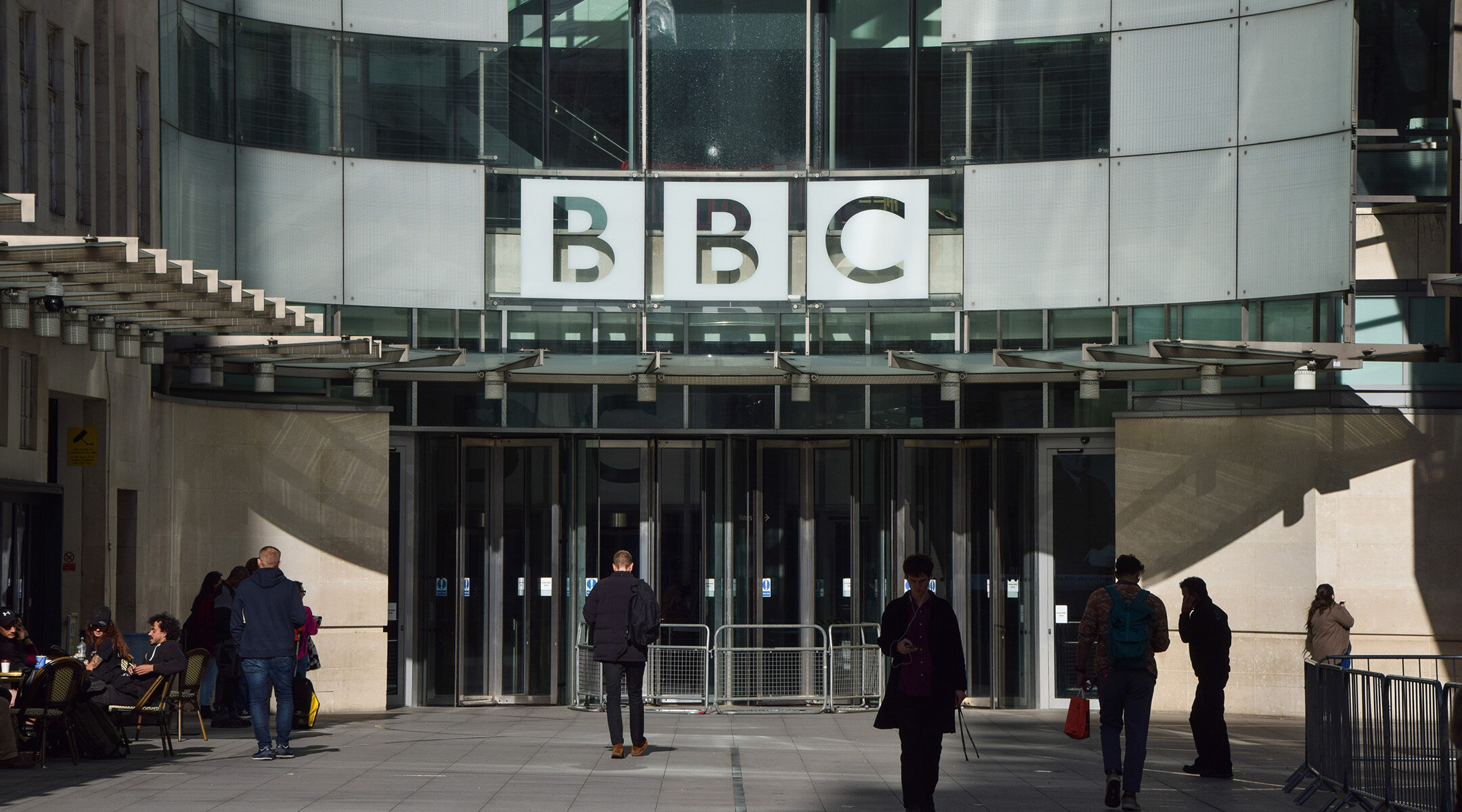 (JTA) — A BBC article about an attack on a bus full of Jewish students celebrating Hanukkah last year contained “significant editorial failings,” according to a report released by the British government’s media regulator on Monday.

Last November, the bus was driving along London’s Oxford Street when it was accosted by a group of men who made obscene gestures and remarks and reportedly threw a shopping basket at the bus riders. The BBC reported that an audio recording from the incident contained anti-Muslim slurs coming from someone on the bus.

But the BBC had also received information indicating that the language was misinterpreted at first, and that the wording could have been the phrase “Call someone, it’s urgent” in Hebrew.

“The BBC’s reports claimed that an audio recording made during the incident included anti-Muslim slurs – which it later changed to the singular ‘slur’ – which came from inside the bus. Shortly afterwards, it received evidence which disputed this interpretation of the audio,” the Ofcom regulator wrote.

“The BBC failed to promptly acknowledge that the audio was disputed and did not update its online news article to reflect this for almost eight weeks,” an Ofcom statement continued. “During this time the BBC was aware that the article’s content was causing significant distress and anxiety to the victims of the attack and the wider Jewish community.”

The November 2021 report prompted indignation from British Jewish groups and led to a December protest of about 200 people outside BBC headquarters, organized by the Campaign Against Antisemitism. The incident has become fodder for critics of the BBC who say the network regularly reflects an antisemitic and anti-Israel slant in its reporting, including the Simon Wiesenthal Center, which applauded Ofcom’s report.

Ofcom also criticized BBC London News’ decision to air a version of the story on TV while its editorial integrity was under review.

“This is a welcome finding from Ofcom and validates the serious concerns of the Jewish community,” said Claudia Mendoza, co-chief executive of the Jewish Leadership Council, in a statement to the London Jewish Chronicle. “We look forward to hearing what actions the BBC will be putting in place to stop this from happening again.”

Soon after the initial controversy, BBC’s executive complaints unit found that the original story did not meet editorial standards; the broadcaster officially apologized in January and amended its story.

“While Ofcom has found that our reporting was not in breach of the Broadcasting Code, the BBC’s Executive Complaints Unit ruled in January this year that more could have been done sooner to acknowledge the differing views about what could be heard on the recording of the attack,” a BBC spokesman said Monday. “The BBC apologised at the time for not acting sooner to highlight that the contents of the recording was contested.”