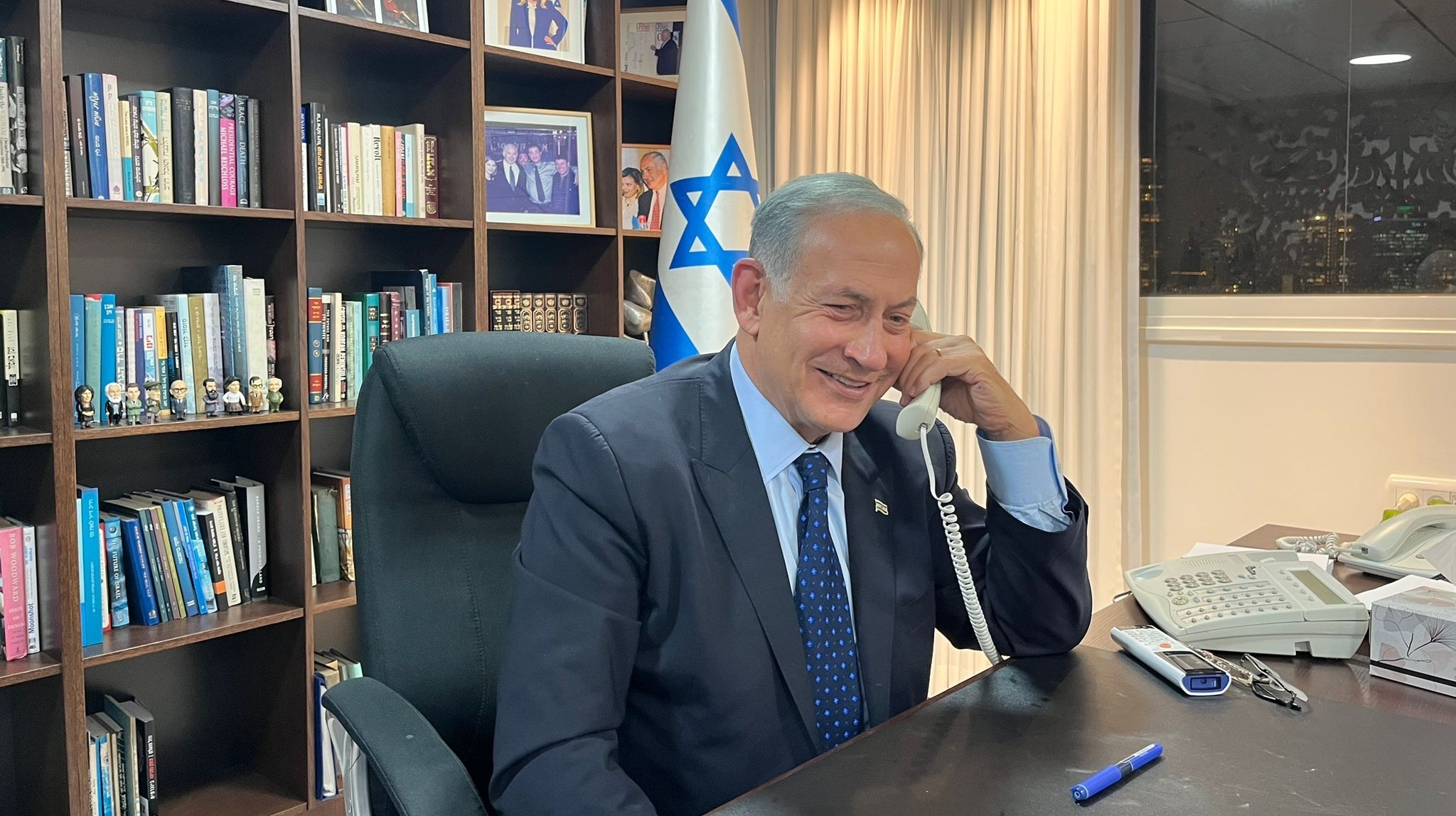 WASHINGTON (JTA) — President Joe Biden called Benjamin Netanyahu to congratulate him on being reelected Israeli prime minister, and Netanyahu said the two would work to expand the Abraham Accords.

“President Biden called me to congratulate me on my elections victory and said the U.S.-Israel alliance is as resilient as ever,’ Netanyahu said Monday in Hebrew on Twitter. “I thanked President Biden for our close personal friendship of 40 years and for his commitment to the state of Israel. I told him we intend on reaching more peace agreements and also on dealing with the threat of Iranian aggression.”

Biden and Netanyahu, however, are known to get along, and Biden, when he was Obama’s vice president, was the point man for putting out fires between the two governments.

Netanyahu launched negotiations toward building a governing coalition on Monday, including meetings with the extremist Religious Zionist/Otzma Yehudit list, releasing for the first time a picture of himself with right-wing firebrand Itamar Ben-Gvir. A number of Democrats have said the inclusion of the party in the coalition would damage U.S.-Israel relations and insiders have said that Biden would likely boycott its ministers, who could include Ben-Gvir.

The White House issued a release saying Biden congratulated Netanyahu. He commended “Israel’s free and fair elections,” the statement said. “The President reaffirmed the strength of the U.S.-Israel bilateral partnership, based on a bedrock of shared democratic values and mutual interests, and underscored his unwavering support for Israel’s security.”

One area of foreign policy consistency between the Trump and Biden administrations has been efforts to expand the Abraham Accords, the normalization agreements Trump brokered between Israel and four Arab countries in 2020.

A statement from the office of Netanyahu’s Likud party cast the eight-minute exchange in more personal terms, saying that each man sent regards to their wives and that Biden called Netanyahu his “brother.”

The White House did not respond to questions about the call. Tom Nides, the U.S. ambassador to Israel, said on Twitter that Biden “just got off the phone with Benjamin Netanyahu. Warm phone call, great talk … unbreakable ties.”