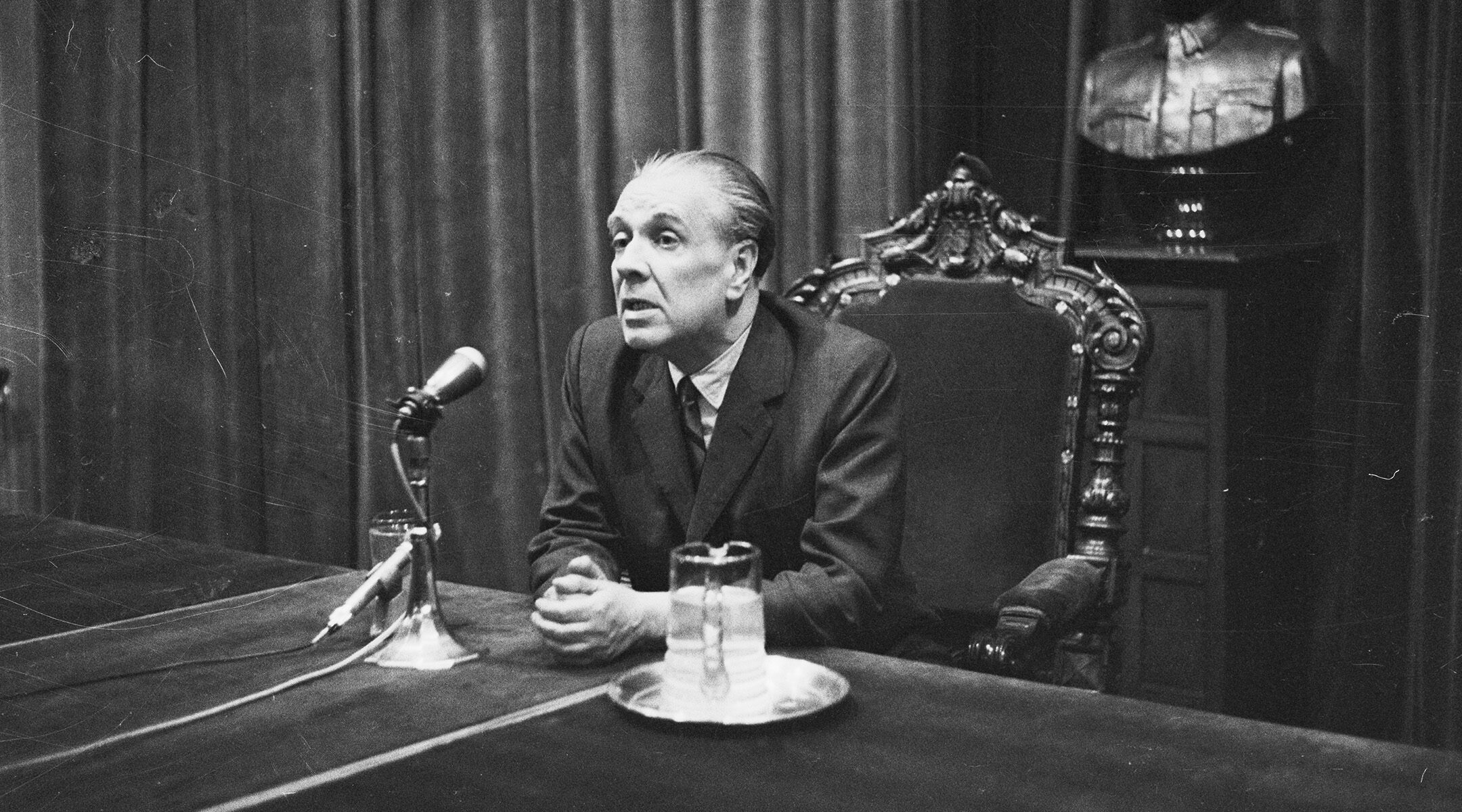 BUENOS AIRES (JTA) — Jorge Luis Borges, one of South America’s canonized writers, wrote many poems in his esteemed career — including at least two about Israel.

In 1967, after the Six-Day War, the Argentine poet, essayist and short story writer compared the Jewish state to a “man imprisoned and bewitched… a man doomed to be Shylock.” The poem, titled “Israel,” also referenced Baruch Spinoza, the Jewish Enlightenment philosopher, and Kabbalah.

“Borges had a bi-dimensional connection with Jewish culture…He read and learned a lot from Jewish philosophers and also was fascinated by and admired Judaism’s complexity,” said Ruth Fine, head of the department of Spanish and Latin American Studies at the Hebrew University of Jerusalem. “He detested extreme nationalism for what he had seen during World War II. He liked Israel from a human and ideological perspective.” 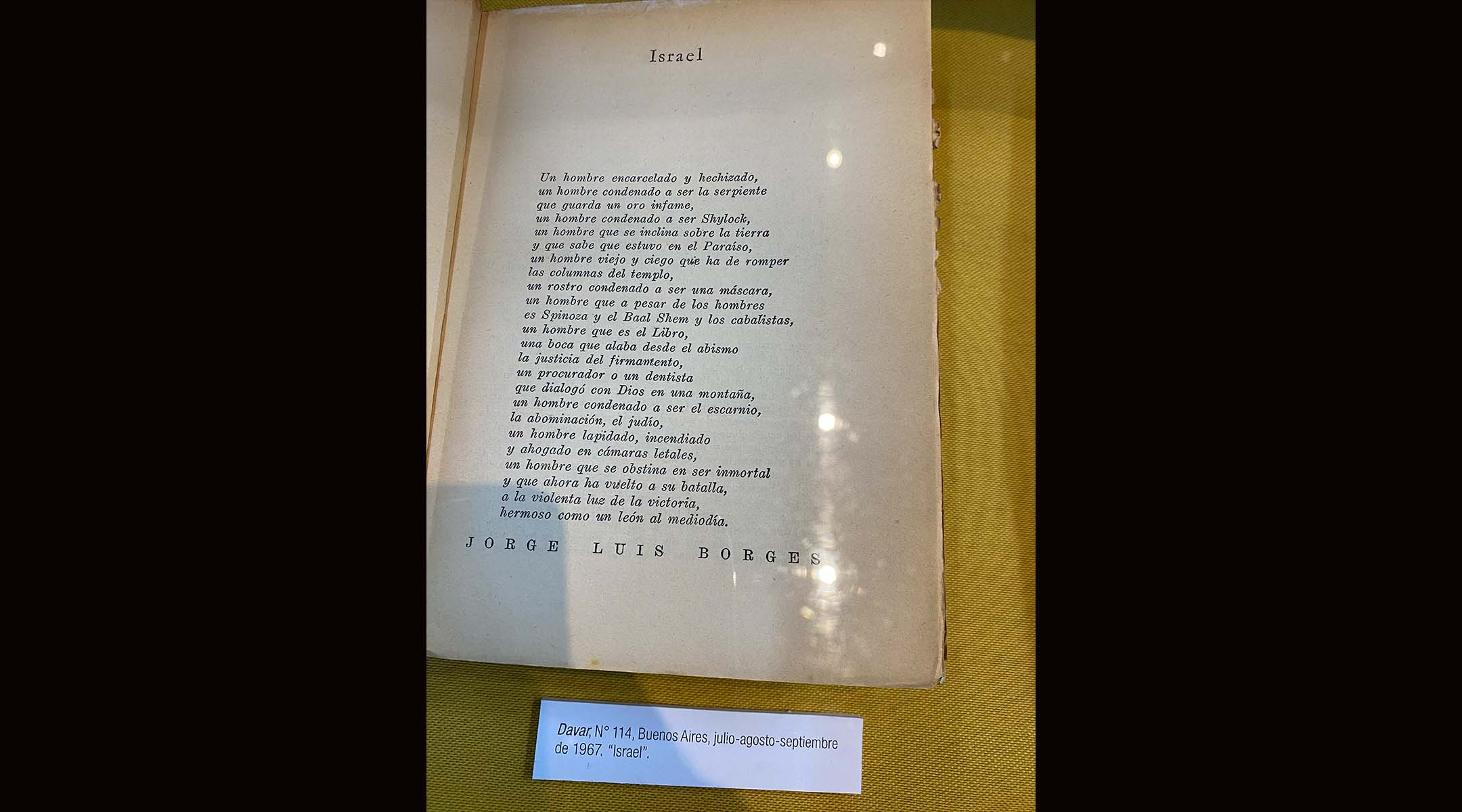 A poem that Borges wrote in Davar magazine in 1967, titled “Israel,” is a focus of the exhibit in Buenos Aires. (Juan Melamed)

Borges’ love of Judaism and Israel is the subject of a new exhibit at the National Library of Argentina in Buenos Aires, which opened last week and runs through Dec. 30. It is co-organized by Israel’s embassy in Argentina and will feature events with experts discussing the Jewish themes in Borges’ work.

Borges — who centered dreams, mysticism and magical realism in many of his works, before his death in 1986 — had a surprising number of Jewish connections. His English grandmother, Fanny Haslam, was an expert on the Hebrew Bible.

“I think my passion for Israel comes from my English grandmother. She was a Protestant, which means that she was a reader of the Bible,” Borges once said. “That is to say that I grew up a bit in a biblical environment, which is to say in a Jewish environment.”

On Oct. 16, 1966, Borges sent a letter to his friend David Ben-Gurion, Israel’s first prime minister. “Perhaps you do not ignore the affinity that I have always felt for your admirable people,” he wrote. 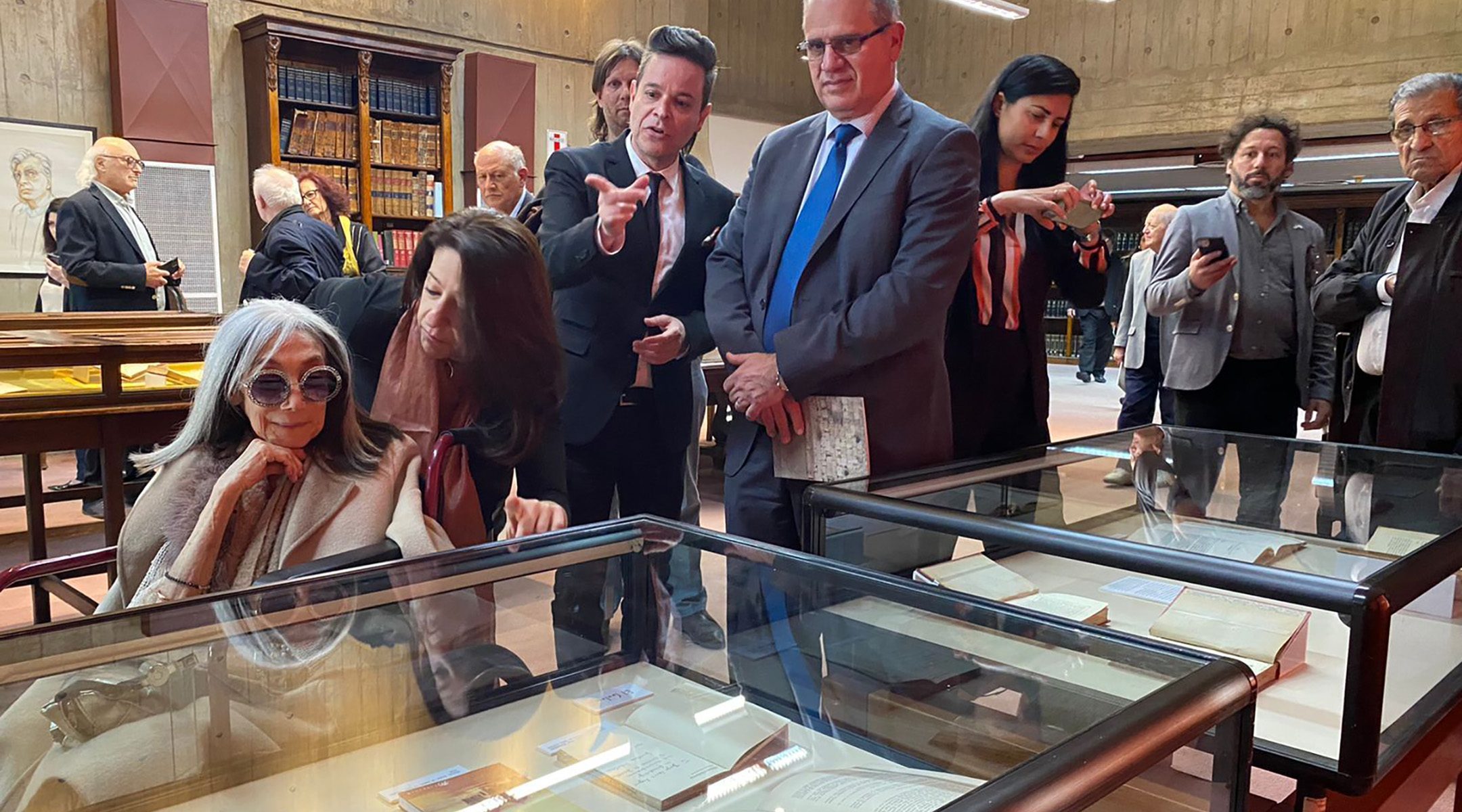 Borges’ widow, Maria Kodama, on left, and Israel’s ambassador to Argentina, Eyal Sela, in blue tie, visit the exhibit. (Courtesy of the National Library of Argentina)

Borges was not religious but interested in several different religions and visited Israel twice, in 1969 and 1971. On his first visit, he was an official guest of Ben-Gurion. Just after, Borges wrote another tribute poem, titled “Israel, 1969.” In 1971, Borges won the prestigious Jerusalem Prize (he would never win the Nobel Prize in literature, despite being nominated for decades).

Borges also established close ties with many Jewish friends and colleagues, including two he met while studying at Calvin College in Geneva: Simon Jichlinki and Maurice Abramowicz, with whom he would remain friends throughout his life. “I don’t know how to celebrate this stream of Jewish blood that runs through my veins,” Borges once wrote to Abramowicz.

At the exhibit’s opening last Tuesday, Israel’s ambassador to Buenos Aires, Eyal Sela, called Borges an ambassador of his own, who created a “bridge with unique words” between cultures. Sela, who said he has read two Borges books translated to Hebrew, mentioned that “proudly we have in Israel a street named after Jorge Luis Borges in Ashdod.”