In new miniseries ‘The Calling,’ an NYPD detective’s Judaism helps him solve crimes 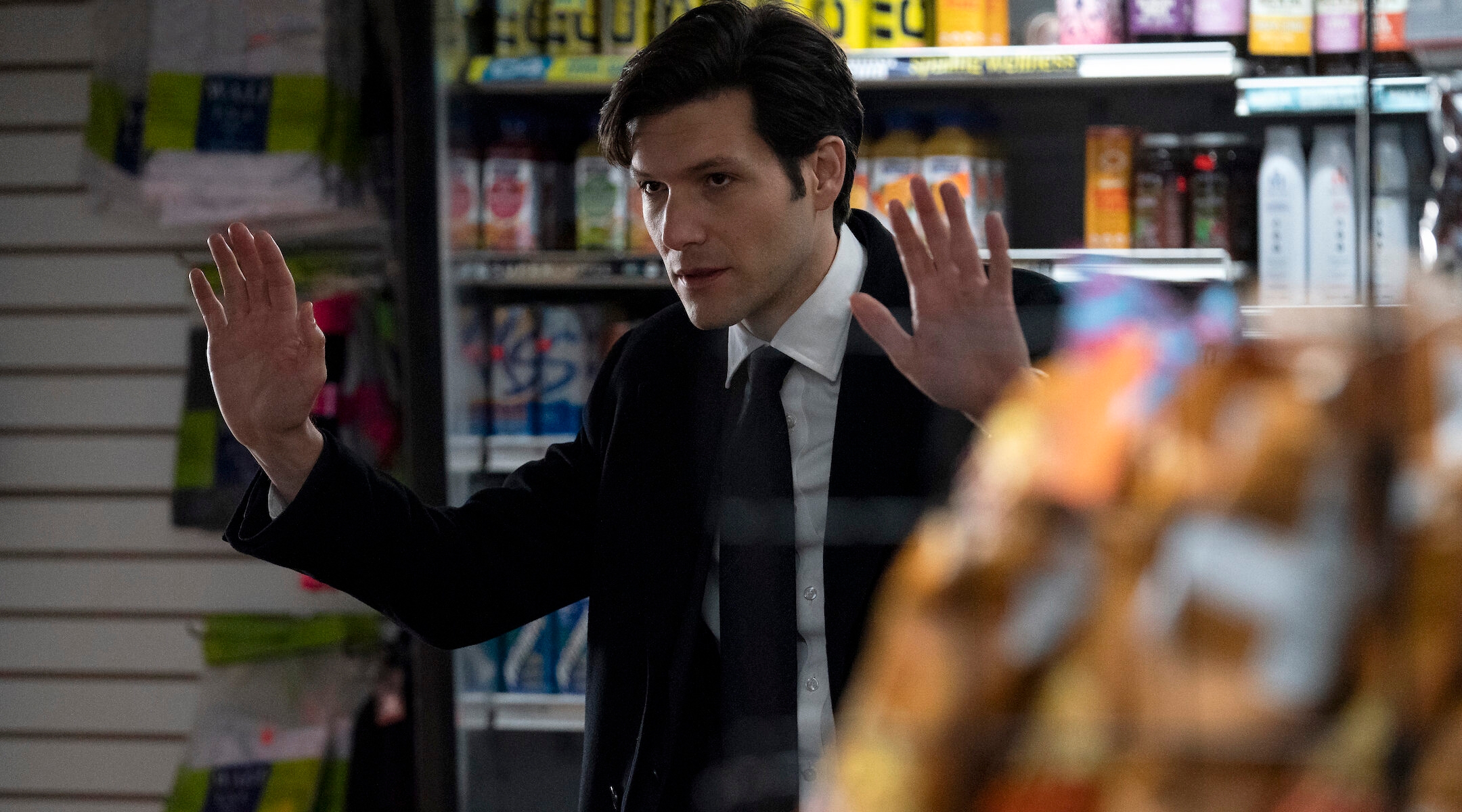 (New York Jewish Week) — In “The Calling,” a new miniseries streaming on Peacock, a Jewish NYPD detective fights crime and solves mysteries by letting his Jewishness lead the way.

Jeff Wilbusch plays Avraham Avraham, a detective whose Judaism is both central to his character — in more than one scene he says the Mourner’s Kaddish for a murder victim — and an identity that influences the way he does his job.

“It is so beautiful that, in our profession, as actors in the storytelling business, that you can play such a character,” Wilbusch told the New York Jewish Week. “Also, in these crazy times now, to have this beautiful role and character brought to life on screen on such a big platform is a really good thing.”

“The Calling” is based on a series of detective novels by Israeli author Dror Mishani. Though Mishani’s books take place in Israel, the show, produced by David Kelley (creator of “Ally McBeal,” “Big Little Lies” and more) and directed by Barry Levinson (“Diner,” “Good Morning, Vietnam”), transports Detective Avraham to New York. Slightly reminiscent of “Law & Order,” it has less of a procedural bent, with cases that span multiple episodes and more emphasis on the character development.

Detective Avraham — whose double name is not explained in the show further than one off-hand comment “my parents liked the name, I guess” — is a bit of a mysterious and complicated figure who works with his team to solve missing persons cases and a bomb threat at a day care.

Wilbusch, who is Israeli, is best known for his role in Netflix’s “Unorthodox” as Moishe Lefkovitch — the unruly and somewhat dangerous cousin who flies to Germany to track down Esty (Shira Haas), the show’s formerly Orthodox protagonist. For the actor, who grew up in the Satmar Hasidic community of Mea Shearim in Israel until he was 13, and whose native language is Yiddish, he feels a certain responsibility to honor the Jewish characters he plays.

“As a storyteller you have a lot of responsibility, especially when it comes to playing characters that are specific. I do feel a very strong responsibility to Avi,” the 34-year-old actor said. “I’m Jewish and I’m playing Jewish and it is a strange time for us Jews. The current events don’t really leave my head.” 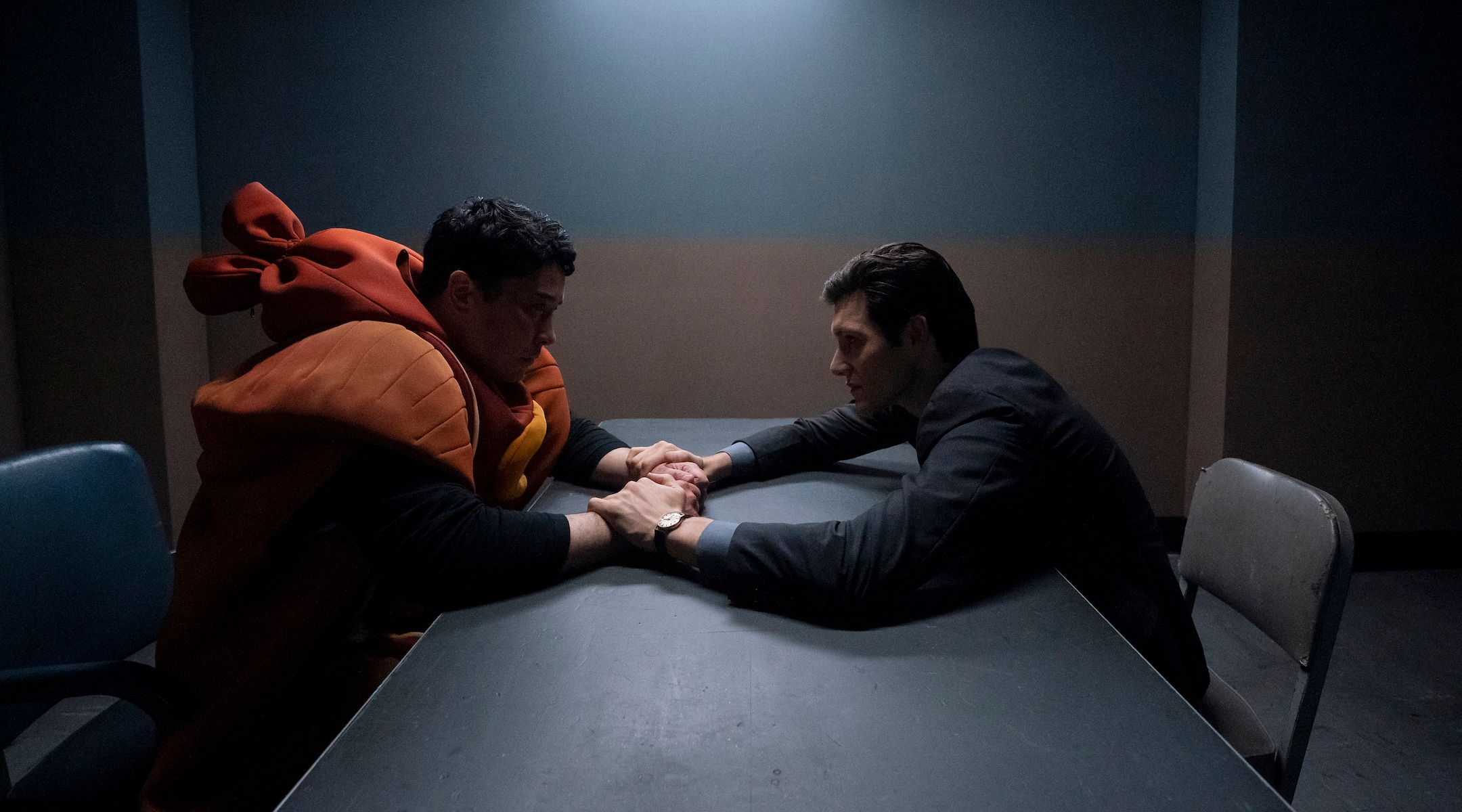 Avraham is considered the best interrogator in the department because of his willingness to listen and empathize in pursuit of justice. (Heidi Gutman/Peacock)

In some instances, the show seems to combine several different streams of Judaism — Detective Avraham says he grew up in Crown Heights, though in a shot of him saying morning prayers and wrapping tefillin on his roof, he appears to live in Williamsburg. He doesn’t wear a kippah save for a few scenes, and while he attends an egalitarian synagogue, he also seems to speak fluent Yiddish.

Still, the character’s Judaism is less about the external markers of Judaism on the show — the scenes of him praying, saying a blessing, or performing “shemira,” watching over the dead — and more about how he carries himself and conducts his job.

“He’s not just Jewish because his name is Avraham, or Jewish because he wears a kippah. He’s Jewish because many different things make him Jewish, storytelling-wise. He’s not a superficial character,” Wilbusch said. “He is such a deep and complex and interesting character with such a strong message of humanity. ”

Avraham is considered the best detective in the department: He knows how to ask the right questions, how to bear witness to tragedy and how to continue to advocate for justice.

“I learned many things from him — to really listen to people, to really use the senses and to fight to see the good in people,” Wilbusch told the New York Jewish Week.

“The Talmud teaches us to see every single human being as the whole world, and that each and every person is entitled to infinite respect and concern. It’s not that I didn’t believe in this before, but just to play a character who consciously embodies this in his whole way of living is a very strong thing and a very healing thing,” he added.

Though Avraham is guided by that very Jewish conscience, he still has his blind spots. He prefers to work alone, he keeps his methods to himself and he remains guarded about his background and personality, perhaps aware that his Judaism sets him apart. 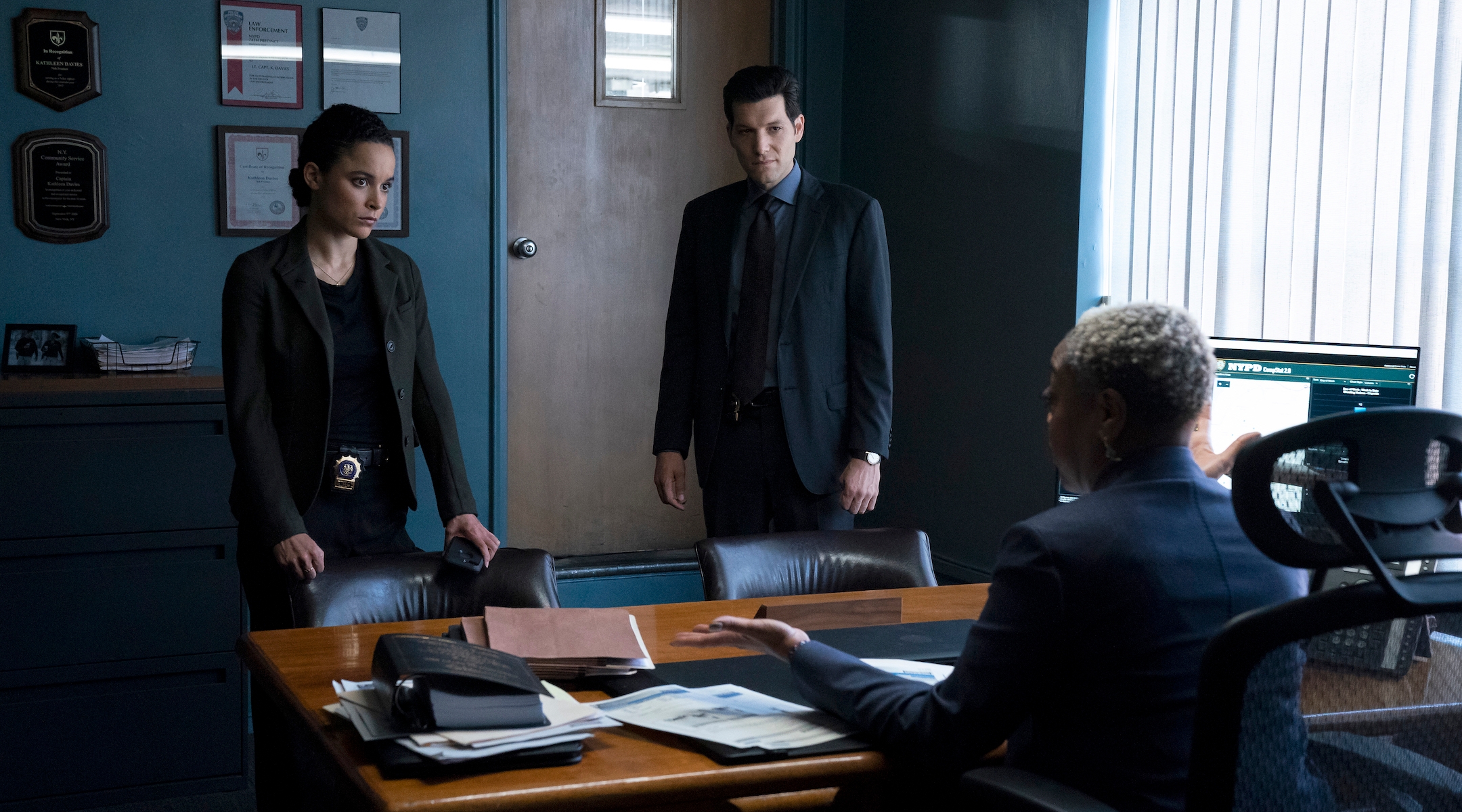 Upending these tendencies in Avraham is his more junior partner Janine Harris (Juliana Canfield), who is eager to learn more about Judaism in order to understand her colleague better. Throughout the series, she asks about synagogue, shiva and Sukkot in a respectful and curious way.

“The Talmud says it’s forbidden for a teacher to reject his student,” she tells him in one scene. “If I ask you, you kinda have to teach me.”

It’s a relationship not often seen on television, a non-Jewish character with an innocent curiosity about Judaism and a recognition of how it influences one’s entire being. For Wilbusch, the relationship between Avraham and Janine was one of his favorite parts of the show.

“It says in the Torah ‘Lo tov heyot l’adam l’vado,’ a person should not be alone,” Wilbusch said, quoting a line in Genesis. “Avraham thinks he works best alone, but he needs Janine badly. The relationship that they have is not just a master-student. She keeps them in line where he has blind spots.”

The relationship on screen bled into their real world interactions on set, Wilbusch said. As production went on, Canfield, who is not Jewish, would slip in Yiddish phrases like “oy gevalt” after messing up a line.

“It means a lot to me. It’s a dream come true — a dream that I never knew I had,” Wilbusch said. “I never thought I would play a Jewish detective, that this would be my first leading role in America.”

All eight episodes of “The Calling” will be available to stream on Peacock on November 10.