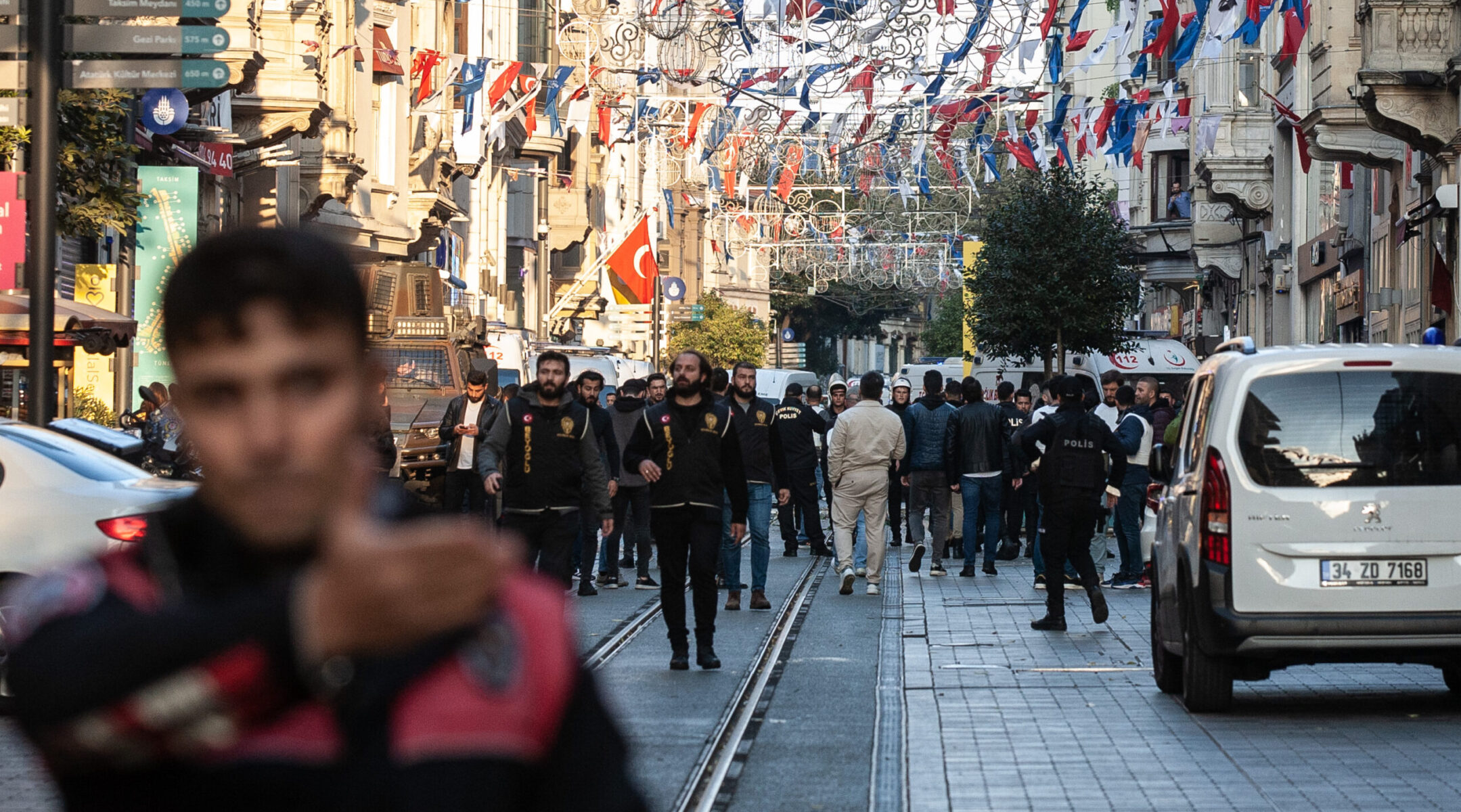 ISTANBUL (JTA) – So far six are reported dead and dozens injured in a blast on Istanbul’s İstiklal Caddesi, a major tourism hotspot and thoroughfare that sees tens of thousands of tourists every day.

The perpetrators and full extent of the attack are not yet clear, but Israel’s Channel 13 news reported that one Israeli was injured in the attack. Turkish authorities said they suspected terrorism.

The blast took place as Istanbul’s Jewish community was hosting a Jewish culture day, in which they welcomed large crowds into the Neve Şhalom synagogue. The event was cut short as news spread about the blast, which took place just blocks away.

Neve Shalom was one of two synagogues bombed during a 2003 wave of attacks 19 years ago that killed 55 people in two days. The event that was cut short was to be followed by a commemoration of those attacks, which killed six Jews in the synagogue bombings.

Tonight as we were to mark 19 years since the heinous attack on the Neve Şalom and Bet Yisrael synagogues in Istanbul – there was another bombing in Istanbul.

Say NO to violence. Say NO to terrorism!

Over the years, Istanbul has been the site of attacks from a variety of actors, including the Islamic State, Al-Qaeda and the PKK, a Kurdish Separatist group. Israelis have been caught in the crossfire before, such as in 2016, when an ISIS backed suicide bomber blew themselves up on Istiklal, killing three Israelis and one Iranian.

As Turkish-Israeli relations have warmed in the past year, Turkey has become a major tourism hotspot for Israelis, with more than 630,000 Israelis, nearly 7% of Israel’s population, visiting Turkey this past summer, according to the Jerusalem Post.