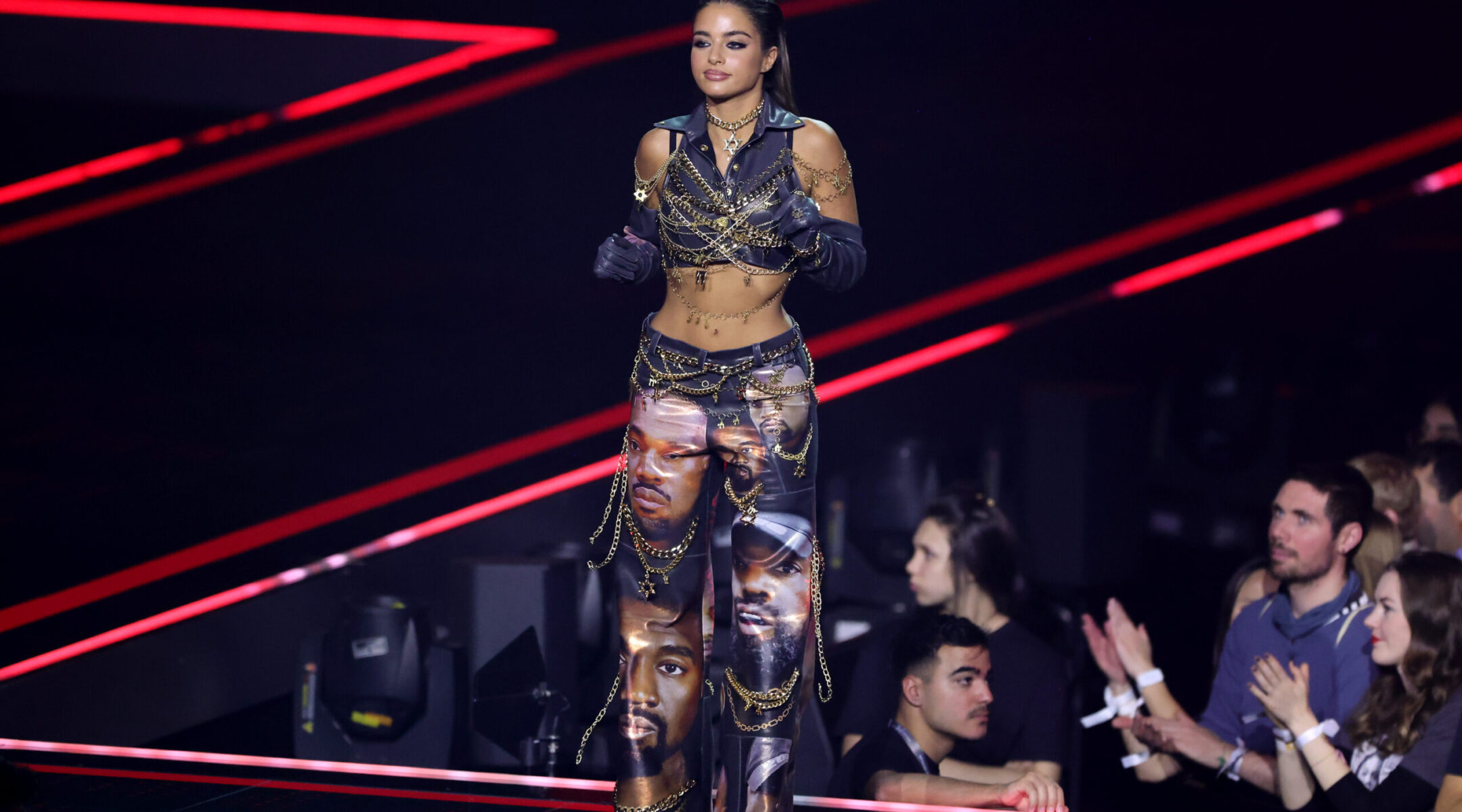 (JTA) — Noa Kirel won MTV Europe’s award for best Israeli artist for the fifth straight year on Sunday. But it was the outfit she wore to the awards ceremony that got everyone talking.

The outfit was meant to draw attention to antisemitism, Kirel told the Israeli broadcaster Kan, and to demonstrate that Kirel is “proud to be an Israeli artist who represents Israel in the world.”

“She wanted a crazy outfit that everyone would remember,” her stylist, Itai Bezaleli, told Kan. “She wanted something topical that will be talked about.”

Kirel broke into public view as a teenager and has scored pop hits in Israel for years, including during her recent service in the Israel Defense Forces. She will be Israel’s competitor in next year’s Eurovision song contest.