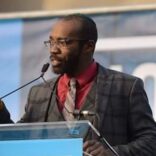 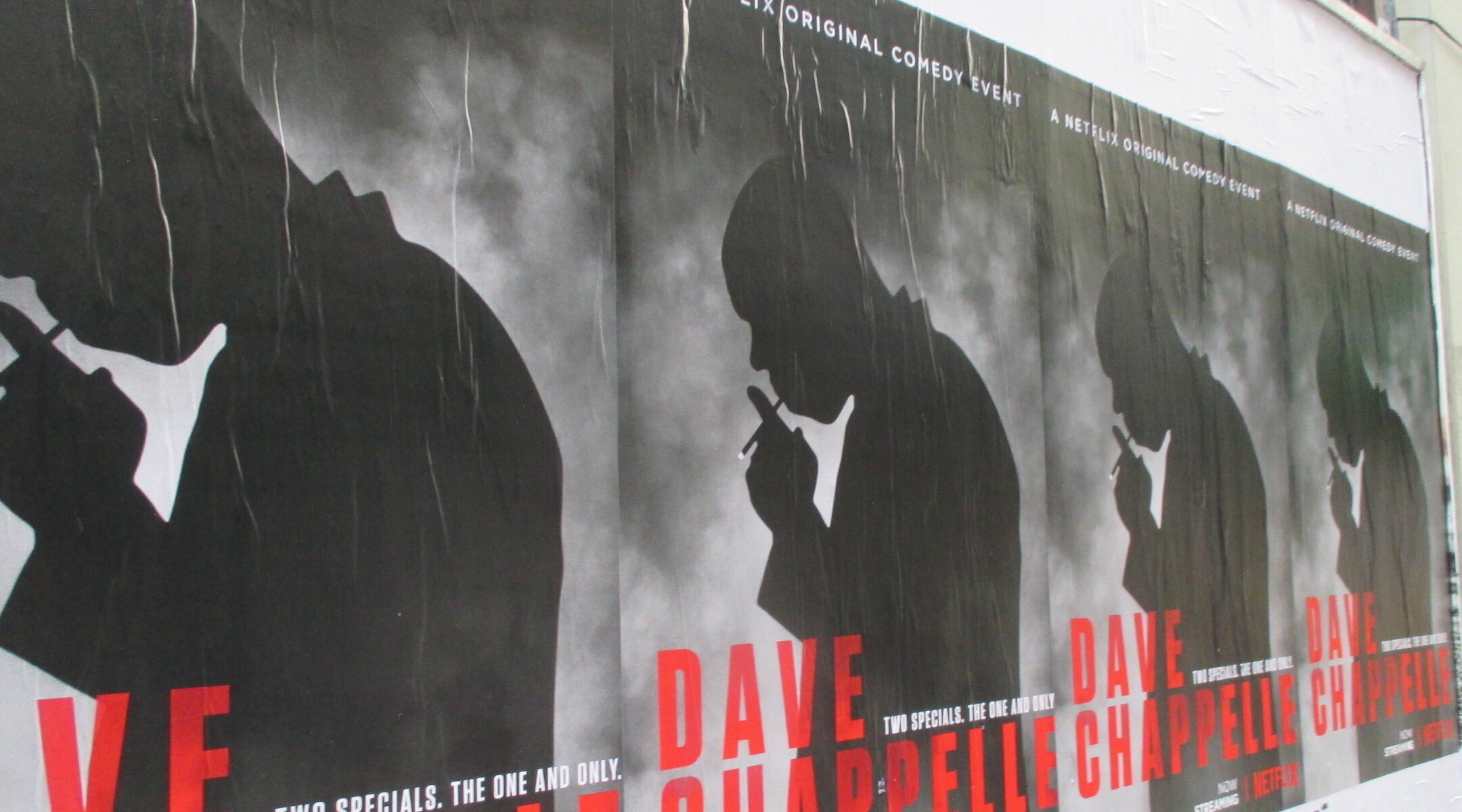 Unfortunately, “brilliant” doesn’t inherently mean “moral” or “good.” Chappelle’s monologue was a masterclass in how to normalize and embolden antisemitic discourse, delivered in plain sight and with just enough “wink wink, nudge nudge” plausible deniability — mixed in with a sprinkle of real commentary — that one would easily almost not realize that … wait, did Chappelle denounce anything exactly?

He opened the monologue by pretending to read from the kind of apology being demanded of Kanye West, the rapper who in recent weeks had exposed various antisemitic tropes. “I denounce antisemitism in all its forms, and I stand with my friends in the Jewish community,” Chappelle “read,” mocking the boilerplate apologies that often arise in these moments. At face value, it’s a great piece of satire. But then he follows up with the punchline: “And that, Kanye, is how you buy yourself some time.”

He isn’t holding West to account. He’s clearing the way and setting the stage for the finest bout of antisemitic dogwhistling probably ever featured on “SNL.”

There is legitimate commentary to be made about the often disproportionate and racialized vitriol directed at  Black Americans who engage in antisemitism, coming from a society that revels in Black pain and punishment. Jews of color, and especially Black Jews like me, have been addressing this reality across social media for decades, noting the lack of intensity and accountability when the shoe is on the other foot — when Jewish figures espouse anti-blackness.

But this monologue by a Black comedian is making no such argument. And it comes as more bold and brazen bad-faith actors are acting out in more and more violent ways. Comedians are just as capable of incitement as political figures.

Chappelle is wildly adept at structuring complex jokes. For years he deftly delivered biting, raw and real socio-racial commentary, from his standup routines to “The Chappelle Show,” and since the 2000s has positioned himself as an astute teller of hard truths. If you doubt the man’s intelligence, watch what he does late in the “SNL” routine when he talks about Donald Trump.

With backhanded praise, Chappelle attributes Trump’s popularity and appeal to his skill at being an “honest liar.” Never before, said Chappelle, had voters seen a billionaire “come from inside the house and tell the commoners, ‘Inside that house we’re doing everything you think we’re doing.’ And then he went right back inside the house and started playing the game again.”

When Chappelle says there are two words you should never say together — “the” and “Jews” — he’s not speaking against antisemitic conspiracy theories that treat Jews as a scheming monolith. He’s insinuating instead that there is a “The Jews” that should never be challenged. (Chappelle goes on to repeatedly use the phrase “The Jews” in his monologue.) The one time he uses “the Jewish community” is to introduce the straw man argument that Black Americans should not be blamed for the terrible things that have happened to “the Jewish community” all over the world — a declaration so baffling that only one person in the audience responds. After all, no one was blaming West or Irving, the NBA star who shared on Twitter a link to a wildly antisemitic film, for the terrible things that happened to Jews. They were just being asked not to promote the ideas of people who had done those terrible things.

Also on full display is Chappelle’s deft, almost “1984”-esque doublespeak. Chappelle notes that when he first saw the controversy building around West’s antisemitism, he thought “Let me see what’s going to happen first” — a strange and telling equivocation. Chappelle diminishes the significance of the film shared by Irving, “Hebrews to Negroes: Wake Up Black America,” by describing it as “apparently having some antisemitic tropes or something,” but then jokes that Irving probably doesn’t think the Holocaust happened — a trope presented in said movie.

Chappelle is reluctant to call Kanye “crazy” but acknowledges he is “possibly not well,” but has no problem referring to Georgia Senate candidate Herschel Walker as “observably stupid.”

Most insidious in this regard was his seeming rejection of the notion, promoted by West, that Jews control Hollywood. Said Chappelle: “It’s a lot of Jews [in Hollywood]. Like a lot. But that doesn’t mean anything, you know what I mean? There’s a lot of Black people in Ferguson, Missouri. It doesn’t mean we run the place.” He refers to the idea that Jews control Hollywood as a “delusion.”

And then, rather than let this necessary distinction set in, he undercuts it, saying, “It’s not a crazy thing to think. But it’s a crazy thing to say out loud in a climate like this.” The problem, Chappelle is suggesting, is not harboring dangerous delusions, but saying them in public and risking being called on it. The “climate” is not one of dangerous antisemitism, but the danger of speaking one’s mind.

Chappelle telegraphed this sentiment with an earlier quip: West, he said “had broken the show business rules. You know, the rules of perception. If they’re Black, then it’s a gang. If they’re Italian, it’s a mob, but if they’re Jewish, it’s a coincidence and you should never speak about it.”

The “perception” is that only Jews can’t be spoken of in derogatory terms. Kanye wasn’t wrong for thinking antisemitic thoughts, Chappelle suggests, but, again, speaking about them.

There are lots of jokes made in Hollywood at the expense of Jews. This, however, was not a case of Jews being unable to laugh at ourselves. There’s a difference between laughing at ourselves and having someone who isn’t Jewish use “wink wink” antisemitic tropes. It’s not that Chappelle’s monologue wasn’t funny on its face, it’s that it was harmful. This isn’t happening in a vacuum: It’s happening in a specific context, particularly one in which antisemitism has already been riled up and emboldened by Kanye and Irving. (“Hebrews to Negroes” became a bestseller on Amazon after Irving tweeted about it.)

It just takes the wrong kind of person to hear this monologue for us to experience, God forbid, another Tree of Life shooting. I didn’t particularly relish the wake of the first shooting when, as the rabbi of a congregation in Rockland County, New York, I met with county officials and negotiated police presences, and discussed mass-shooter evasion tactics to ensure the safety of my congregants.

For anyone who thinks Chappelle’s monologue was “just jokes” or that I am reading too much into it, consider his last line — a bravura complaint about cancel culture and the unspoken forces behind it: “I’ll be honest with you. I’m getting sick of talking to a crowd like this. I love you to death and I thank you for your support. And I hope they don’t take anything away from me. [ominous voice] Whoever ‘they’ are.”

MaNishtana
is the pen name of Shais Rishon, an African-American Orthodox rabbi, activist, speaker and writer. He has written for Tablet, Kveller, The Forward, Jewcy and Hevria. His current project is "B'Esh Sh'chorah/In Black Fire: A Commentary and Anthology on the Torah" due out in 2022.
The views and opinions expressed in this article are those of the author and do not necessarily reflect the views of JTA or its parent company, 70 Faces Media.