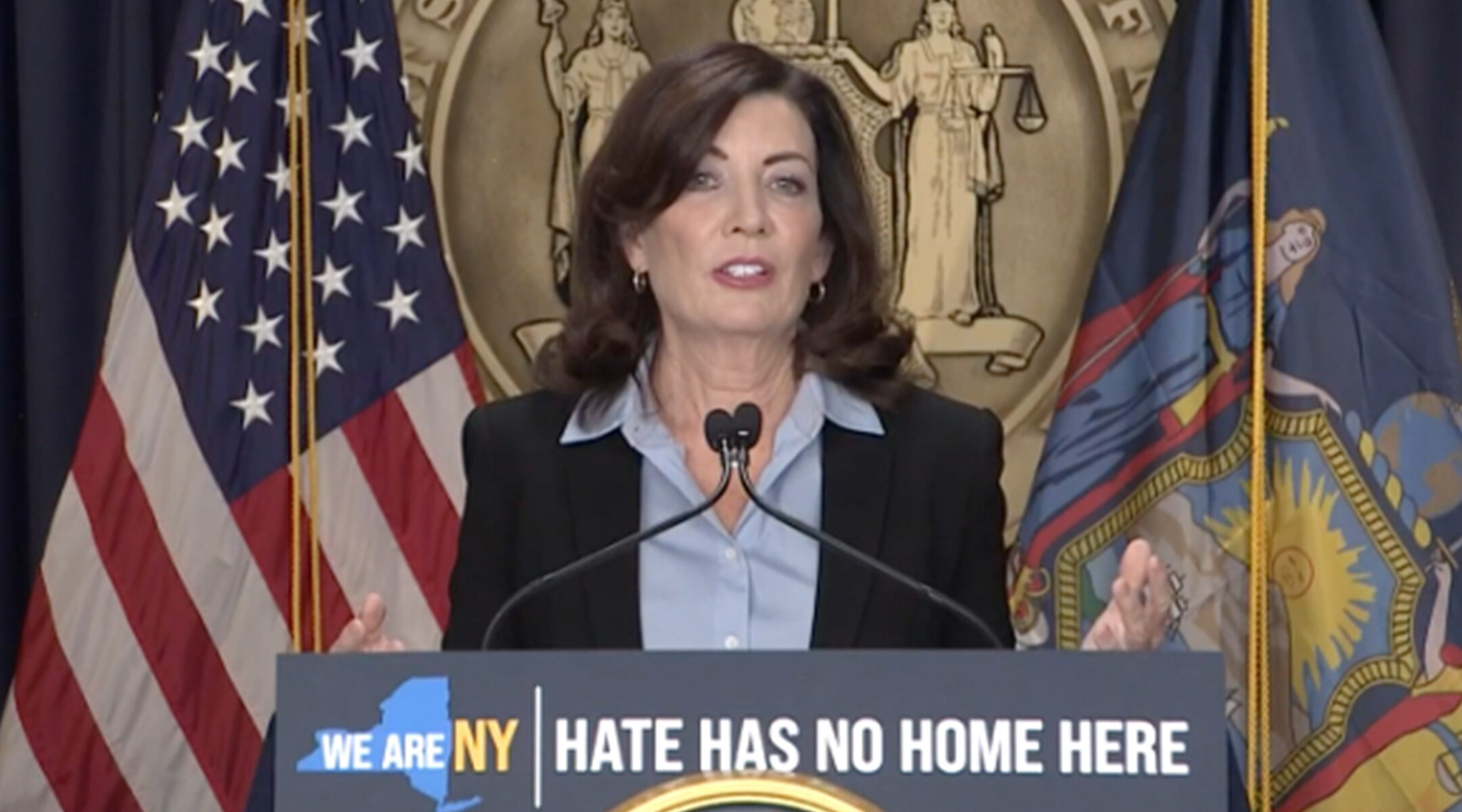 The bills would require mandatory hate crime prevention training for individuals convicted of such crimes, as well as establish a statewide campaign around inclusion, tolerance and diversity.

“Before, this was optional,” Hochul said in a press conference Tuesday, referring to the training for offenders. “The operative word now is mandatory. No discretion; this training will occur.”

The campaign will include the first-ever Unity Summit, with community leaders from around the state gathering “to affirm our stand against hate,” Hochul said.

“We’ll have everybody,” Hochul said. “Government officials, advocates, community leaders, religious leaders, to help share practices because I want this to be a national model.”

Hochul added that New York can teach the rest of the nation “how you can do things differently.”

Hochul’s announcement comes after a weekend that included the arrest of the two individuals who wanted to “shoot up a synagogue,” and the shooting at an LGBTQ club in Colorado Springs, Colo., that left five dead and 25 wounded.

On Sunday, Hochul said state police would increase surveillance and protection efforts at synagogues and other vulnerable sites. And earlier in the month, the state made $50 million available to strengthen security measures at organizations at risk of hate crimes, as well as $46 million in federal funding for 240 such organizations across the state.

Hochul pointed to an Anti-Defamtion League report that showed that the organization counted 2,717 antisemitic incidents across the country last year, which was a 34% increase from the previous year, and the highest since it began tracking in 1979.

“No young Jewish boy should ever have to look over his shoulder as he’s walking to a yeshiva,” Hochul said.