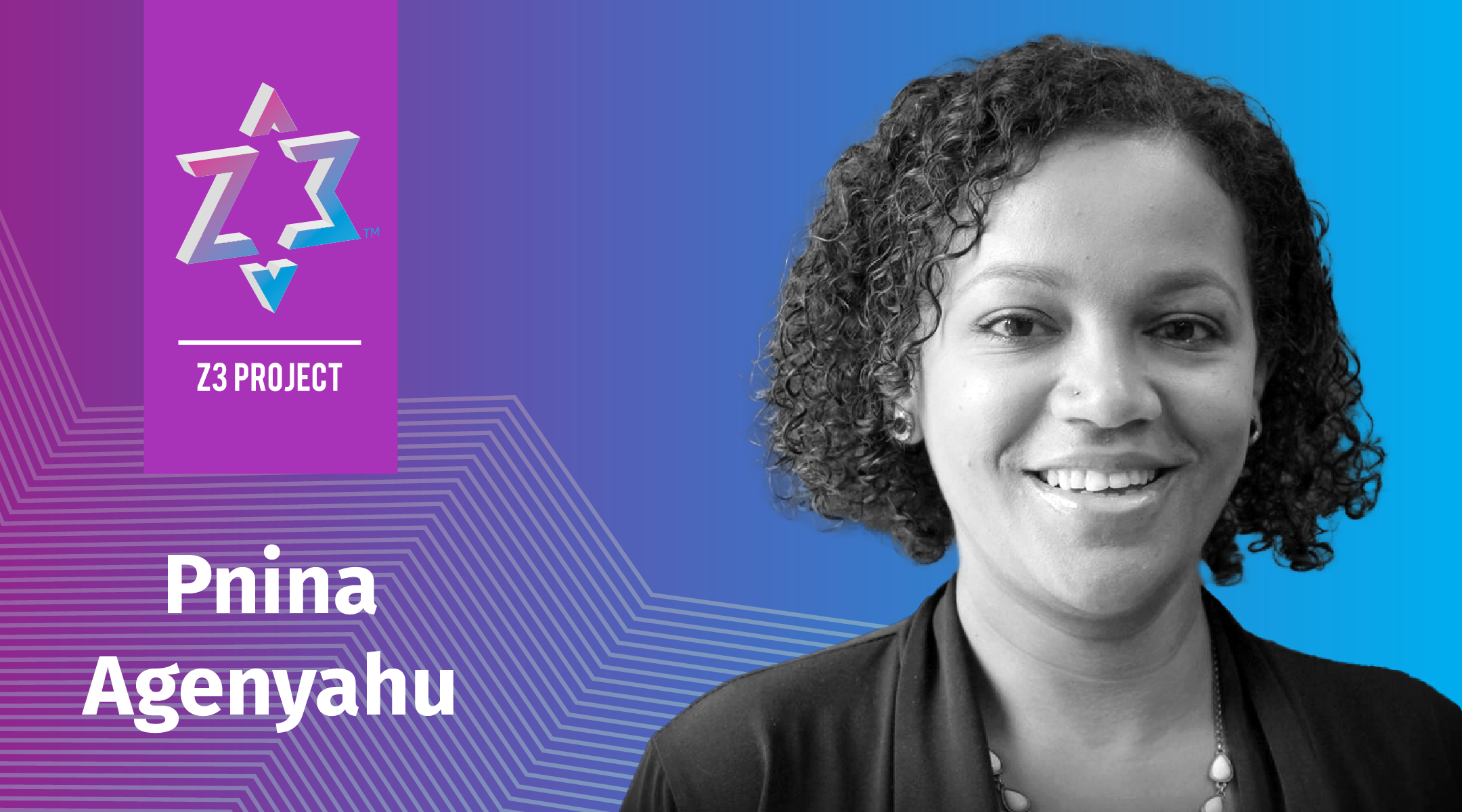 Pnina Agenyahu is director of Partnership2Gether of the Jewish Agency for Israel. (Courtesy of the Z3 Project)
Advertisement

As director of Partnership2Gether of the Jewish Agency for Israel, it’s Pnina Agenyahu’s job to bring together disparate Jewish communities from around the world and celebrate their diversity. It’s a role for which Agenyahu has spent a lifetime preparing — ever since she made aliyah at the age of 3 on the back of her mother, who had walked for two weeks from Ethiopia. Agenyahu was among the early wave of Ethiopian immigrants to Israel back in 1984 and, from a young age, found that she had a gift for being a leader and spokesperson for her community.

In this interview, she discusses the challenges and promises that come with a diverse Israel and wider Jewish community.

Tell us about your childhood and how you adjusted to life in Israel.

I grew up in Israel, but I was born in Ethiopia. And I came in Operation Moses when I was 3 years old. My experience is a bit different from the current aliyah because in our aliyah, in the ’80s, we were quite new to society as a Jewish group. It was the first time that black Jews had arrived in Israel. I was the first Ethiopian—the only one—in my elementary school. I grew up in Haifa, and then I moved to Jerusalem for high school. In Israel, as an Orthodox girl, you don’t go into the army; you go to national service. But I really, really wanted to wear a uniform and wanted the army experience as well. They asked me to move to Rehovot because there was a neighborhood that was 95 percent Ethiopian Jews, and they needed a role model. I accepted the challenge because it really kind of blew my bubble to see the entire community living in a ghetto. It was miserable. Parents didn’t know how to communicate with their kids and couldn’t figure out how to integrate into society. And it really broke my heart. So, I was really into that challenge. That experience defined where I am today.

Because you were the first Ethiopian Jew in many situations in your life, did you feel that you were representing something more than just yourself?

Sometimes it feels like a burden. I’m not saying that I’m famous, but the minute that you become present in some places, you are automatically the representative of the community—especially with our skin color. So, I always felt responsible to not shame my own community and be proud of representing who we are. But at the end of the day, I also feel like it’s kind of a secret mission that I have in my life—to educate about us and challenge us to be more diverse. You will not find so many Ethiopian people, unfortunately, in senior positions in the government.

In 2019 you wrote a piece in Haaretz about police violence against the Ethiopian community. Have things improved since then?

I think it’s improved a lot. First of all, they’re hiring more and more Ethiopian people to serve in the police department, which is important. But I think it’s also about awareness. Before, it was our community’s issue. We knew about the data. We knew that there were around 10 or 11 teens that, unfortunately, had been shot by policemen in Israel. But the majority of Israeli society, I don’t think, had ever been exposed to police profiling or understood what it means. Today, people are more aware, more sensitive about it, and there’s more tolerance.

Do you feel like there’s a juggling act you need to perform when you point out what’s wrong in Israeli society because Israel’s enemies are always quick to pounce on imperfections?

I got that question a lot when I was in Washington. People reached out with questions like, “How can you be a pro-Israel because of what your government is doing to you people?” First of all, we put in a lot of effort as individuals to come to Israel. My mother walked 400 kilometers to come to Israel. Not everything is perfect. I mean, there are so many things that I would love my government to change, especially in education to learn more about diversity. If you ask random Ethiopians on the street here, they’ll tell you they feel solidarity with a black person that’s been profiled by the police in the States because we, as a minority of the same color, can feel the same thing. But you can’t judge using the same perspective, the same history. In the States, it was driven by slavery. In Israel, we’re here by choice. We are here because we are a part of the Jewish people.

You’re very strong and positive in your own identity. But in the United States, college kids are under pressure to denounce Israel or minimize their Jewishness. What advice would you give to college kids?

Oh, wow, good question. The moments that really excite me are when I think that every Jew can feel part of the Jewish people. And I think we are much more diverse today than ever and able to embrace this diversity. I mean, one of the things that I’m running today in the Jewish Agency is a global partnership for Jews of different ethnic backgrounds. And it’s fascinating to see individuals that come in from different countries — from Nigeria, South Africa, New York, India, Canada, U.K., and they’re all not Ashkenazi. And I think that’s what makes me proud, when you see how colorful we are and that each of us can bring his own voice to the table.

What do you plan to speak about at the Z3 conference?

We’re going to speak about the different voices in Israeli society and how these voices create more diversity and visibility for the people around us. The Torah doesn’t say, “hear the voices,” it says, “and all the people see the voices.” So, it’s a lot about visibility of the voices that we create and making that more familiar to all of us.