Hanukkah is the holiday that America needs right now 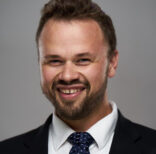 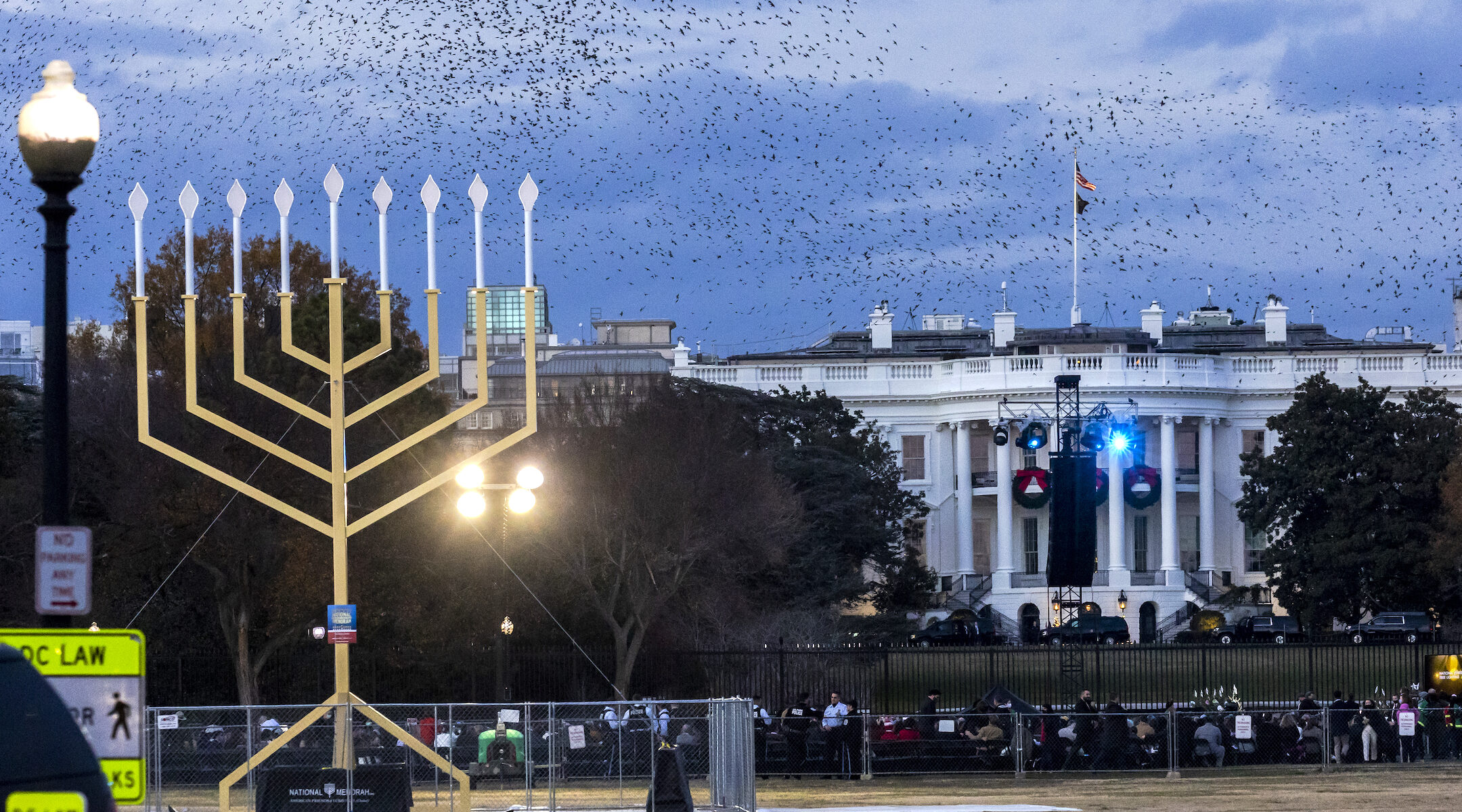 The "National Menorah," erected by Chabad-Lubavitch in front of the White House in Washington, Dec. 2, 2021. (Kerem Yucel/Anadolu Agency via Getty Images)
Advertisement

(JTA) — As a young child I often wondered why people light the hanukkiah, or Hanukkah menorah, in so many different places. Some light the candles on their front porches and driveways, some in the streets, others at in city parks, and a very select few even light candles at the White House.

But with the recent rise of antisemitism, some only shine their lights in the inner chambers of their home, a place that feels safe and secure. As the Shulchan Aruch, or Code of Jewish Law, warned centuries ago, the mitzvah of persumei nisa, or publicizing the miracle (Talmud Shabbat 23b), was contingent on the dangers of institutional antisemitism and our enemies’ desire to extinguish the Jewish people’s light. (Shulchan Aruch, O.CH, Hanukkah 3:5)

In America today, our democracy faces a similar problem. The barrage of threats to our civil society, increased polarization and a heightened threat from domestic extremists are pushing the light away, to the detriment of us all.

Many Americans today feel that they cannot express their true identities because of how others might perceive or treat them. The fear of rejection, the fear of violence, or worse, cause too many to hide their light, acquiescing to the oppressor. Hanukkah literally means to rededicate, rebuild, reconstruct — our institutions and our selves. We are to fix that which has been broken so we can reimagine what is possible for the future. During this festival of lights, we are reminded to embrace our unique identities, regardless of what oppressive systems might dictate.

As a proud American Jew whose ancestors on one side fought in the American Revolution while other ancestors were enslaved on American soil, and as an Orthodox rabbi working to build communities of the 21st century that work for everybody, I understand the way systems of oppression conspire to extinguish our lights.

Systems of oppression are often described using “the four I’s”: ideological, interpersonal, institutional, internalized. The Greco-Syrians of the Hanukkah story opposed the Jewish people’s relationship to God and the Torah (ideological), forced the Jewish leaders to coerce their loved ones to publicly defame the Torah  (interpersonal), renamed Jerusalem “Antiochus” and decried that Jews remove their mezuzahs, sacrifice pigs and write above the door of their houses “there is no God in this place” (institutional). Finally, they caused many Jews to embrace the ways of their oppressors (internalized).

That’s why I believe that just as the Jewish people need a Hanukkah to usher in a time for light in the face of much darkness, America needs a Hanukkah, too.

With ideological and culture wars pinning social groups against one another, many search in the darkness for even a few Maccabees to remind Americans what our democratic seal still stands for.

In the year 164 BCE Antiochus of Greece breached the doors of the Jerusalem Temple, defiling the sacred, leaving but one flask of oil. Though not a direct parallel, in the year 2021 C.E., a dangerous mob of white supremacists breached the doors of the United States Capitol building, defiling democracy and sending defenders running for their lives.

America needs a Hanukkah because our light still burns strong and we must recommit to the democratic ideals of our nation.

America needs a Hanukkah so that when we come across darkness and hate in the media, we can combat that rhetoric with language of justice, love and openness.

America needs a Hanukkah because when walls and windows are breached and broken, whether in 2021 or 2,200 years ago, it is hard to believe one would ever see light again.

For thousands of years, lighting the hanukkiah was an act of protest, reclaiming who we are, reclaiming our stories and rededicating ourselves to the past lights, and the ultimate restoration of the menorah’s light in a rebuilt Jerusalem. A time when systems and structures exist where all people feel like they can bring their light, and that they belong. As we approach the winter months and the year ahead, let us remember there is always light, and we must let ours shine.

Rabbi Isaiah Rothstein
is the Rabbinic Scholar and Public Affairs Advisor for the Jewish Federations of North America.
The views and opinions expressed in this article are those of the author and do not necessarily reflect the views of JTA or its parent company, 70 Faces Media.