‘Mercenaries for Jesus’: Christmas is a busy time for Jews who sing in churches 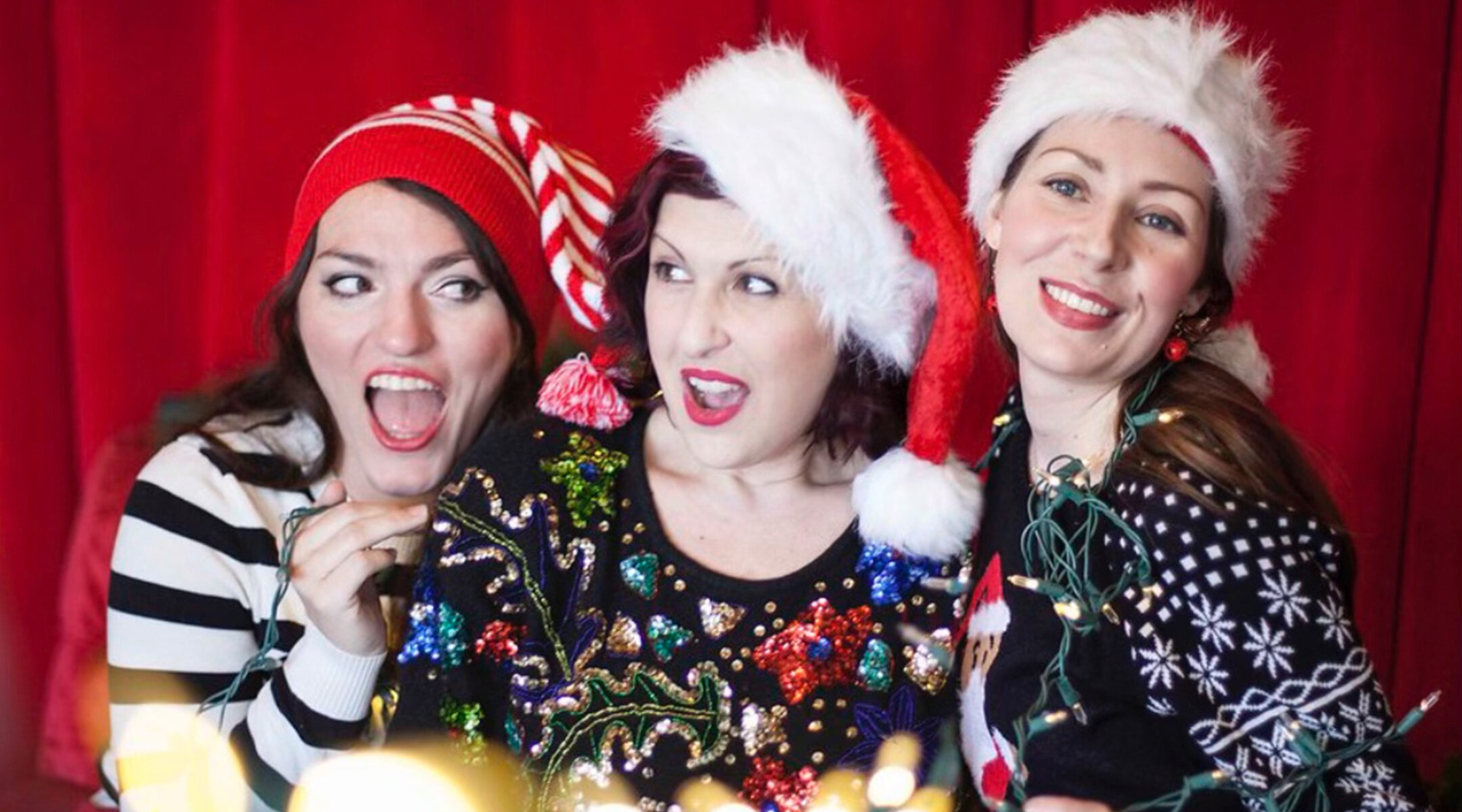 (New York Jewish Week) — “Jesus is a paycheck,” said Rob Orbach, one of the many classically trained Jewish vocalists who perform Christian sacred songs in churches across New York City.

“There’s a lot of money to be made in churches, especially in New York,” Orbach, 30, who lives in West Harlem, told the New York Jewish Week. “It’s a competitive gig. It’s challenging. We have to be perfect.”

It’s the Christmas season, which means churches throughout the city will be presenting holiday music during worship services and in concerts. And because churches don’t discriminate when hiring professionals for their choirs — and New York City has a surplus of Jewish musicians — many of the singers and instrumentalists bringing comfort and joy, comfort and joy, will be Jewish.

“There are lots of Jews all over the church scene,” Maya Ben-Meir, an Israeli singer who has nine years of experience singing in churches, told the New York Jewish Week. “These churches have stellar ensembles. They hire only professionals and perform magnificently beautiful music. Why wouldn’t I go for this type of job?”

While Christmas may be the busy season, singing in a church is one of the rare jobs for professional singers that is “a steady source of income for most of the year,” she added. 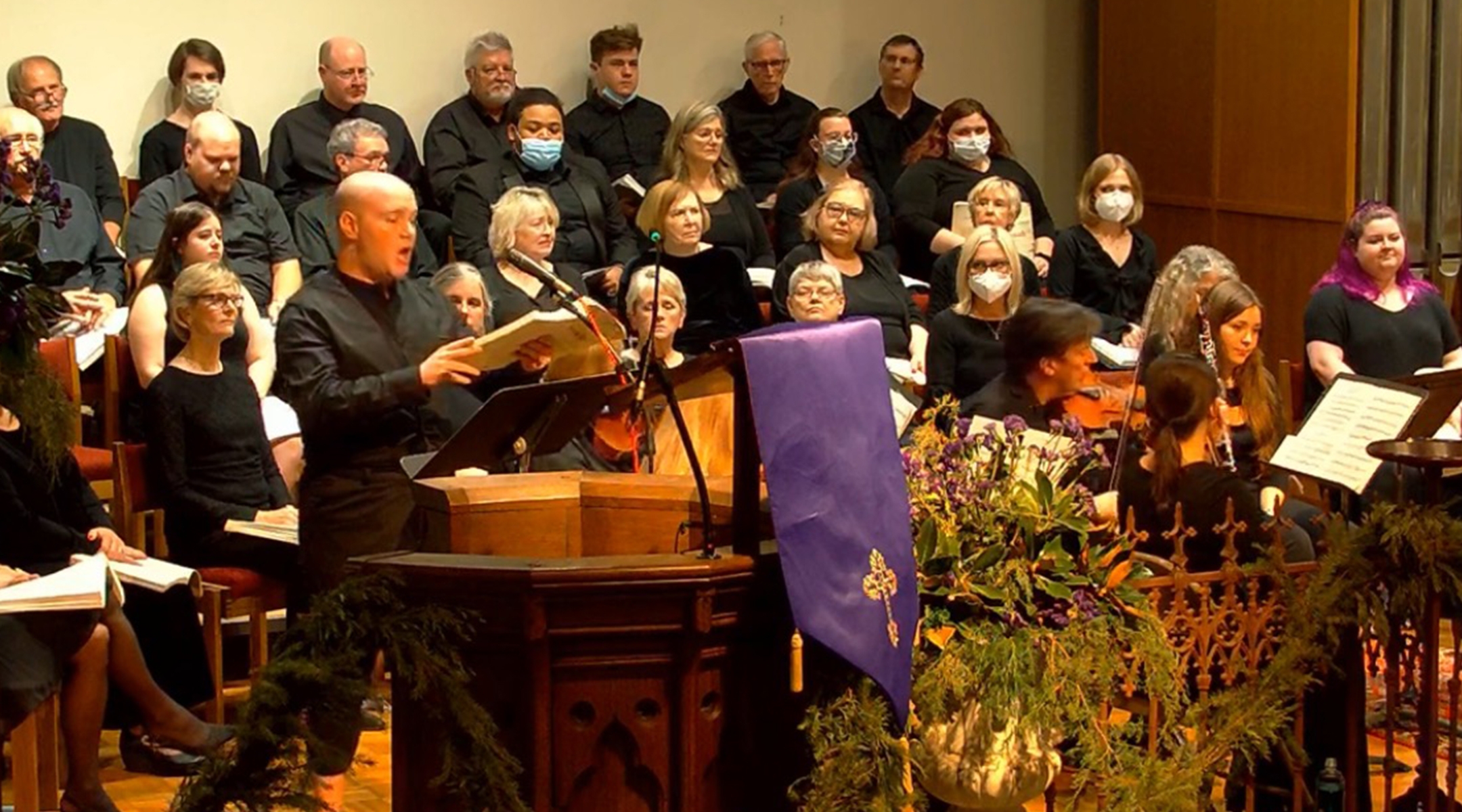 Jewish singer Rob Orbach, 30, performs as part of a church choir in 2021. (Courtesy)

David Gordon, 49, a singer who lives in Manhattan and has more than 20 years of experience singing professionally in churches, estimates that there are hundreds of Jewish singers in church choirs all across New York during this holiday season.

“My choir right now, there are a dozen paid members, and nearly half of them are Jewish, and so is the woman who plays the piano,” said Gordon, who, like other singers interviewed for this article, was hesitant to name the churches where he works.

Gordon, who said that “he’s not very religious” but celebrates the Jewish holidays with his family, told the New York Jewish Week that just this week, he sang a jazz nativity scene and received a call “to ring for the ‘Messiah’” — that is, Handel’s “Messiah” oratorio, a staple of the Christmas season.

“Everybody I know talks about how many ‘Messiahs’ they’re going to have to pay their bills in December,” Gordon said. “It’s a huge part of the career at a certain level.”

He added that he sees himself as “a mercenary for Jesus” — and the outsider angle of a Jew coming into a church to sing Christian worship music is not lost on him.

“There were times where I did not feel welcomed,” Gordon said. “There’s this overlap of ‘We don’t really want you here because you’re a mercenary, you’re getting paid to be here.’”

He said he once heard a pastor say during a sermon that “it’s the fault of the Jews that Jesus was killed the way that he was killed,” Gordon said — a historic charge that the Catholic Church and other denominations have tried to quash.

“It’s something that occasionally comes up,” Gordon said. “Just the sort of standard institutional and relatively harmless antisemitism that’s just part of the Christian tradition.”

Stephanie Horowitz, 41, a Reform Jew who has sung in churches for years on Long Island, told the New York Jewish Week about how she has heard “upsetting things” while working in church choirs.

She described an experience of when the story of Jesus’ crucifixion was told during a service. “This particular church used a translation that was very incendiary towards the Jewish people,” Horowitz said. “It was very clear that they’re trying to send the message that the Jews of the time were responsible for his death, without clarifying that this doesn’t mean we need to hold Jewish people today responsible.”

She added that in another experience, a pastor was giving a sermon about how “the Messiah will be a successful man.”

The pastor “said that, to a Jewish person, a successful man means a rich man,” Horowitz said. “I literally almost stood up and left. The musical director, afterwards, asked if I was OK.”

Meanwhile, Ben-Meir, who grew up secular, said that she was “fortunate enough to work in churches where I didn’t feel antisemitism directed toward me.”

“Everyone knew that I was Jewish,” Ben-Meir said, who is taking a break from singing in churches this season to travel with her partner. “It was never a secret.”

Horowitz explained that when one studies classical music, all roads lead to the church, as Western composers such as Bach, Haydn and Handel led church ensembles and wrote through a Christian lens.

“One of the few places that value musical tonality is the church,” Horowitz said. “I’m obviously not busy on Christmas anyway, so it works out.”

(The custom, it should be noted, goes the other way as well: Some synagogues hire non-Jewish singers and instrumentalists for their choirs. One rabbi even weighed in on whether the practice was permissible.)

And yet, it may seem that for a Jewish person, who is somewhat religious, who celebrates holidays, who grew up around all the Jewish customs, may have trouble singing Christian worship music.

Orbach, who identifies as culturally Jewish, said it is “very easy to separate” his Jewish religion from Christianity when he sings in churches. However, he recalled a time when a church leader asked him to read prayers outside of the rehearsed song.

“As much as I’m not religiously Jewish, that was the line for me,” Orbach said. “I said to them in my interview that I am Jewish.”

Ben-Meir said she never “considered myself to be Christian” while singing in churches.

“It’s a job,” Ben-Meir said. “I always felt that what I was doing when I was singing was bringing joy to the congregants themselves. That, to me, is a form of service, and I don’t necessarily ascribe religiousness to the service.”

Gordon, who is also an actor and teaches acting classes, said that when he performs Christian worship songs as a Jew, it’s similar to when he “checks his ethics at the door when playing a misogynist in an opera.”

“I check my personal feelings aside,” Gordon said. “That’s what I’m paid to do. I just take on the character and the intention of the text, and I’m always glad when an audience is with me, and I’m able to affect them. I don’t really care how.”

He added that there are times when he’d prefer to sing other songs and play other characters that don’t “support the structure of the church.”

“We all have to make compromises as artists,” Gordon said.

Horowitz said that there are plenty of positive experiences involved with singing in the church, and looks forward to taking part in her professional Christmas carol trio, The Jewel Tones, that gets consistent work throughout the holidays.