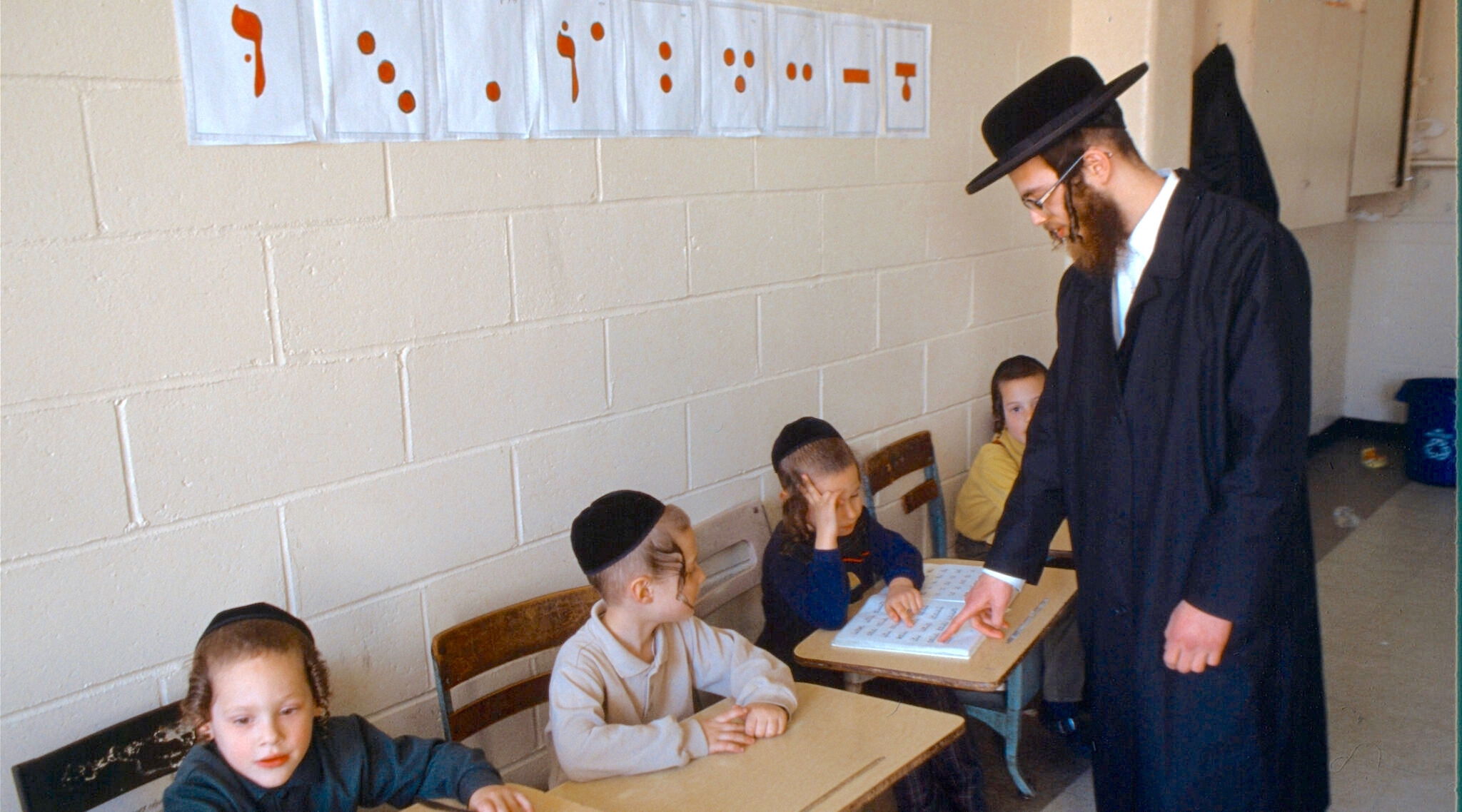 (JTA) — Hasidic schools in New York are taking advantage of a policy designed to make special education more widely available by siphoning public funding for other purposes, according to an investigation published Thursday by the New York Times.

Private companies serving Hasidic and Orthodox schools are now collecting more than $350 million a year in government money in exchange for special education services that are not always needed or even provided, the Times reported.

The schools, known as yeshivas, have reportedly urged parents to obtain medical prescriptions for disabilities and apply for aid on behalf of their children. In 25 yeshivas, more than half the students are qualified to receive special education services, the Times reported, citing government data. The newspaper also reported that of the 18,000 applications for special ed services filed by families last year, more than half came from districts with large Hasidic and Orthodox communities, such as Williamsburg, Borough Park and Crown Heights.

The Times said there is “little research into whether disabilities occur more frequently in the Hasidic community than in others.”

Elana Sigall, a former special education official for the city, told the Times that yeshivas are “accessing tremendous amounts of city resources, but they’re not actually providing special education.”

The Times’ article is the latest in a series of stories about yeshivas that have triggered intense anger among haredi leaders and relief among longtime advocates for improving secular education at the private religious schools. The series started in September when the Times reported that yeshivas were failing to provide secular education as mandated by state law while continuing to collect public funding.

Many Hasidic Jews took to social media to attack the Times’ reporting as defamatory and accused the newspaper of placing undue scrutiny on the Hasidic community out of bigotry or political considerations.

Advocates for reforming yeshiva education, meanwhile, have defended the Times’ investigations as a necessary step toward forcing the schools to change.

The latest article explains that a policy shift unlocking a wave of funding for special education was enacted in 2014 by then-Mayor Bill de Blasio, who ordered that the city fast-track approvals. De Blasio was responding to criticism that the city was failing to adhere to state law requiring that students with disabilities be provided with special education even if the government has to pay private companies to deliver the services.

One such company, started two months after de Blasio’s order by a young married Orthodox couple with almost no experience in education, has collected more than $38 million from the program this year, per the Times. The Times also found evidence that companies providing special education services for private schools in turn make donations to the yeshivas that steer students their way.

The deluge in special education requests has not been accompanied increased oversight: Officials interviewed by Times said that most requests are simply waved through an over-burdened and underfunded system.

School officials and representatives of the special education companies said in statements to the Times that they have operated according to the rules, and that independent evaluators and government supervision ensure that only students who in fact have special needs are being enrolled in the program. The school officials also denied that they have pressured families to seek out diagnoses that aren’t needed.