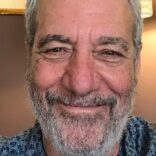 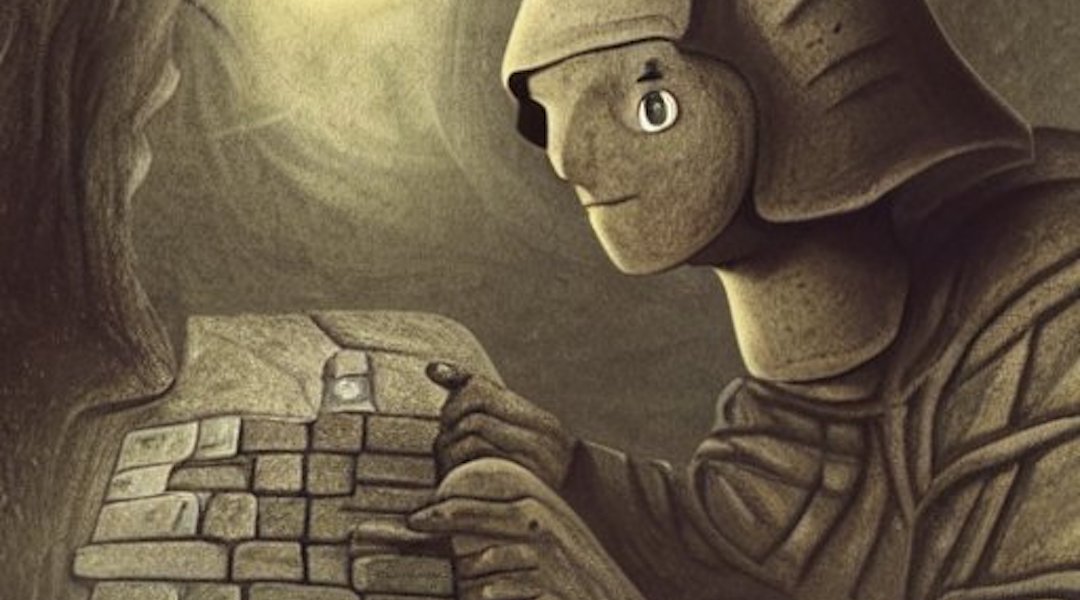 An image generated by the AI text-to-image model Stable Diffusion from the prompt, "a golem at a computer writing poetry." (JTA)
Advertisement

(JTA) — ChatGPT, an AI (artificial intelligence) chatbot with remarkable abilities to mimic human language, has been making big news. One stunt that’s gotten a lot of attention is ChatGPT’s alleged ability to write poetry. If true, this would mark a major advance. If an AI app can write real poetry, it has acquired a soul.

Have we crossed that threshold now with ChatGPT? The program is fun and swiftly generates remarkably lifelike responses to queries and prompts, in grammatically correct if somewhat dull and stuffy sentences. Still, the responses are often full of excellent information.

We’ve certainly made progress in building machines that think. The chess program Deep Blue can beat any grandmaster. Given  a prompt like, “Draw me Donald Duck in the style of Rembrandt surfing on an ocean of macaroni” an art-generating AI like DALL-E can produce remarkable illustrations instantly. “Write me a sonnet about e-bicycles in the style of Shakespeare “— presto, ChatGPT can spit out a sonnet.

For many, the difference between these AI-generated products and the real deal is hard to discern — as it was for the congregants of the New York rabbi who delivered a sermon generated by AI this past Shabbat. If ChatGPT is writing poetry it has passed a most difficult version of the Turing test.

Alan Turing, the early computer scientist who helped crack the Nazis’ Enigma code in World War II, speculated on how to tell if a machine has acquired real intelligence: Can it fool a human being into believing it, too, is human? Imagine yourself exchanging texts with an unseen source hidden behind a screen. If you can’t tell whether you are conversing with a machine or a person, the computer has passed the Turing test.

But I’ve found a loophole. What if the human judge is devolving at the same rate that AI is advancing? Perhaps people are becoming more like computer programs as computer programs become more human. I often hear people say, “I am multitasking,” or “I need to recharge my batteries.” They are emulating machines and even a little proud of it. What if ChatGPT seems to be writing poetry because so many people have become so mechanical in their thinking they can’t recognize the poetry of life?

Out of the wounded vanity of a merely human poet, I asked ChatGPT to “write me a poem about kabbalah in the style of Rodger Kamenetz.” Here are the first four lines:

Kabbalah, the ancient wisdom of the Jews
Enshrined in symbols, stories, and the Tree
Of Life, a map to guide us through our dues
And find the spark of divinity within

To those who know and love poetry this isn’t poetry. It is verse — language written in a rough iambic pentameter that has zero felicity.

The verse offers some good clichés about kabbalah because ChatGPT draws instantly from the whole internet. But ChatGPT has no idea what it is saying. It doesn’t care, or have access, to the kind of truths found in poetry. It just cobbles words and phrases together in a plausible way. Since I asked for a poem, it pours the content into a metrical form. But that doesn’t make it beautiful.

In skillful verse, line breaks and end rhymes create variety and emphasis. But what emphasis is served by rhyming “Jews” and “dues”? What does “dues” even mean in this context — unless it’s a reminder to pay your synagogue dues?

Judging from the response to ChatGPT’s verse, many do think it writes poetry. But that’s where the loophole comes in. The Turing test depends on a human judge. For a judge who has never spent time dwelling on what is beautiful in poetry, ChatGPT has passed the test. But that does not prove that ChatGPT is genuinely creative. It just proves that many people have little interest in poetry, and do not value primary imagination. If I can’t tell whether I am talking to a program or a person, maybe the problem is with me. I pity anyone who can’t distinguish verse written by a bot and a poem by Alicia Ostriker or Gerald Stern.

ChatGPT is no more alive than the legendary golem of Prague.

It is said that the Maharal — the great Rabbi Judah Loew of 16th-century Prague — fashioned a magical creature of river mud in order to (what else?) save the Jews. Using permutations of the names of God,  the Maharal brought the golem to life by writing “emet” on the creature’s forehead — Hebrew for “truth.”

The legend is rooted in Talmudic discussions of the mystical Book of Formation (Sefer Yetzirah), and further back to Genesis 2:7 which describes a second version of Adam’s creation:

Then the LORD God formed man of the dust of the ground, and breathed into his nostrils the breath of life; and man became a living soul.

Here we see the original transition from matter to life, from a mere golem — a heap of dirt — to an “adam,” a human being. And according to the 2nd-century translator Onkelos, what marks that transition is the human’s ability to speak poetic language.

When Onkelos translates Genesis 2:7, he renders the Hebrew “nefesh haya” — living soul — as the Aramaic “ruach m’mamila” — a speaking spirit. Poetry is that spirit speaking. Poetry is the utterance of a living soul. And poetry inscribes truth, not on a forehead of mud, but on the human heart.

ChatGPT cannot tell — and doesn’t care — whether what it is writing is true or beautiful. But in the best poetry we hear that strong “speaking spirit” — what Wallace Stevens called “the voice that is great within us.” Poetry rings true — and makes us more beautifully human.

Rodger Kamenetz
wrote "The Jew in the Lotus" and "The History of Last Night's Dream." His latest book of poetry is "The Missing Jew: Poems 1976-2022" from Ben Yehuda Press. Find him at http://www.kamenetz.com, on Twitter @Jewinthelotus and Instagram @rodgerkam
The views and opinions expressed in this article are those of the author and do not necessarily reflect the views of JTA or its parent company, 70 Faces Media.