Over 90 countries, including allies, express ‘deep concern’ over Israel’s retaliation against Palestinians 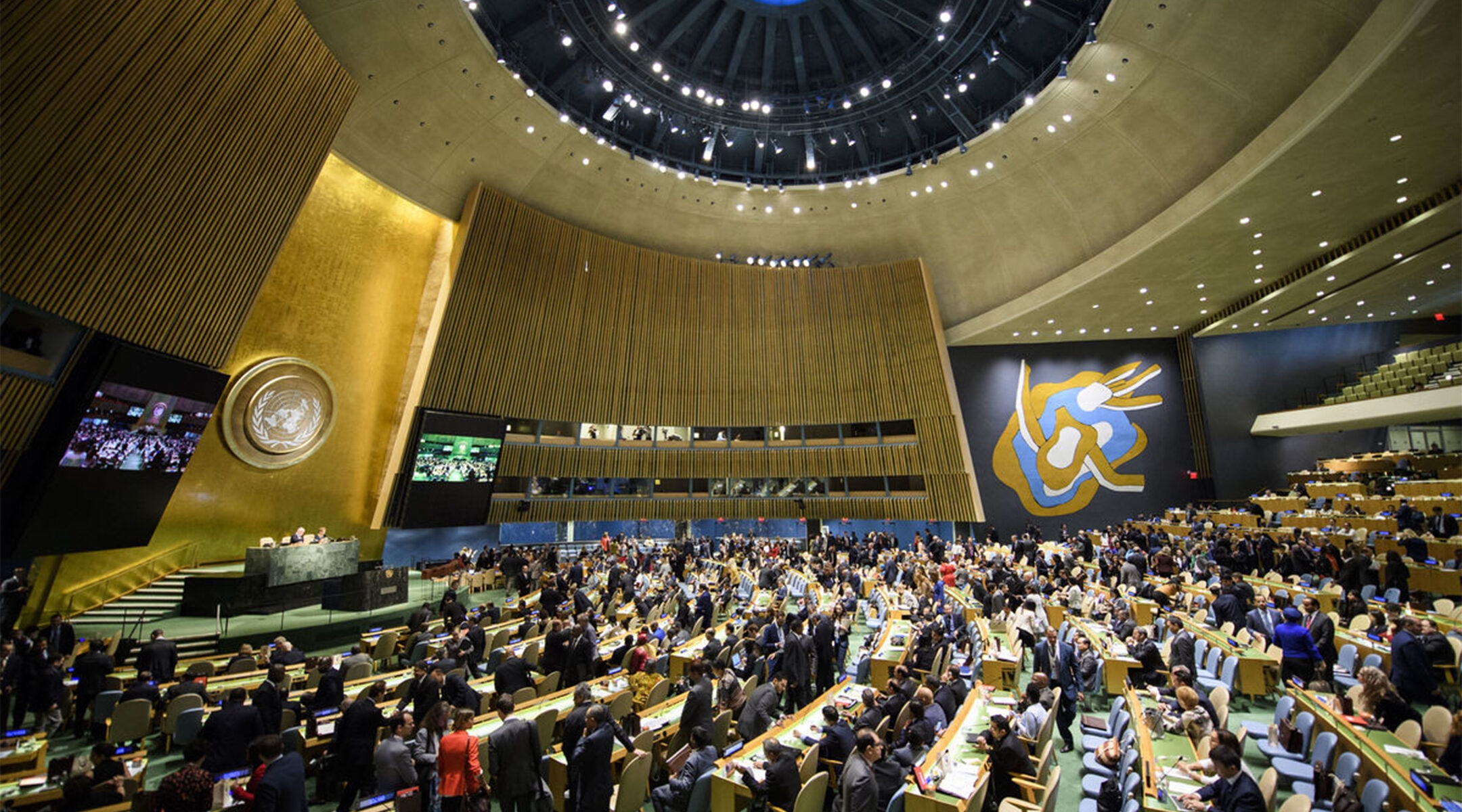 (JTA) — Five countries stood out on a statement signed by more than 90 countries calling on Israel to end punitive measures it imposed on the Palestinians in retaliation for a United Nations vote that referred Israel to the International Court of Justice.

Those five countries — Estonia, Germany, Italy, Lithuania and Romania — were among the minority of 26 who voted against the resolution last month that prompted Israel to sanction the Palestinians. Their decision to join the statement released Monday is a harbinger of the diplomatic landmines Israel’s new extremist government faces even among the country’s traditional allies.

“We express our deep concern regarding the Israeli government’s decision to impose punitive measures against the Palestinian people, leadership, and civil society,” said the statement.

The U.N. General Assembly resolution, which passed in December with 87 in favor and 26 against, with 53 abstentions, called on the U.N.-aligned International Court of Justice to assess “the legal consequences arising from the ongoing violation by Israel of the right of the Palestinian people to self-determination, from its prolonged occupation, settlement, and annexation of territories seized in 1967.”

The Palestinian Authority and its affiliated Palestine Liberation Organization have for years been pressing international judicial bodies to establish cases against Israel and Israeli officials for what the Palestinians say are war crimes. The Palestinian mission to the United Nations had pressed for last month’s vote.

Israel has warned that it would retaliate should any of those measures achieve success.

One of the first measures taken by the new far-right government led by Prime Minister Benjamin Netanyahu was to retaliate against the Palestinians for the U.N. vote. Netanyahu’s government kept $39 million in tax revenue that it would otherwise transfer to the cash-strapped Palestinian Authority and took other restrictive measures, including freezing Palestinian construction. It transferred some of the tax revenue to a compensation fund for families of victims of terrorism.

Germany, which usually aligns closely with Israel in international bodies, noted the diversity of opinion among the 90-plus signatories.

“This group, which holds diverging views on a recent UNGA resolution calling for an ICJ advisory opinion, agrees on the rejection of punitive measures in response to the resolution,” the German mission to the United Nations said Monday on Twitter, quoting a tweet from the Palestinian mission posting the statement.

Israel’s foreign minister, Eli Cohen, dismissed the statement as insignificant. “Meaningless statements and signatures will not stop us from making the right decisions that will protect our citizens and secure our future,” he said in a tweet.