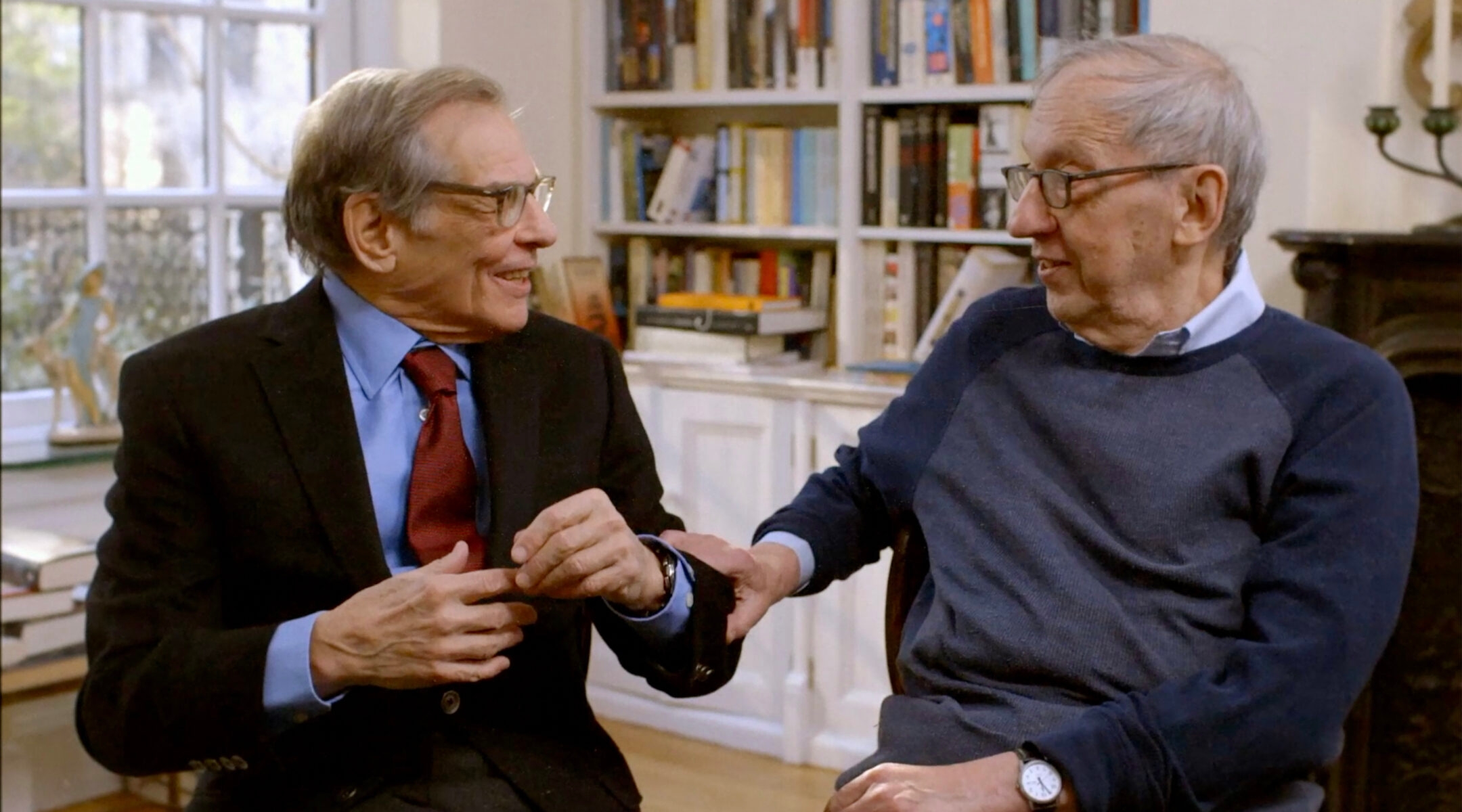 The relationship between political writer Robert Caro and his longtime editor Bob Gottlieb is the subject of "Turn Every Page," a documentary directed by Gottlieb's daughter Lizzie. (Courtesy)
Advertisement

(New York Jewish Week) — Bob Gottlieb, who as editor-in-chief of Simon & Schuster, Alfred A. Knopf and The New Yorker ushered into print some of the 20th-century’s most accomplished writers — Nora Ephron, Toni Morrison, Salman Rushdie, John Cheever and Ray Bradbury, to name a few — believes editing is a service job, one that should go unnoticed by the reader.

And yet, it is the relationship between editor and writer that his daughter Lizzie Gottlieb, a documentary filmmaker, explores in her latest film, “Turn Every Page: The Adventures of Robert Caro and Robert Gottlieb,” which premiered at the Tribeca Film Festival in 2022 and is now screening at theaters across the country.

Lizzie’s documentary sets out to explore the sometimes tense but ultimately caring relationship between her father, Bob, and one of his longest running authors, Robert Caro, who over the course of 50 years has produced “only” five major books: “The Power Broker,” a classic biography of urban planner Robert Moses, and four volumes of “The Years of Lyndon B. Johnson.”

Jews born and raised in Manhattan, Caro and Gottlieb have worked together since Gottlieb helped cut 350,000 words out of the first draft of “The Power Broker,” bringing it down to a book that ultimately ran 1,338 pages when it was published in 1974.

The thing they squabble over most often? Semicolons, still. Or, maybe, Caro’s overuse of the word “looms.”

The film, seven years in the making, takes on the ways Moses shaped New York City, the mysteries of LBJ’s political power, the sausage-making of bestselling books and the idiosyncrasies of two workaholics. It is also a story of two now elderly men — Caro is 87, Gottlieb is 91 — in what Bob Gottlieb calls an “actuarial” contest to finish Caro’s highly anticipated fifth volume of his Johnson biography.

“My dad and I are very close. We’re in constant contact with each other. If something funny happens, I call my dad. If something sad or confusing happens, I’ll call him. We’re just in each other’s lives all the time, so I didn’t feel that there was a secret I needed to uncover or something unexamined in our relationship,” said director Lizzie Gottlieb, who also teaches documentary filmmaking at the New York Film Academy.

“But the one thing I really knew nothing about in his life was his relationship with Bob Caro,” she said. “Because it was so different from anything else, and it was so kind of private. So really, the whole movie is the process of me understanding something that I didn’t understand before.”

The New York Jewish Week recently caught up with Gottlieb to talk about the making of the film, what it was like growing up in a high-profile family and how Jewishness impacts the work of the two men. 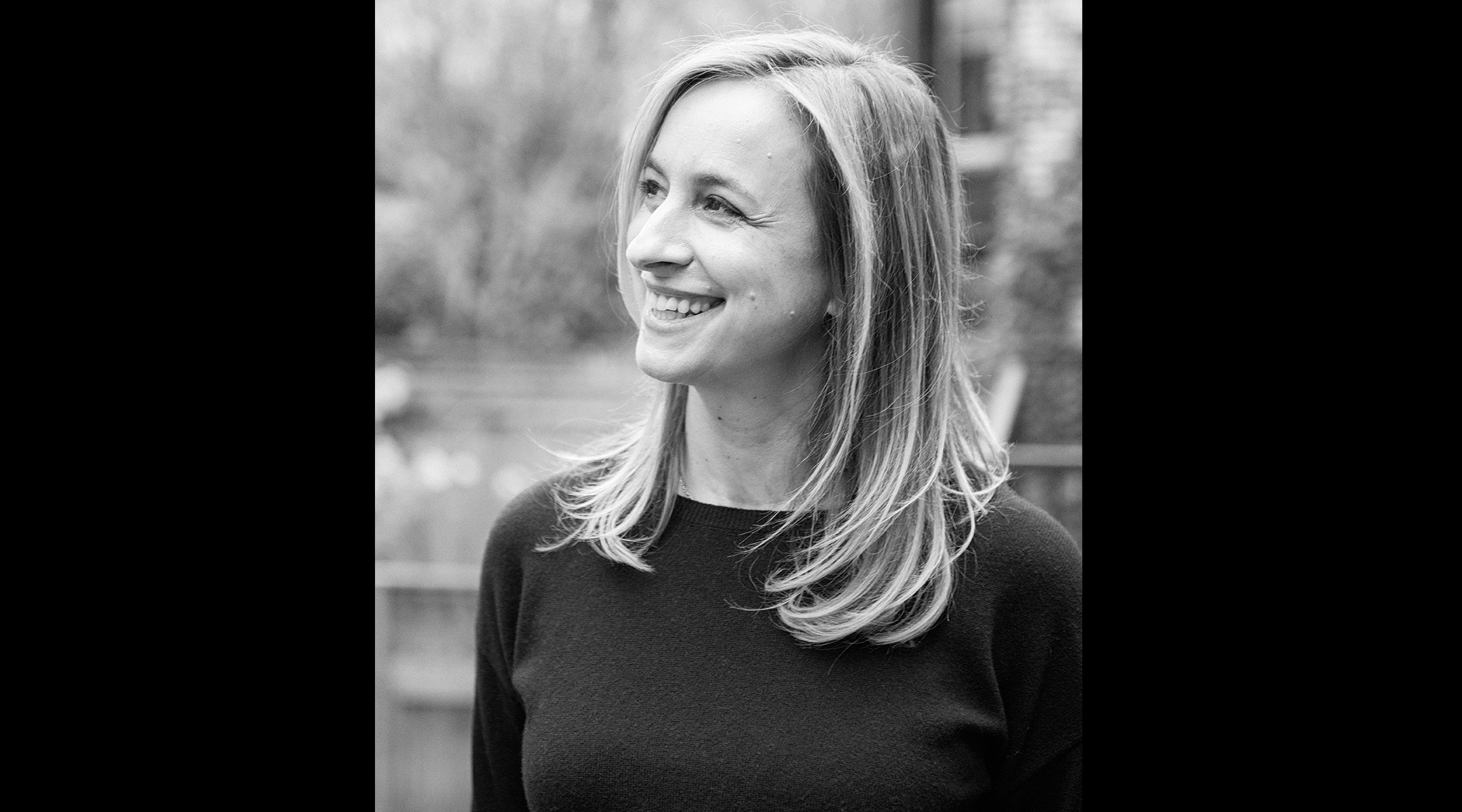 New York Jewish Week: You’ve been working on this movie for seven years. When did you realize you needed to make this movie and how did it get from start to finish?

For a long time, people would say to me, “You should make a film about your father.” I have an incredible father. He’s done a lot of great things. He’s interesting and funny. But I just thought, a film whose message is “look how great my dad is” is not a movie that anybody wants to see.

And then my father was given some award and Bob Caro was presenting the award. Bob Caro gave a speech about working with my dad over what was then 45 years. He talked about how he needs him, and he respects him and how they’re so productive. Then he started talking about their arguments. Somebody in the audience asked what they fought about and he said, “We have very different feelings about the semicolon.” Everybody erupted into laughs and it just hit me like a bolt of lightning. I thought, “This is the movie, this is the story.”

I wanted a story that had forward momentum and had something big at stake. A film about two men in their 60s who had done a lot of great stuff is not that interesting. But a film about two men who are hovering around 90 and are still in it, and engaged in their work, who have a dedication and passion and are in a race against time to finish their life’s work, felt really, really compelling to me.

People say, “Are you sure you should be wasting [Caro’s] time with a movie? He needs to be writing.” My producer Jen Small said we should put on the poster, “No Lyndon Johnson books were harmed in the making of this film.”

Do you think you had a perspective that made you the best person to try and talk about their relationship and document it, or was it challenging to make the leap of them being willing to open up to you?

There was definitely a pursuit of them. I called my father and I was like, “I have the best idea ever. I’m going to make a film about you and Robert Caro.” He said, “No way. Absolutely not. Never. It would not be good for our relationship.”

I just kept pestering and pestering and pestering him. Finally, he said I could call Bob Caro but he would say no and of course Bob Caro did initially say no. Then he said that he’d seen another film of mine and I could come and speak to him. Eventually, Caro said, “I’ve never seen a film about a writer and an editor, and I think this could be meaningful. I don’t think anyone’s ever seen this before.” So he let me start, but he had this kind of hilarious condition, which was that he didn’t want to ever appear in the same room as my father. That seemed funny and a little maddening and sort of endearing. It also seemed like an irresistible challenge to try to make a buddy film where they don’t appear in the same room as each other. A woman came to a screening recently and she said, “It’s a love story, and they don’t get together until the last scene.”

They both say that somehow the making of this movie has brought them closer together and that they have developed a real friendship after 50 years. Maybe just having to articulate what their relationship has meant to each other has made them appreciate it more.

What was it like to grow up in your household, with your father as this major editor and your mother (actress Maria Tucci) on Broadway?

I grew up in a really incredible household. My mother’s an actress, my father’s a publisher and editor. Our house was this kind of vibrant, boisterous household that was always filled with eccentric, incredible people — actors and writers. My dad’s writers would come for dinner and then my mother would go off and do a play on Broadway and then come back at midnight and make another dinner. It was incredible. So I feel that both of their work was kind of integrated into our life and into our family. All of his writers were really like family members, except for Bob Caro, who never came over and who I never met. I think that there’s something particular and peculiar about their relationship that they needed to stay apart and only come together over work. I guess that was something that intrigued me and that’s part of why I wanted to make the movie. 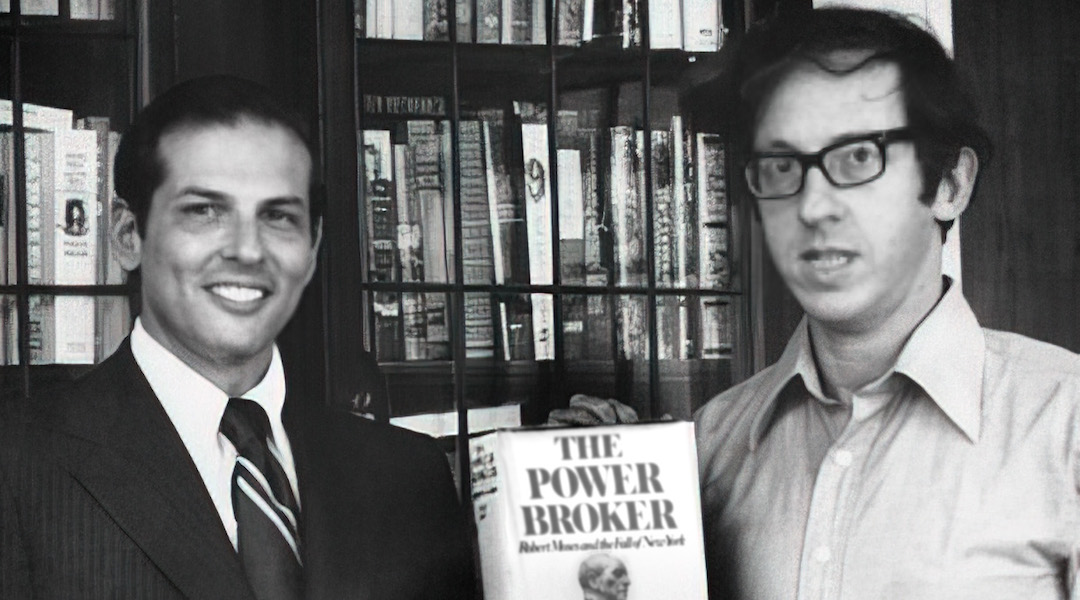 The Jewishness in the film is a bit more implicit, though you discuss it when talking about their upbringings. How do you think their Jewish identities have impacted their work?

I don’t want to presume to speak for either of them about their Jewishness. I know they both very strongly identify as New York Jews, which probably means something slightly different to each of them, but I think it’s essential to their definitions of themselves. Their humor may be particularly Jewish as well. David Remnick uses a word at the end of the movie, where he says Caro needs to have “sitzfleisch” in order to finish the book. It’s this Yiddish [and German] word that means the ability to sit for long, long periods of time and apply yourself to something. I think that that is something that these two guys have: It’s almost a Talmudic focus on their craft, and without that they wouldn’t be who they are. So to the extent that that’s a Jewish quality, I think that’s essential to their being, to their achievements. There’s something like a Talmudic scholar in going over all these things, the industriousness and the empathy as well, this sort of looking at a thing from all sides and dedicating yourself to this pursuit.

Bonus question: You briefly show the various eccentric collections your dad has, including plastic handbags and kitschy Israeli record albums from the ’60s and ’70s. What is that about?

Yes, he has a lot of collections. He also has a collection of macramé owls. There are many that are not in the movie. Maybe that’s a Talmudic thing as well, like a deep dive into whatever it is that is interesting to him. He says that every subject gets more interesting the deeper you get into it. When something strikes him as charming or funny or curious, he goes all the way with it. My mother doesn’t love them. There’s a little bit of a power struggle there, but he wins. You grow up with something and you don’t really think about it. But I knew I had to find a way to put this in the movie. People kept saying it’s irrelevant, it’s to the side, but I knew I had to because it’s so weird and says so much about him.