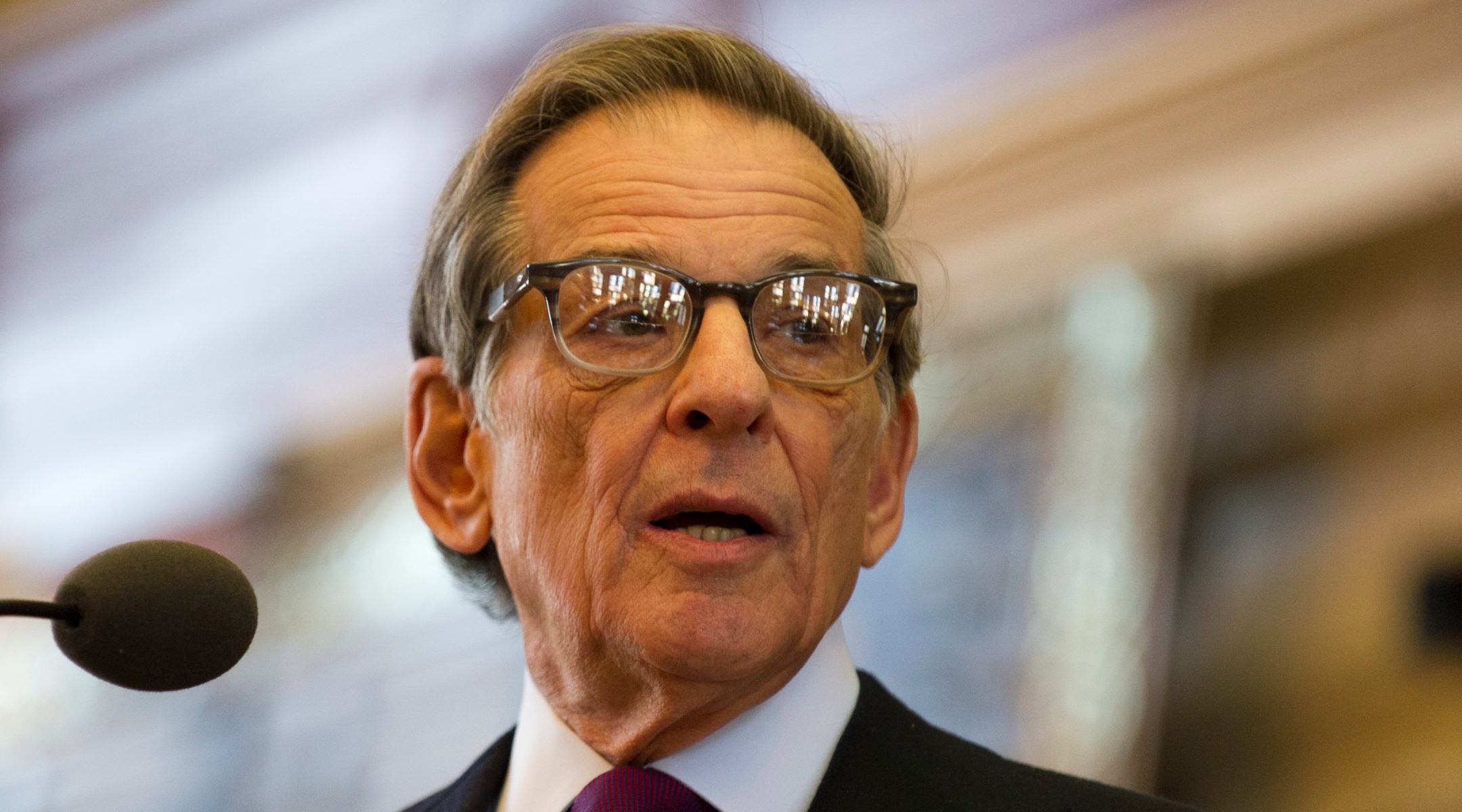 NEW YORK (JTA) — The assorted writings of famed biographer Robert Caro will now have a permanent place at the New-York Historical Society.

NYHS has acquired some 200 linear feet of Caro’s notes, interview transcripts, drafts, correspondence, once-classified documents and writings that will be open to researchers. The society will also create a permanent installation in its museum galleries dedicated to showing the art of Caro’s craft, according to the New York Times.

“It’s like a true weight has been lifted from my shoulders,” Caro told the Times in his office off Central Park West, “where he was surrounded by hulking filing cabinets, piles of heavily scribbled-on legal pads and — tantalizingly — a wooden box holding typed pages of the eagerly awaited final Johnson volume.”

Caro is known for his exhaustively researched biographies, including “The Power Broker,” about the controversial public works official Robert Moses, and the still-in-progress “The Year of Lyndon B. Johnson,” Louise Mirrer, the president and chief executive of the historical society, called the richness and scope of Caro’s papers “astonishing.”

Caro, 84, was born in New York City to Celia (nee Mendelsohn) and Benjamin Caro, a Yiddish-speaking Jew from Warsaw.