Sign up for the Israel & the Presidents email series

From Truman to Trump 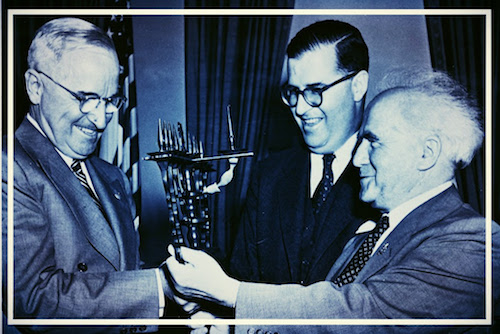 In the past seven decades, no relationship has been more important for Israel than its on-again, off-again friendship with the United States and its presidents. With this new email series, JTA’s veteran reporter Ron Kampeas describes the U.S.-Israel friendship through portraits of 13 of those presidents, from Harry Truman to Donald Trump.