The Night the Moon Vanished

A Blessing on the Moon is a magical, thoughtful novel by Joseph Skibell about ghosts and dreams and the afterlife…and it happens to take place during the Holocaust.

One winter night, Chaim Skibelski and everyone in his village are rounded up by the Nazis, shot, and thrown into a hollow grave. That night, Chaim wanders home with a splitting headache, only to find a non-Jewish family moving in to his house. He waves at the father to stop. The father walks right through him. Chaim soon realizes the truth: He’s dead.

Blessing, written in 1997, follows Skibelski (which also happens to be the name of the author’s great-grandfather) on a mysterious journey with no apparent end. He falls in love with the teenage daughter of the new family in his home, a victim of her father’s abuse. He joins up with the village rebbe, reincarnated as a crow who can speak.

And even stranger things are afoot–one night, the moon is stolen out of the sky, never to return. Then the entire Jewish population of the town is resurrected from their mass grave, and Chaim becomes their de facto leader, guiding them through the harsh Polish winter, where they meet man-eating wolves and the ghosts of Nazi soldiers. Chaim doesn’t know where he’s taking them, or why. He just knows they must keep moving–if only because they have nowhere to return to. 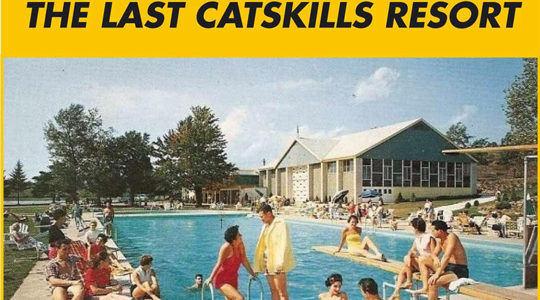