In 1894, boys like Jiří Langer were a dime a dozen: Born into an assimilated Jewish family in Prague, there was nothing notable about him until, at 19, he bought “a railway ticket to a little place in eastern Galicia,” where he met the Hasidic rebbe of the town of Belz. He returned to Prague wearing traditional dress and observing Hasidic customs.

This was in an era when being a baal teshuva was unheard of. Years later, in the introduction to Nine Gates, Jiří’s collection of Hasidic tales, his brother František reflected: “Jiří resembled Kafka’s novel The Metamorphosis, in which a family finds its way of life completely upset when the son is suddenly changed into an enormous cockroach.”

The allusion was not to a distant literary figure but to a real person in the young man’s life. Though his parents tried to talk Jiří out of his new religiosity, the famous surrealist author took an interest in just that. Jiří, who was anything but a “normal” Hasid, started studying Jewish mysticism with Kafka, and circulating among Prague’s avant-garde artists. He even published several books, including a volume of poetry called The Eroticism of Kabbalah. Probably not who you’d have expected to find in Kafka’s inner circle.

The Jewish People, in Posters 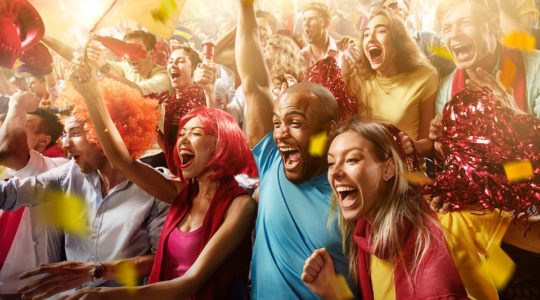 The True Story of the “Annie Hall” Roller Coaster House