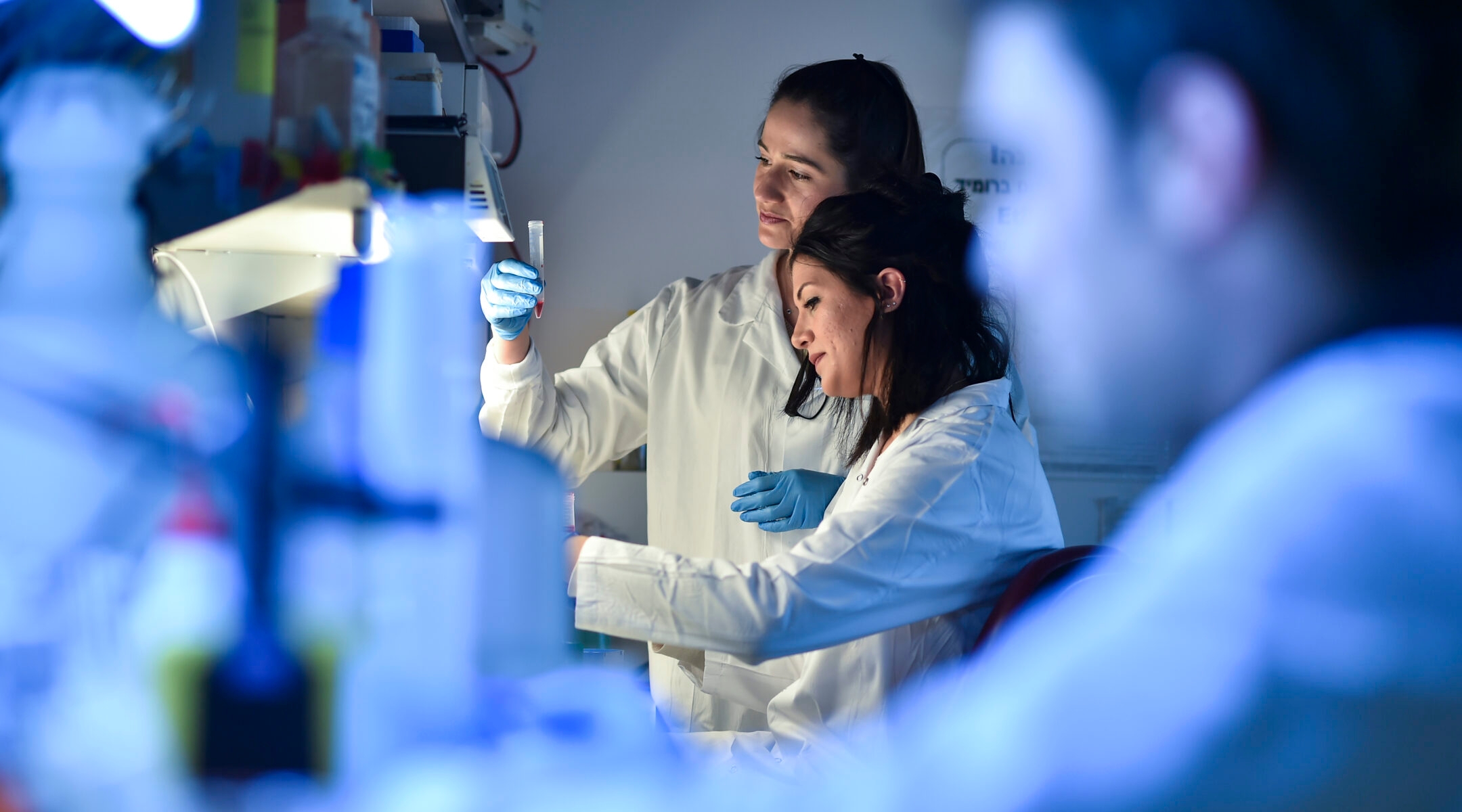 This post is sponsored by the American Society of the University of Haifa, which is dedicated to increasing awareness and financial support for University of Haifa to ensure its continued excellence in innovation, sustainability, and shared society.

More from American Society of the University of Haifa

Home to 17,000 students, University of Haifa is uniquely interwoven with Mount Carmel, the City of Haifa, and the Mediterranean Sea. For 50 years, we have fostered academic excellence through interdisciplinary research and innovation in a community built on collaboration, tolerance, and diversity.

Today, University of Haifa is seeking to expand its global impact by setting ambitious and essential goals for the wellbeing of our global society. Our academic strategic plan aligns with the United Nations’ 17 Sustainable Development Goals (SDGs) of eliminating poverty, hunger, and discrimination. The renowned Times Higher Education Impact Rankings lists University of Haifa as Israel’s sole representative on the global survey evaluating institutions’ work toward meeting these goals.

Our inimitable proximity to the mountains, city, and sea has inspired the approach to problem-solving that we are implementing amid the University’s 50th anniversary: think locally, act globally.  Working out of “living laboratories,” we are able to access and harness the talent and resources that extend beyond our immediate communities to study and implement global solutions.

Building upon 50 years of success

For our 50th anniversary, we are embarking on a $150 million fundraising campaign to build infrastructure and expand research in the areas of equality, environment, health, and humanities, as well as the technology to maximize our impact on 21st Century global challenges. Through this investment, the University will build upon the successes of the past 50 years and reach further than ever before to provide access and resources for our diverse student body, establish new areas of study, recruit and retain top faculty, and expand our spaces for innovation. Our ultimate campaign goal is to unlock groundbreaking discoveries within our natural “Mountain-City-Sea” laboratories with global implications for the planet’s changing climate and evolving societies.

At University of Haifa, the road to global impact begins locally. We are committed to creating a new broad and inclusive middle class — a community of Israeli citizens who are prepared to meet the challenges of the future.

Jews, Muslims, Christians, Druze, international students, and security personnel study and socialize together in an atmosphere of tolerance and respect on our campus. The faculty is 50% women, and 40% of the student body consists of Arabs (of whom 70% are women). Many students are recent immigrants, others represent the first generation in their families to attend university.

University of Haifa also runs various initiatives that proactively foster coexistence — including the Jewish-Arab Community Leadership Program, which facilitates dialogue and multicultural social interaction between Jewish and Arab students through joint community projects, and the Haifa Innovation Labs, a start-up incubator whose programs focus on social innovation and impact entrepreneurship.

Further, as a multi-campus institution integrating disciplines, people, and places, we function as a driving force for economic development that secures and stabilizes the North of Israel.

By leveraging the talent that we cultivate on a local level, we are able to tackle pressing global challenges, in line with the U.N.’s SDGs.

It starts with climate change, which is widely recognized as the most urgent problem facing humanity. University of Haifa is engaged in interdisciplinary research that will reverse the negative effects of global climate change and restore our ecosystem for a safe and healthy future. Our laboratory for combating climate change is the Mediterranean Sea, an optimal research setting due to its semi-closed basin and its status as one of the most responsive seas to climate change.

In January 2022, University of Haifa’s Leon H. Charney School of Marine Sciences launched a new five-year program with the Germany-based GEOMAR Helmholtz Centre for Ocean Research Kiel. The two institutions formed the new Eastern Mediterranean Sea Centre, where a core team of 30 researchers and students study the Mediterranean as an early-warning model system that informs us about future conditions in oceans worldwide.

Another partnership, between our Leon Recanati Institute for Maritime Studies and the Scripps Center for Marine Archeology, is investigating the impact of long-term climate change and rising sea levels on the cultures of the eastern Mediterranean. This research will help us better understand how environmental changes affect ancient societies worldwide.

Our global mission continues with the issue of water scarcity. The Charney School recognizes the importance of seawater desalination to the future and has identified two important issues that will have major environmental and health implications — the quality of water as a source of drinking water must be ensured; and desalination byproducts must be considered and reduced. The school monitors these issues in order to protect the coastal and marine environment in Israel and provide guidance for how to do this globally.

The Charney School is also focusing on feeding the world’s growing population, by exploring the flora and fauna of the oceans as potential food sources. Evolutionary biologists within our Faculty of Natural Sciences, meanwhile, are cultivating fava beans as the next generation of superfoods. 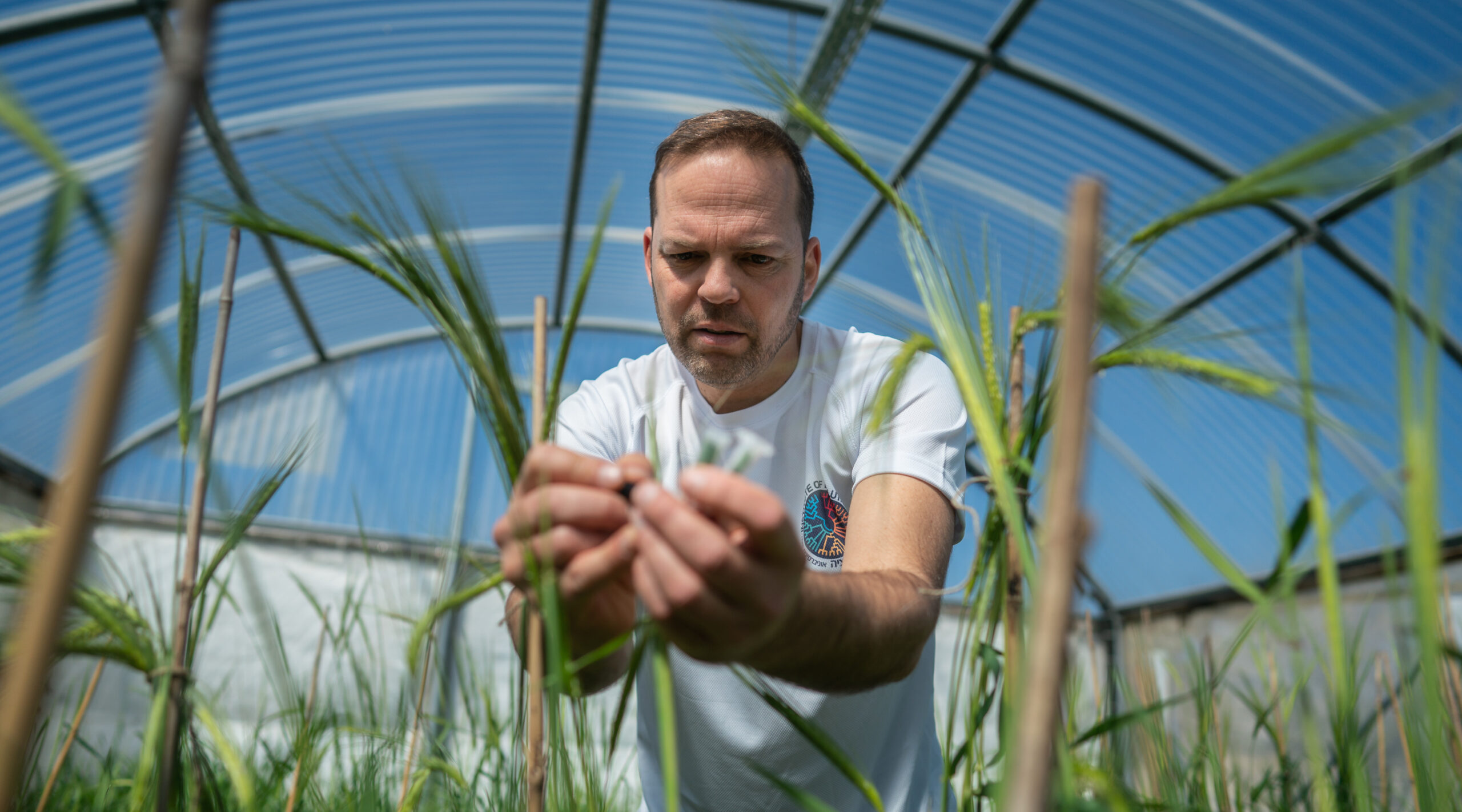 Prof. Assaf Distelfeld and researchers at the Institute of Evolution are contributing an important piece to the food security puzzle. (University of Haifa)

Recognizing our partners and friends

In recognition of the University’s milestone 50th anniversary, the American Society of University of Haifa wishes to recognize and thank our foundational partners and friends whose generosity and commitment have shaped and supported 50 years of discoveries for the advancement of global society.

Visionary philanthropic leadership recently came to life through the inauguration of the Bloom School of Graduate Studies, which establishes a pioneering interdisciplinary academic structure for PhDs and postdocs. Additionally, the Lady Barbara Davis Wild Cereal Gene Bank also supported by the Laszlo N. Tauber Family Foundation, along with the dedication of the Herta and Paul Amir Tech Campus, the Herta and Paul Amir Health Sciences Building, and the Herta and Paul Amir Faculty of Social Sciences, will expand the University’s research to maximize its impact on 21st Century global challenges.

Thank you for making the University’s 50th year a time of significant growth and expansion, as together, we plan the next 50 years and impact future generations.