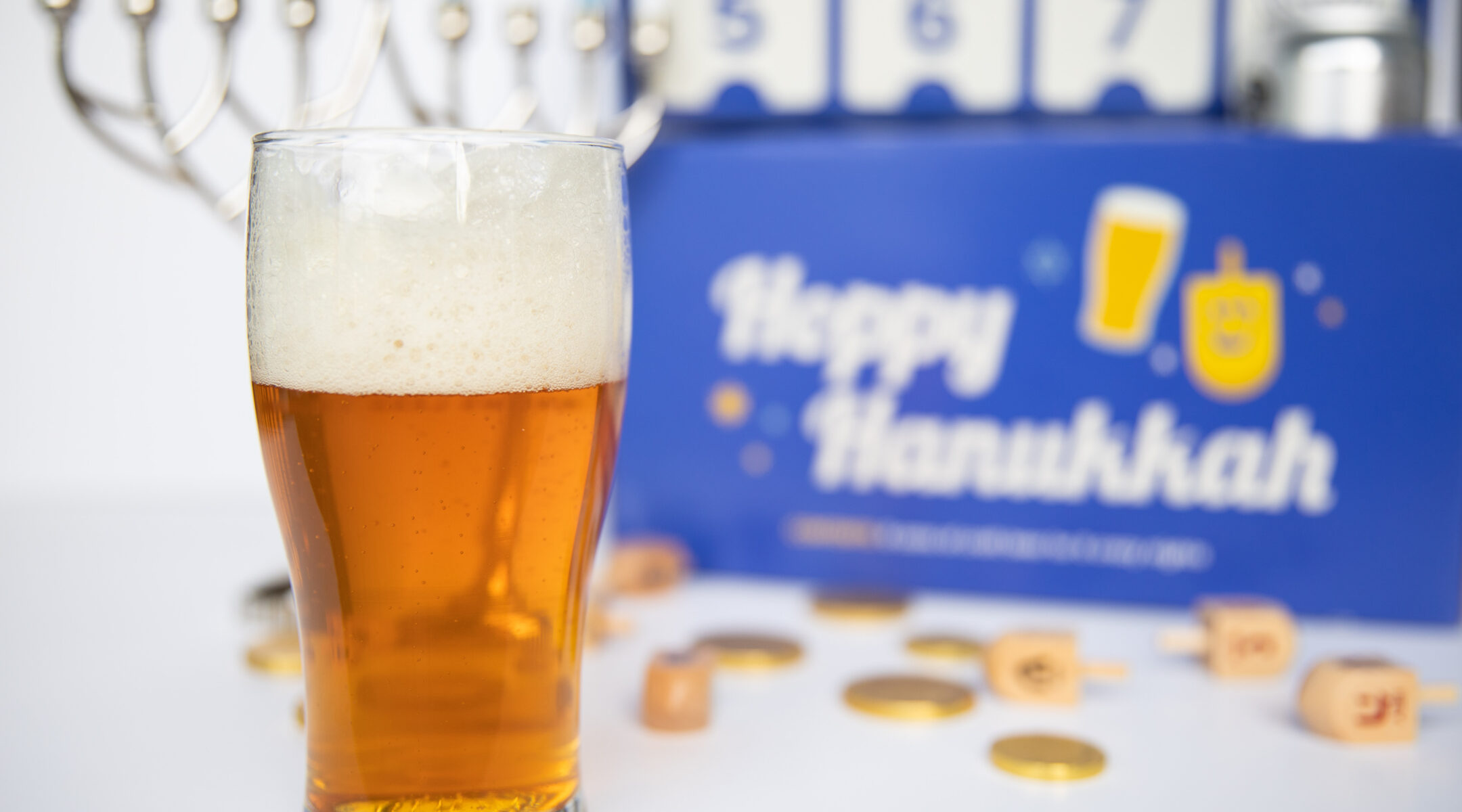 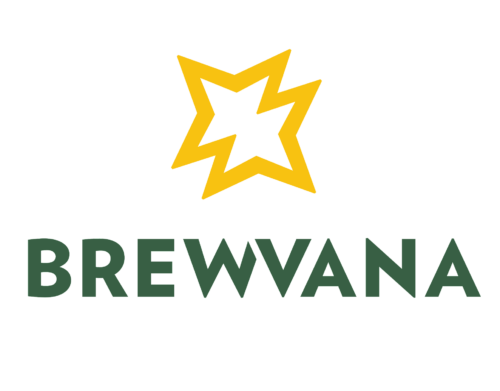 This is a Paid Post from Brewvana, the premier online retailer and community for home-brew classes, equipment and beer boxes.

In most Jewish holidays, wine gets the spotlight. Hanukkah is not one of those holidays!

When it comes to Hanukkah, it’s all about the fried foods like latkes and Jelly donuts. Sure, wine enthusiasts might say “I can pair latkes with Champagne,” but can they really? As a Certified Cicerone, the beer version of a wine sommelier, all I want with my oily golden potato pancakes is a crisp Vienna Lager, Hazy Pale Ale, or to crack open any of the beers in my Hoppy Hanukkah Craft Beer-a-day Box from Brewvana. What I really love about this box is that every beer includes a nightly invitation to a virtual tasting to meet the Jews behind the brews!

And this brings up the question, is beer kosher?

Why yes, beer is kosher! … hypothetically speaking, but it’s a bit more nuanced.

In order for beer to be kosher, it must be inspected and certified by one of the many certifying agencies (Star-K is the largest in the beer industry). But let’s be real, certifying something kosher has to be expensive. However, if your beer is brewed following Reinheitsgebot (pronounced “Rine Heights Ge-Boat”), a Bavarian beer purity law of 1516, then it can only be brewed with water, barley, hops, and yeast. Luckily, these raw ingredients are considered pareve, as they do not contain dairy or meat. If beer is produced adhering to this typical method, which a lot of beer styles do, it doesn’t violate Jewish dietary law. L’Chaim!

If you want to guarantee that your beer is kosher, you’ll want to look for a kosher certification. Not many American breweries can claim this distinction, but those that do include Samuel Adams, Shmaltz Brewing’s “He’Brew” line, Uinta Brewing, and everything from Leikam Brewing in Portland, Oregon (see the rest below). Why aren’t more breweries certified kosher? Like I mentioned above, food certification, whether it’s certified organic or kosher, is a costly process. 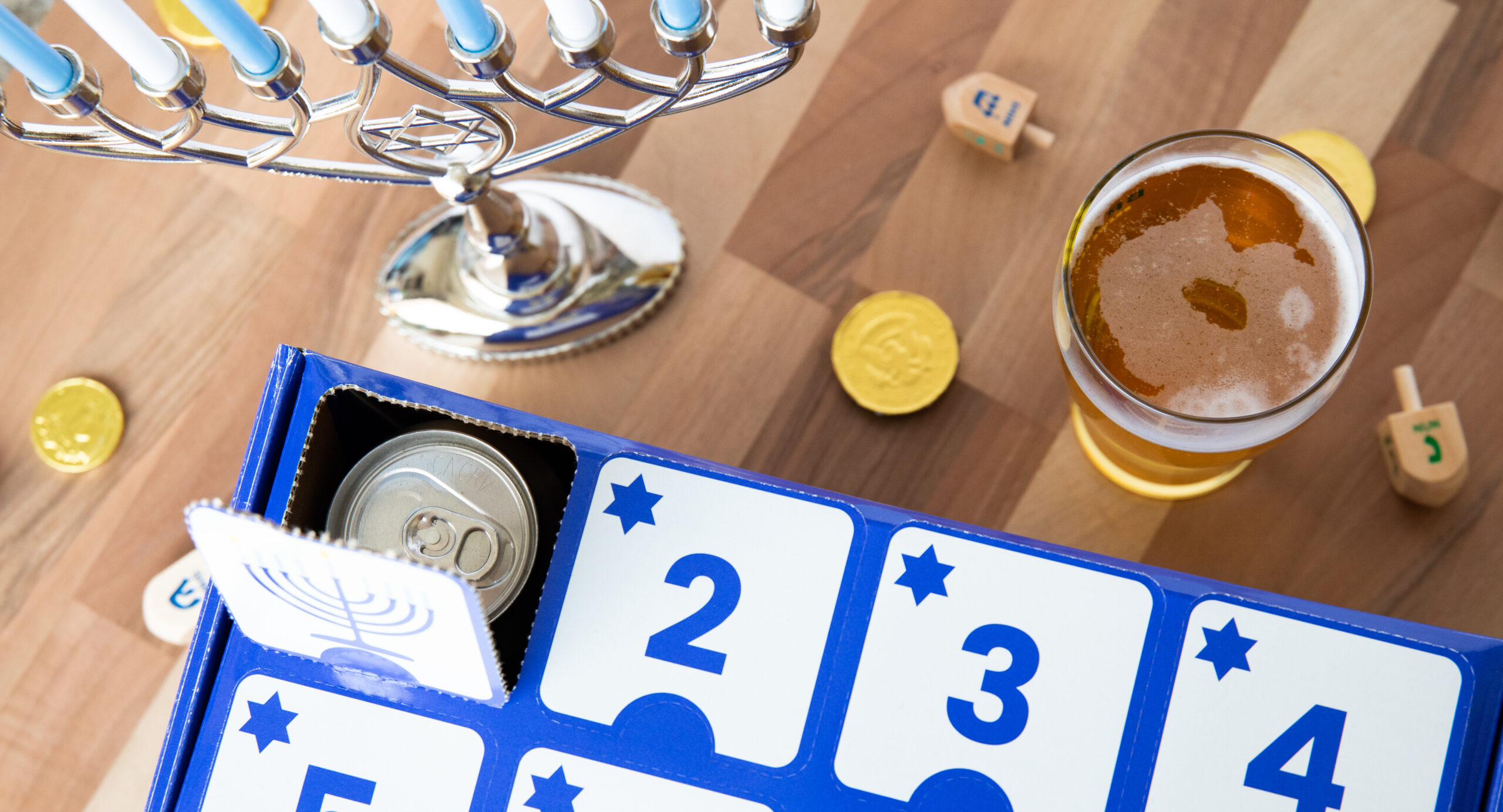 Drink your way through the 8 nights of Hanukkah with the Hoppy Hanukkah Craft Beer-a-Day Box from Brewvana. You’ll find a new beer for each night! (Chad Brodsky)

Craft Breweries that produce at least one kosher beer.

When is a beer not kosher?

Even though many American craft beers meet the Bavarian purity standard—and most others are kosher—some brews don’t make the cut. The use of certain additives, undomesticated yeasts, fruit purees and some filtration and clarification methods pose potential obstacles that you may want to discuss with your rabbi.

These can include extracts or concentrates of barley and hops, but also fruits, herbs, and other flavorings. While they are technically pareve in their whole form, extracts and concentrates are processed. Other common additives may include lactose, a milk sugar, and therefore a dairy product. Sorry, that super dank milkshake double IPA is not kosher. Lactose is also commonly found in milk or cream stouts and fruited IPAs.

What about sour beer? Unfortunately not. While most beer is brewed with traditional, domesticated brewer’s yeasts, some brewers will go the funky route and incorporate partially domesticated or wild yeasts and naturally occurring bacteria to create tart flavors. As such, you’ll find them in wild ales, brett ales, and just about any sour-tasting beer.

Most American craft beer is unfiltered, and any clarity in its visual appearance is a natural consequence of the brewing process. Occasionally though, you will find a beer that has been filtered or clarified through isinglass (made from fish bladders) or gelatin (made from collagen). Despite general rabbinical acceptance of these ingredients being used in the filtration of beverages, their inclusion in the process may not meet your own kosher standards.

For those still unsure about whether a beer was brewed only with pareve ingredients, contact the brewery and inquire about how that beer was made and what ingredients were used in the brewing process.  If you are trying to play it safe, a good rule of thumb is to look for German-style lagers. If these beers are brewed true-to-style, you are good to go!

Another way to ensure your beer has no additives is to brew it yourself. Yes, there are kits out there that use certified kosher ingredients (Beer Making kits make a great Hanukkah gift). Brewvana.com offers an IPA and Brown ale recipe who’s ingredients are either pareve or certified kosher. Their kits are great because they include a live online class where an experienced homebrewer brews alongside you, taking first-time brewers step by step through the brewing process over Zoom.

To conclude, Hanukkah should be called the festival of (F)lights. Next time Bubbe serves you some of her famous latkes, offer her a Czech pilsner to complement that fried goodness. If she likes it, maybe get her the Hoppy Hanukkah Beer Box I mentioned earlier. Brewvana did the work for us and while the box itself is not certified kosher, you’ll find 8 amazing beers + other surprises from breweries across the country, some certified kosher and the rest brewed adhering to Reinheitsgebot. 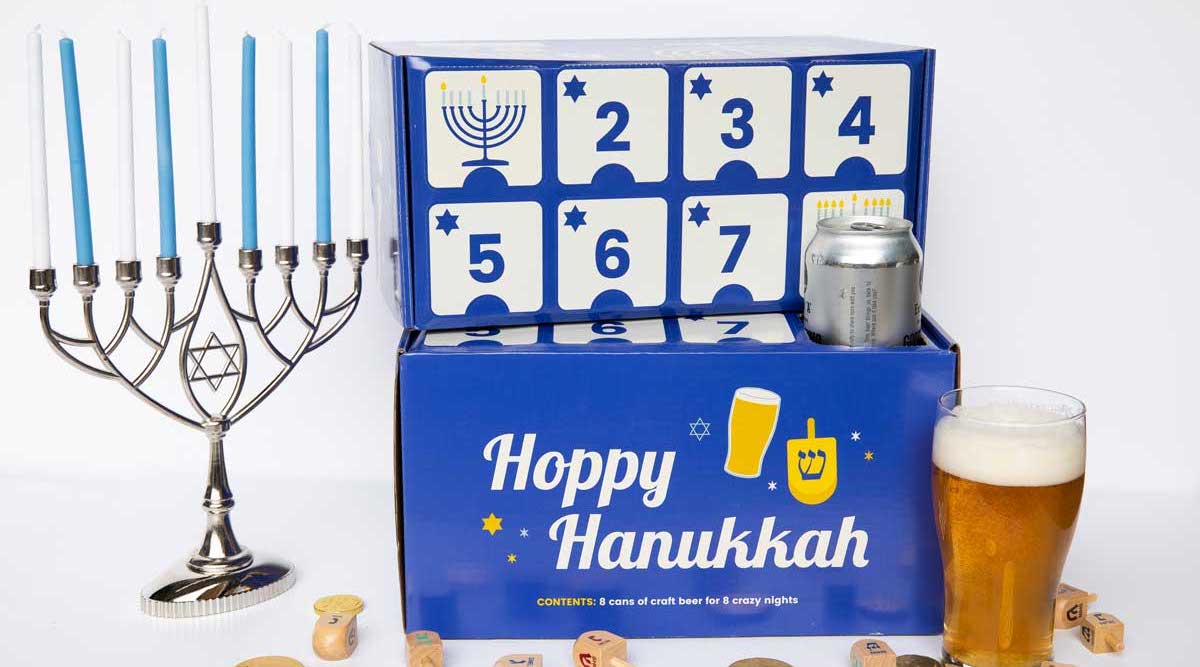