Kimama Half Moon: A new approach to Jewish camping 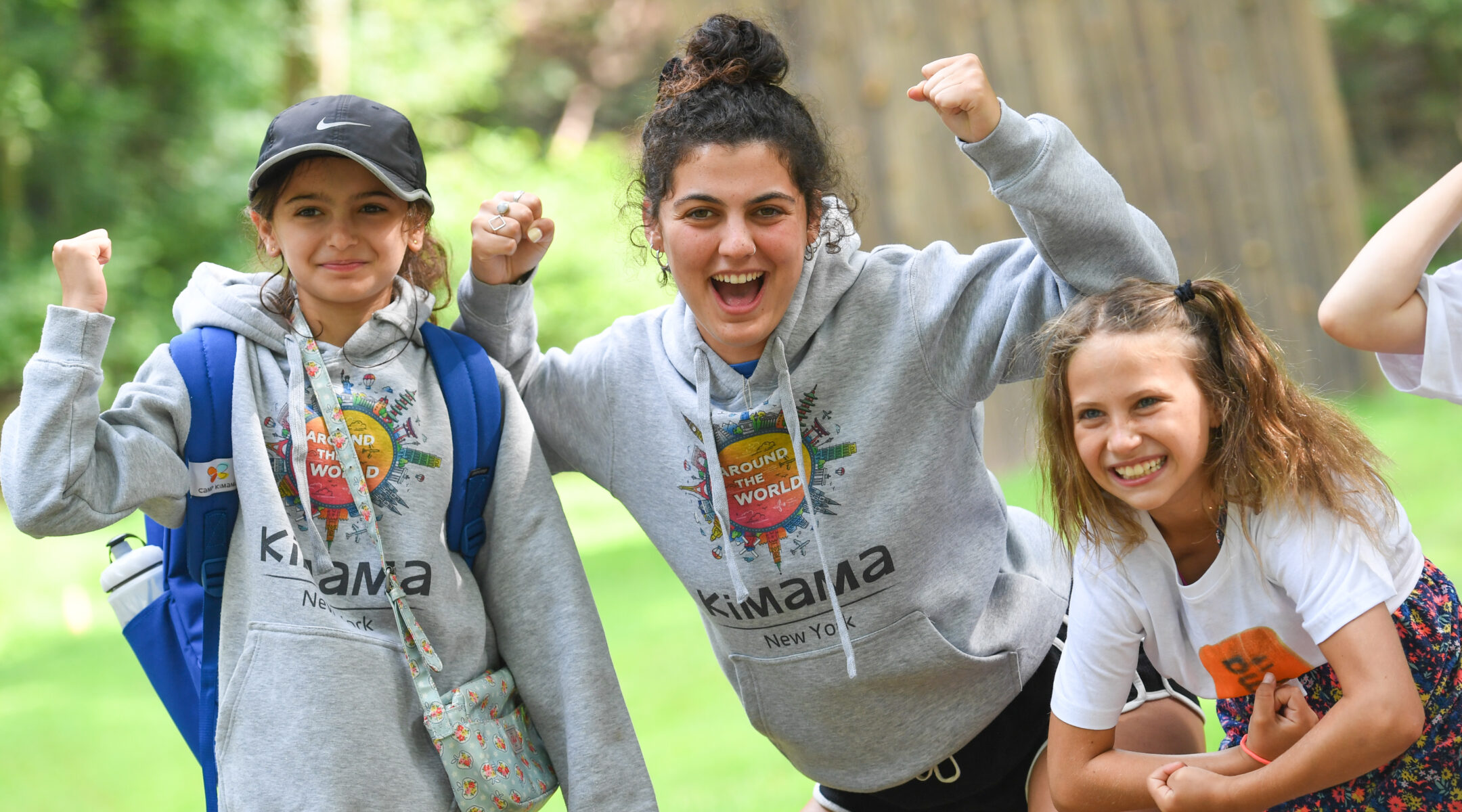 Camp Kimama, which took over the operations of an old camp and invested significantly in infrastructure and a new curriculum, aims to be a world-class Jewish summer camp. (Courtesy of Camp Kimama)Images are not transferable. MUST INCLUDE PHOTO CREDIT: SHAHAR AZRAN (Tagging: ShaharAzran1)
Advertisement

This is a Paid Post from Camp Kimama Half Moon, a youth camping and educational organization that connects campers ages 6-17 from around the world to their Jewish roots and Israel.

More from Camp Kimama Half Moon

An exciting new summer camp is opening in the Berkshires. Led by an expert group of Jewish camping professionals, Kimama Half Moon will bring an Israeli spirit to Camp Half Moon, a century-old summer camp located on Lake Buel.

Half Moon has been a summer home for children from around the Northeast since it opened its doors in 1922. After Kimama took over operations at the camp last year, it resolved to turn it into a world-class Jewish summer camp. That involved a significant investment in the camp’s infrastructure and a brand new curriculum.

Under the direction of Abby Levine, Kimama Half Moon will integrate Israeli culture with traditional camp activities like water sports and arts programming. Levine has more than two decades of experience working as a Jewish professional, including stints as director of Camp Young Judaea Midwest and head of school at a Jewish day school in Charleston, South Carolina.

“I’m excited to join the Kimama Half Moon family and create a brand new summer camp experience,” said Levine. “In addition to restoring the camp’s facilities, we’re crafting a cutting-edge curriculum that will inspire Jewish and non-Jewish campers alike.”

This is a particularly difficult moment for parents and Levine said she recognizes the need for meaningful in-person interaction. Children have spent most of the past two years stuck inside, making it difficult for parents to balance work and childcare. It’s something Levine, who is a mother to three camp-age sons, knows firsthand. “In these challenging times, camp can be a break for parents and a place where kids find friends that last a lifetime,” Levine said.

When it opens in June for its inaugural summer, Kimama Half Moon will operate a day camp and overnight camp. The day camp is open to campers ages 4 and up, while children ages 7 to 17 can choose to stay overnight for one, two, or three weeks. 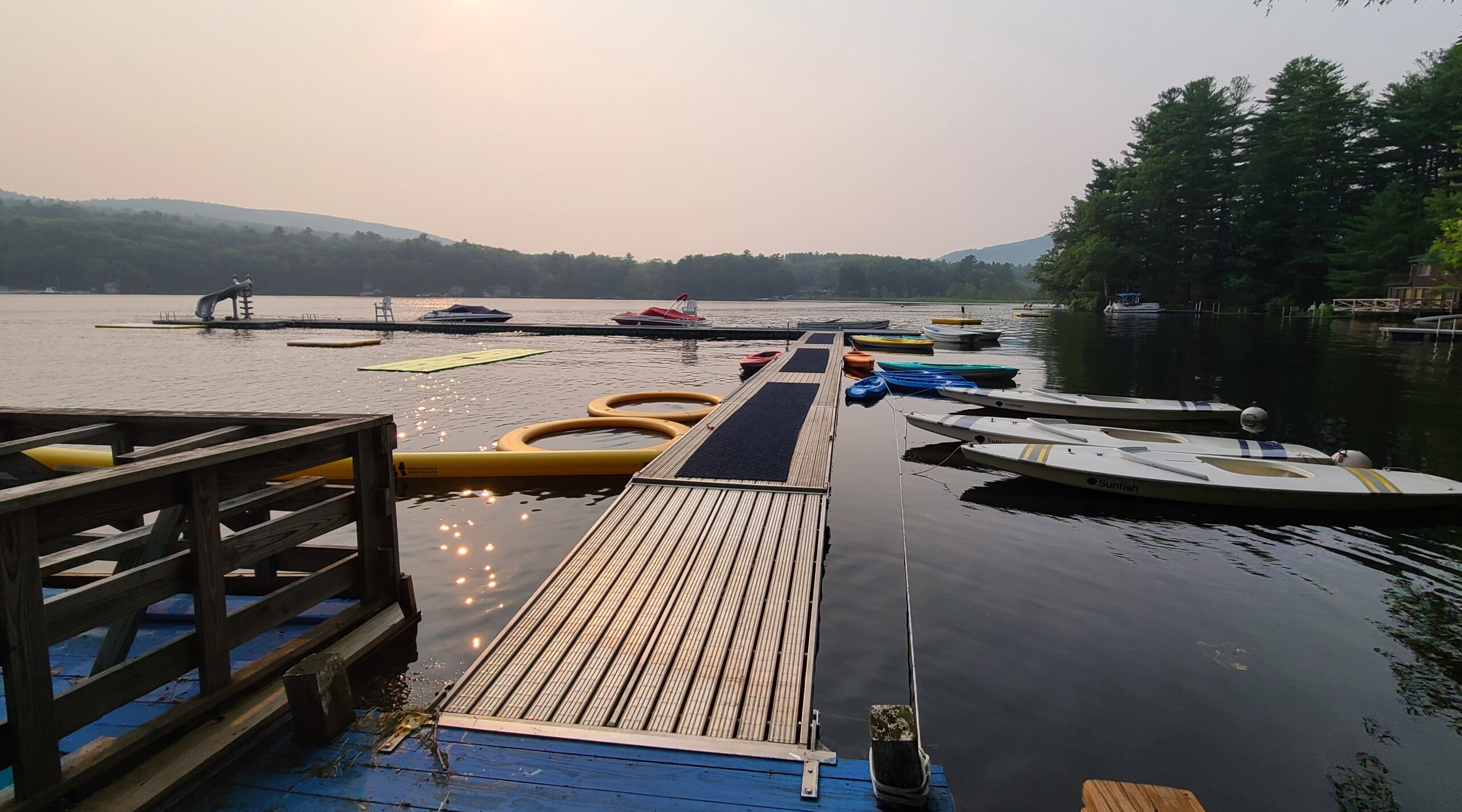 Kimama recently took over Camp Half Moon, a century-old lakeside summer camp in the Berkshires. (Courtesy of Camp Kimama)

Campers at Kimama Half Moon will join Kimama’s international network of Jewish campers. For almost two decades, Kimama has strived to be at the forefront of Jewish camping. Ronen Hoffman, Kimama’s founder and Israel’s current ambassador to Canada, launched the organization with the goal of bringing American-style sleepaway camps to Israel. His approach was a huge success and Kimama has since expanded to several locations in Europe and the US. It also runs 3 different summer camps and 9 programs in Israel, all under the supervision of the country’s Ministry of Education.

Kimama offers campers the chance to try different programs each year or combine multiple programs to create a one-of-a-kind summer experience. A camper could choose to go to Kimama Half Moon one summer and Kimama Michmoret on the beach in Israel the next. “We want our campers to have as much flexibility as possible,” says Avishay Nachon, Camp Kimama’s CEO. “If that means going to the Berkshires one summer and Europe the next, we want to support them.”

Want to experience Kimama’s exciting new approach to summer camp for yourself? Registration is open for Kimama Half Moon — sign up now!