The pristine diamond of the Ezra Schwartz Memorial Field in Ra’anana is only the second regulation-size baseball field in Israel. (Courtesy of JNF-USA)
Advertisement

Like a 100-mph fastball from the “golden arm” of star Jewish baseball player Sandy Koufax, America’s favorite pastime is gaining traction in Israel at lightning speed thanks to Jewish National Fund-USA’s Project Baseball. The innovative philanthropic initiative has elevated baseball to new heights in the Jewish homeland and even supported Israel’s National Baseball team qualify for the 2020 Tokyo Olympic Games, a feat that hadn’t been achieved in over 45 years. Now, through the creation of a new baseball field in the country’s center, thousands more are expected to experience the beloved sport.

On December 3, 2021, a baseball field in central Ra’anana, Israel, was dedicated to the memory of Ezra Schwartz, an 18-year-old aspiring baseball player from Sharon, Massachusetts whose life was tragically cut short by terrorists.

The Ezra Schwartz Memorial Baseball Field, a project of Jewish National Fund-USA (JNF-USA) and the Israel Association of Baseball (IAB), built in partnership with the city of Ra’anana, is only the second regulation baseball diamond in the country. 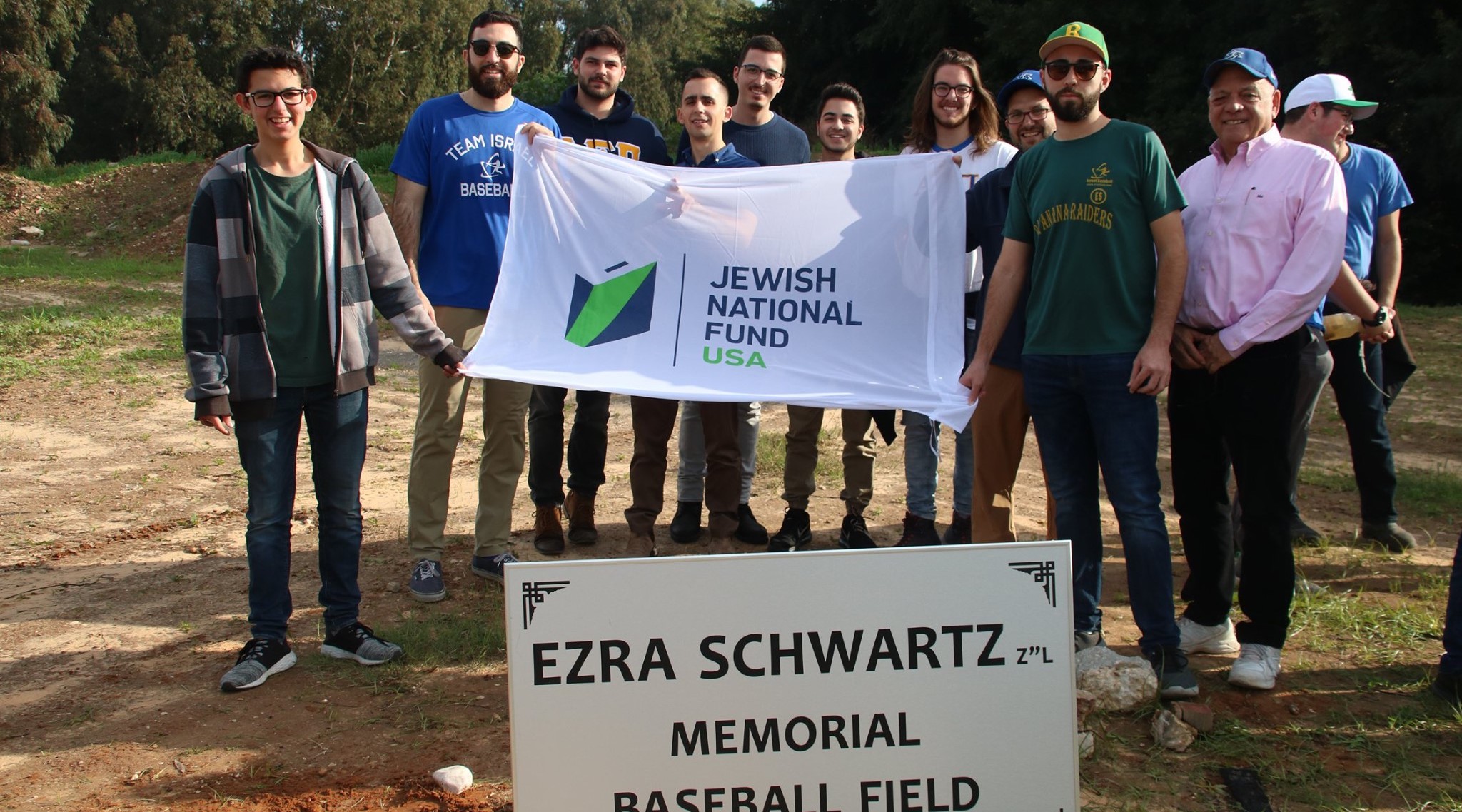 Ezra’s family recalls that he was a passionate Zionist and loved helping others. He also had another love – baseball. “We are a baseball family,” explained Ezra’s father, Ari Schwartz. “We love to watch it. Ezra was most accomplished in baseball. He was always great at it. He was captain of his team in high school and was the MVP in his senior year. He just loved it. Like any other kid who loved their sport, that was his.”

When describing how special the day of the field’s dedication was, Schwartz said, “It was the Friday of Hanukkah and people were off work and the place was packed. It was a beautiful sunny day and the kids came early to play baseball; kids were on teams and it was the first time they were able to play. All the kids were coming over to us and the coaches and just thanking us. They were just so appreciative to be able to have their own place, their own field. It took so many people and so much effort to get this thing off the ground. It was just so nice to see everybody enjoying the field.” 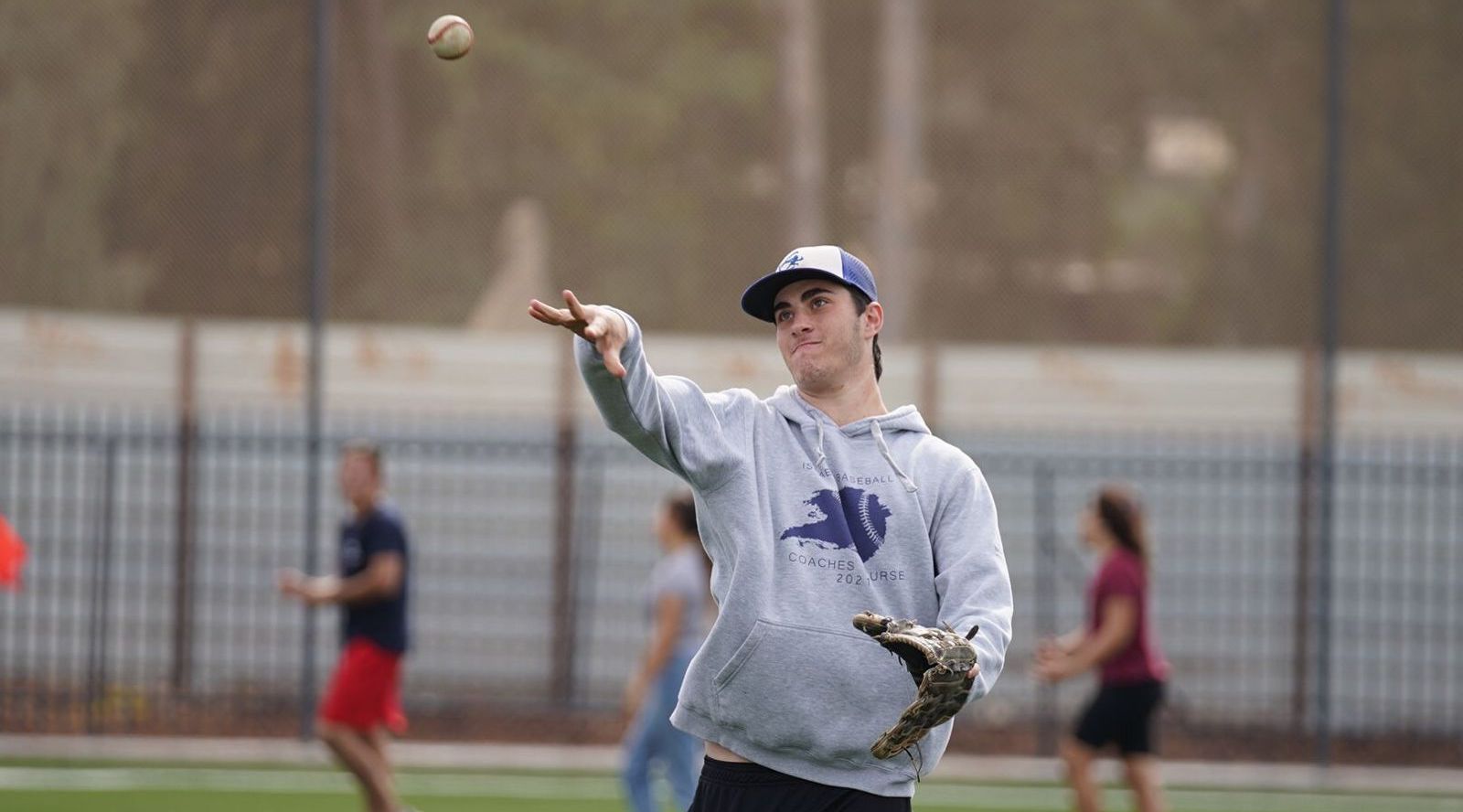 Players take to the field at the Ezra Schwartz Memorial Field in Ra’anana. (Courtesy of JNF-USA)

For local mother and “olah” (immigrant to Israel), Debbie L., the new field gave her son the opportunities to play a sport enjoyed by millions across the U.S. “We made aliyah from Chicago. It’s very moving to see my 12-year-old son playing baseball in Israel on a field named in memory of an American young man who was so committed to kids, sports, and Israel.”

Debbie also shared how the field has enhanced her Aliyah experience. “Israel is our spiritual and physical home, yet there are things we miss from Chicago. Thanks to Jewish National Fund-USA, the IAB, and the City of Ra’anana, we’re able to again play one of our favorite sports while also bringing our community in Israel together.”

And Debbie isn’t alone in her excitement about baseball’s growing popularity in the Holy Land. For Peter Kurz, the general manager of the IAB who emigrated from the U.S. 35 years ago, he says he never lost his passion for the game. “Baseball is one of the most popular sports in the US, however, it is even more popular in many other parts of the world. The goal in Israel is to try to bring the family atmosphere to the sport, with more participation of all age groups.”

As baseball continues to gain new fans in Israel, a recent 31% increase in aliyah to Israel, driven in part by American olim, will surely see baseball rise to even greater heights and perhaps even see Israel return to another Olympic Games, where they will again go for gold. For now, however, the residents of Ra’anana will continue to embrace their new baseball field as they honor the memory of Ezra Schwartz.