Finding meaning in our Hanukkah rituals 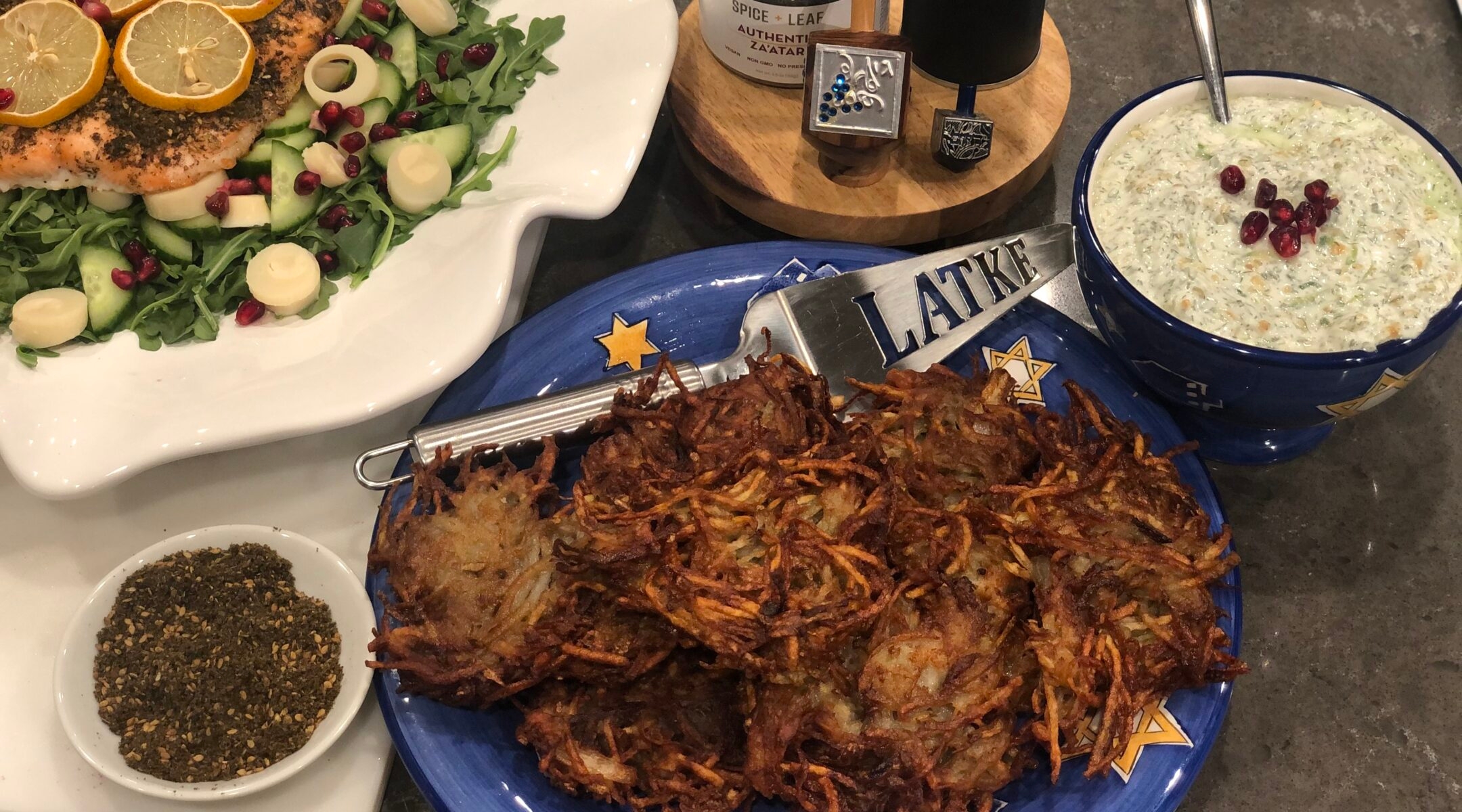 While the leaves are still changing color in the northern hemisphere, it’s hard to believe that Hanukkah – which begins on the evening of Sunday, November 28, 2021 – is right around the corner. Jews of all stripes are generally familiar with the basics of the holiday. By lighting hanukkiahs in our homes, we celebrate the miracle of the story of Hanukkah – the one day’s worth of oil that lasted eight days and nights, and the triumph of the Jewish people over the Syrian Greeks who sought to destroy them.

Although it is easy to get caught up in the spinning of dreidels and the exchanging of gifts, Hanukkah should also be about celebrating the commitment and strength that allowed the Maccabees to prevail.

“The Hebrew word Hanukkah means dedication, which is how we commemorate significant events in Judaism,” she says. “In this case, we’re talking about rededicating the Holy Temple in Jerusalem after it was desecrated. But what does it mean to dedicate something? We honor it, we elevate it. By affixing mezuzot to our door posts, we dedicate our homes as sacred and special places. By celebrating a bar or bat mitzvah, we are rededicating our commitment to our Jewish identity and community. During Hanukkah, the way that we reaffirm our commitment to Jewish ritual is by lighting the hanukkiah.”

Like many Jewish holidays, Hanukkah also has foods that are recognized as symbols of the holiday: fried latkes (potato pancakes) and sufganiyot (donuts) remind us of the miracle of the oil in the Temple. Debbie – a cooking coach who teaches “Spice It Up with Deb” cooking classes and is also the owner of Spice + Leaf – points out something that many of our most beloved Jewish holiday foods have in common.

“When we think about previous generations of Jewry over the centuries, we weren’t very wealthy, and so we took the things that we had – potatoes, onions, and flour; or apples and honey, and elevated them,” she says. (Read to the end to view Debbie’s latke recipes). “The Jewish narrative of our food history is taking simplistic ingredients and creating meaning.”

“Every kid remembers dipping the apple in honey at Hebrew school or at their grandmother’s house,” she says. “At any learning stage of life, food is a central component. You consume the meaning of the holiday, and then you can ask the questions of why.”

Debbie reflects that this ancient story still, unfortunately, has resonance for modern day Jews. “When I think about all of the things that Jews are facing these days – we’re still fighting antisemitism and we still stand together for justice and religious freedom, which is one of the cornerstones of Hanukkah.”

“At Jewish National Fund-USA, we like to say that we make the impossible possible, which has been a theme throughout Jewish history — whether we are talking about the triumph of the Maccabees or about Theodor Herzl, the founding father of Zionism, the State of Israel, and JNF-USA — who famously said, ‘If you will it, it is no dream.’” 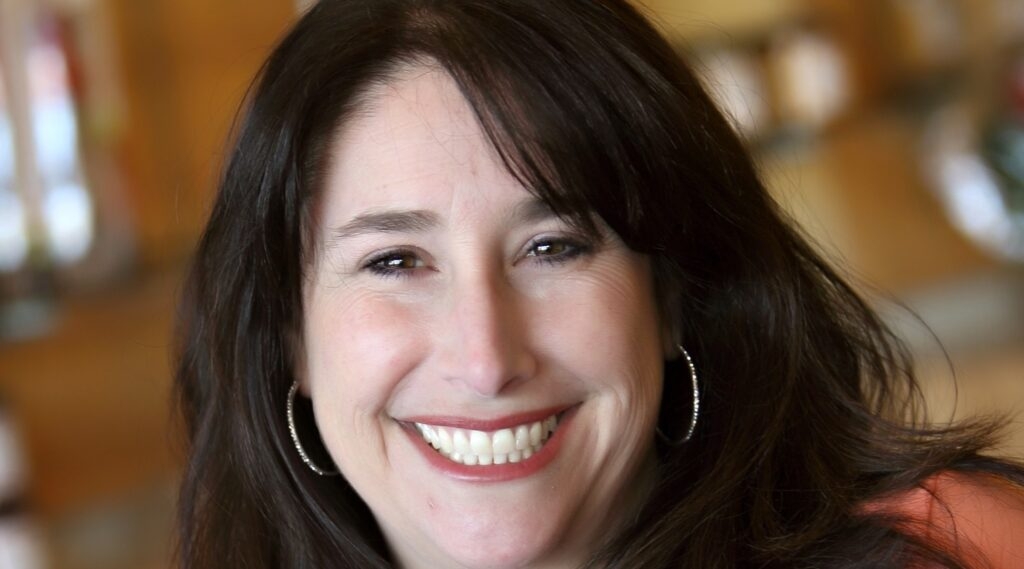 Vegetable oil or Grapeseed oil, enough to fill the pan for frying

Shredding potatoes and onions with a food processor works best but can be done by hand. In a bowl, combine potatoes, onions and eggs. Mix well. Add flour & salt and mix well together. Can add more flour if mix seems a little too runny. The batter should hold up together with a spoon. Heat up frying pan with oil. Add carrots to the oil. This will help prevent the latkes from burning in the oil. For real! Make sure oil is hot before placing potato latke mix in pan. The carrots will begin to sizzle, which is also an indicator that the oil is hot. Cook latkes until they are golden brown on each side. Remove from pan, place on paper towel to drain any additional oil. 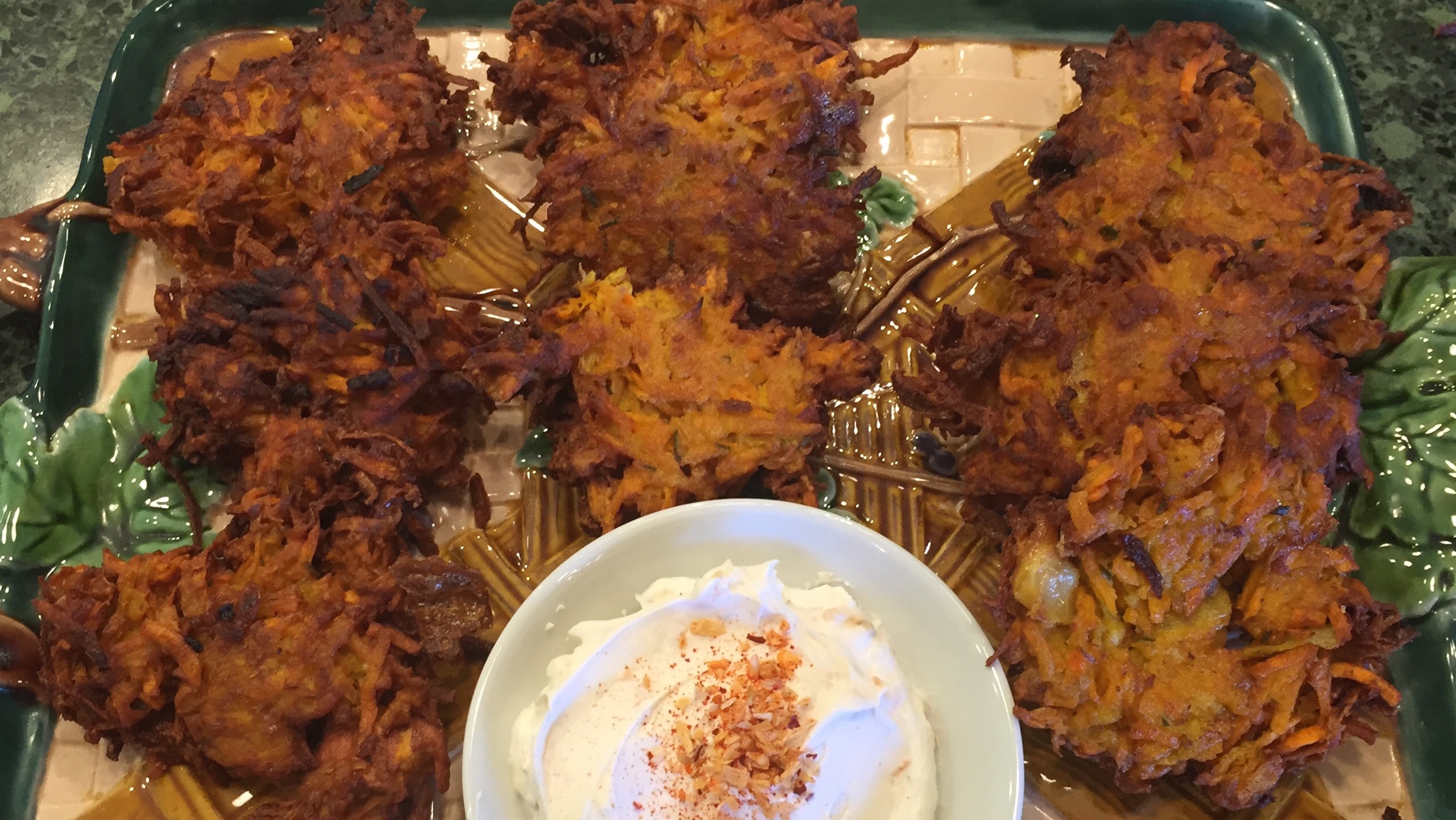 1 cup flour, depends on size of sweet potato – can add more flour if necessary, about 1/4 cup to 1/2 cup

Vegetable oil or Grapeseed oil, enough to fill the pan ½ way for frying

Shred sweet potato and onion with a food processor (this can also be done by hand). In a bowl combine potato, onion, chives, and eggs. Mix well. In a separate bowl, mix flour, spices, and salt together. Add spiced flour to wet ingredients and combine well. You can add more flour if the mix seems a little too runny. The batter should hold up together with a spoon. Heat up frying pan with oil. Add carrots to the oil. This will help prevent the latkes from burning in the oil. For real! Make sure oil is hot before placing sweet potato latke mix in pan. The carrots will begin to sizzle which is also an indicator that the oil is hot. Spoon latkes into oil and cook until they are dark orange on each side. Remove from pan, place on paper towel to drain any excess oil. Enjoy with applesauce, sour cream, or labne.

*A word about sweet potatoes. They can often be very large; in which case you will only need one. If you come across smaller ones, you may want to use two. I find that sweet potato latkes require more eggs than traditional potato latkes.

If you are an aspiring chef who’d like to take the next step in your career, visit galileeculinaryinstitute.com.