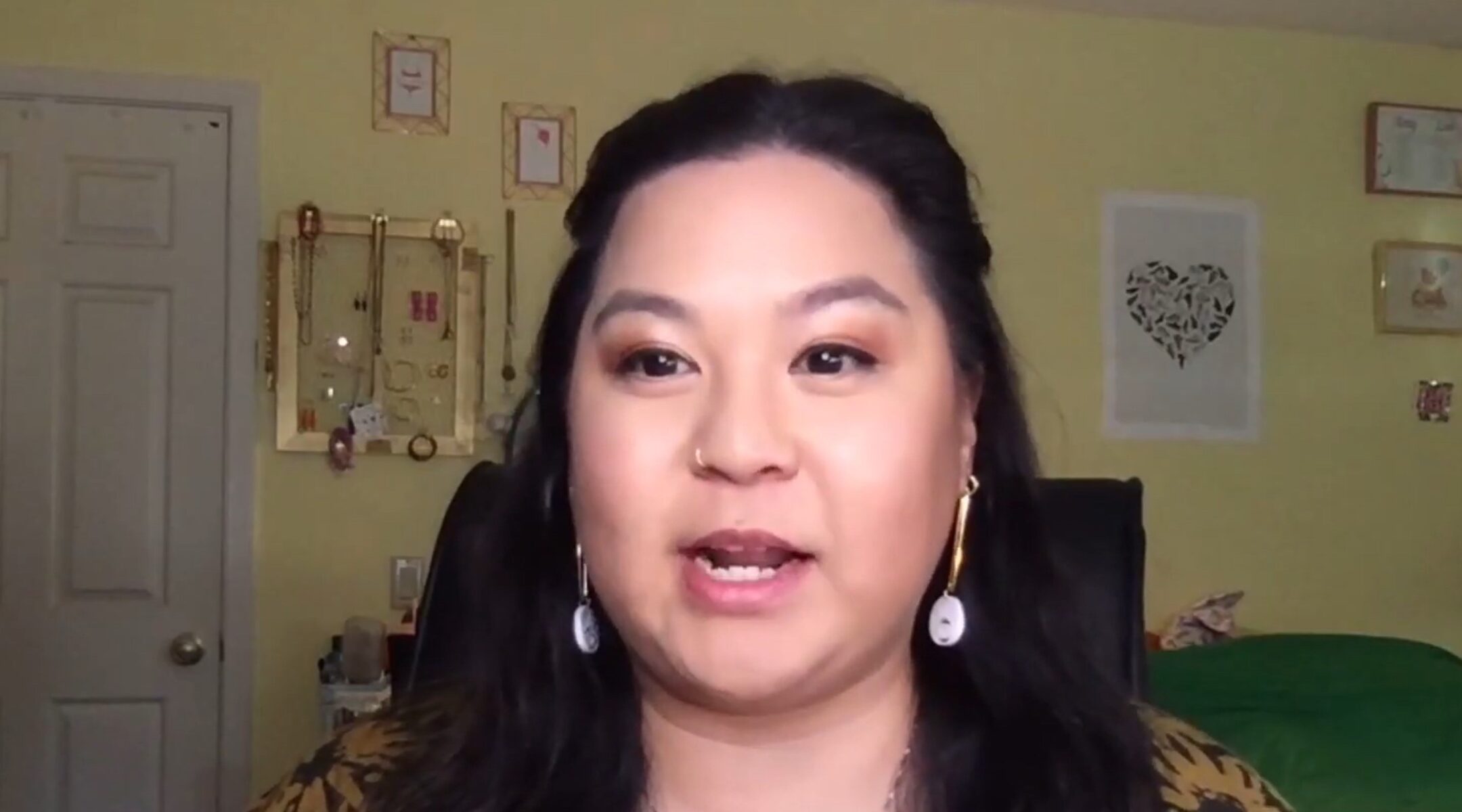 The world needs to know about the richness and diversity of the Jewish people, and we mustn’t let others define our narrative, according to Jewish Asian American advocate Amy Albertson. The social media influencer joined other young Jewish activists who shared their experiences with Zionism and Jewish identity on episode 6 of Jewish National Fund-USA’s (JNF-USA) “Conversations on Zionism: Reclaiming the Narrative.” Moderated by queer Israeli writer, activist and advocate Hen Mazzig, the panel discussion was all about Young Jews Talking Justice.

A 19-year-old law student and founder of the activist organization, Humans4Humanity, Ysabella Hazan ​​is well-versed in Middle East conflict resolution and people diplomacy. When asked about her experiences with Zionism on college campuses, she spoke about the exclusion she faced as a proud Zionist and Jew in college spaces. She explains that her fellow students use something called the “good Jew test” — a test that students use to determine whether Jewish opinions and beliefs are “bad” or “good,” aka do Jewish students support Israel or not?

According to this test, being a good Jew is renouncing being a Jew. In her eyes, this exclusionary method is traditional antisemitism that has been socially normalized, i.e. pushing Jews out of spaces where they belong, and, renouncing a part of their Jewish identity. Rather, Hazzan stresses that her understanding of Zionism centers around the Jewish people. She says that “Zionism is not about Palestinians; Zionism is about Jews!” By this she asserts that being a Zionist is about being proud of your Jewish identity and culture; you do not need to give up a part of your identity or hide your opinion to belong on college campuses and in activist spaces.

When asked about how the Jewish community can advocate for Israel, Albertson, the creator of the “The Asian Israeli,” offered a similar sentiment. Albertson is an Asian American Jewish Israeli from California whose work centers on pro-Israel and Jewish diversity within social media. She explained that the best way to advocate is through continued learning about, and acceptance toward, all different types of Jews in your community. She urged young people to “be unapologetically Jewish and Zionist,” and that Jewish students must refuse to be pushed out of spaces where they have a right to belong.

Rapper Noah Shufutinsky, a.k.a. “Westside Gravy,” offers further commentary on being Jewish in an intersectional activist community. He spoke of an experience in which anti-Black racism in the United States was weaponized against him as an Israeli issue. He argued that while Jews support the struggles of other communities, people who are not a part of any minority community, use Zionism, or anti-Zionism, to advance their own agendas. From his experience, many people who are Jewish are involved with other social justice issues, but they do not want to center themselves: they do not bring Judaism or Zionism into these spaces. In response to this, Westside Gravy says, “people appreciate authenticity,” and to further reclaim the Zionist narrative, Jewish youth need to bring their authentic selves to these spaces. 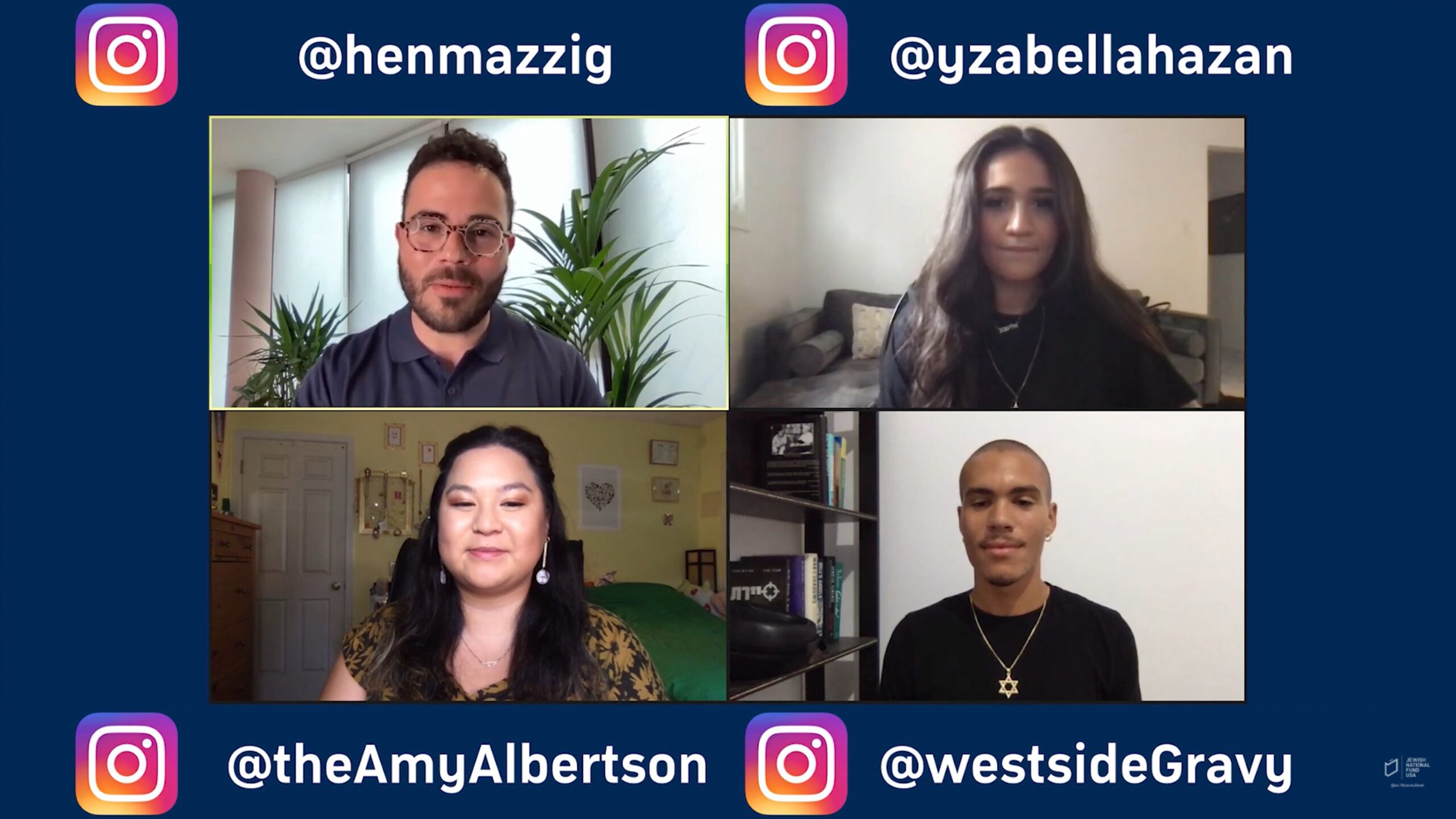 A variety of young Jewish activists share their experiences with Zionism and Jewish identity on episode 6 of Jewish National Fund-USA’s “Conversations on Zionism: Reclaiming the Narrative.” (Courtesy JNF-USA)

In concluding remarks, all three guest speakers were asked to describe their connection to Israel. Unanimously, they agreed that in Israel, while no one is perfect, there is acceptance of all different kinds of Jews with their own unique connection to the land.

Hazan spoke to her grandmother’s perseverance and connections to Israel through the land. She is connected to Israel, not because it is where her grandparents are from, but because it is where her people are. Similarly, Albertson stressed that Israel was the first place that she felt truly Jewish. In Israel, “existing is being Jewish,” and her sense of authenticity comes from being Jewish with Jewish people in Israel. Westside Gravy echoes this by saying that the acceptance is innate in Israeli culture. There is no sense of needing to prove yourself as a “good Jew,” in Israel, the acceptance is just there. It is this sense of acceptance which young Jews should hold in their hearts, for one day they are going to go back.

For more “Conversations on Zionism: Reclaiming the Narrative” episodes, sign up for future episodes at jnf.org/convos and/or subscribe to Zionism Studios on YouTube to view all past episodes and be alerted when new episodes are posted.