Out from the cold, into the light: The journey to guarantee inclusion in the Jewish community 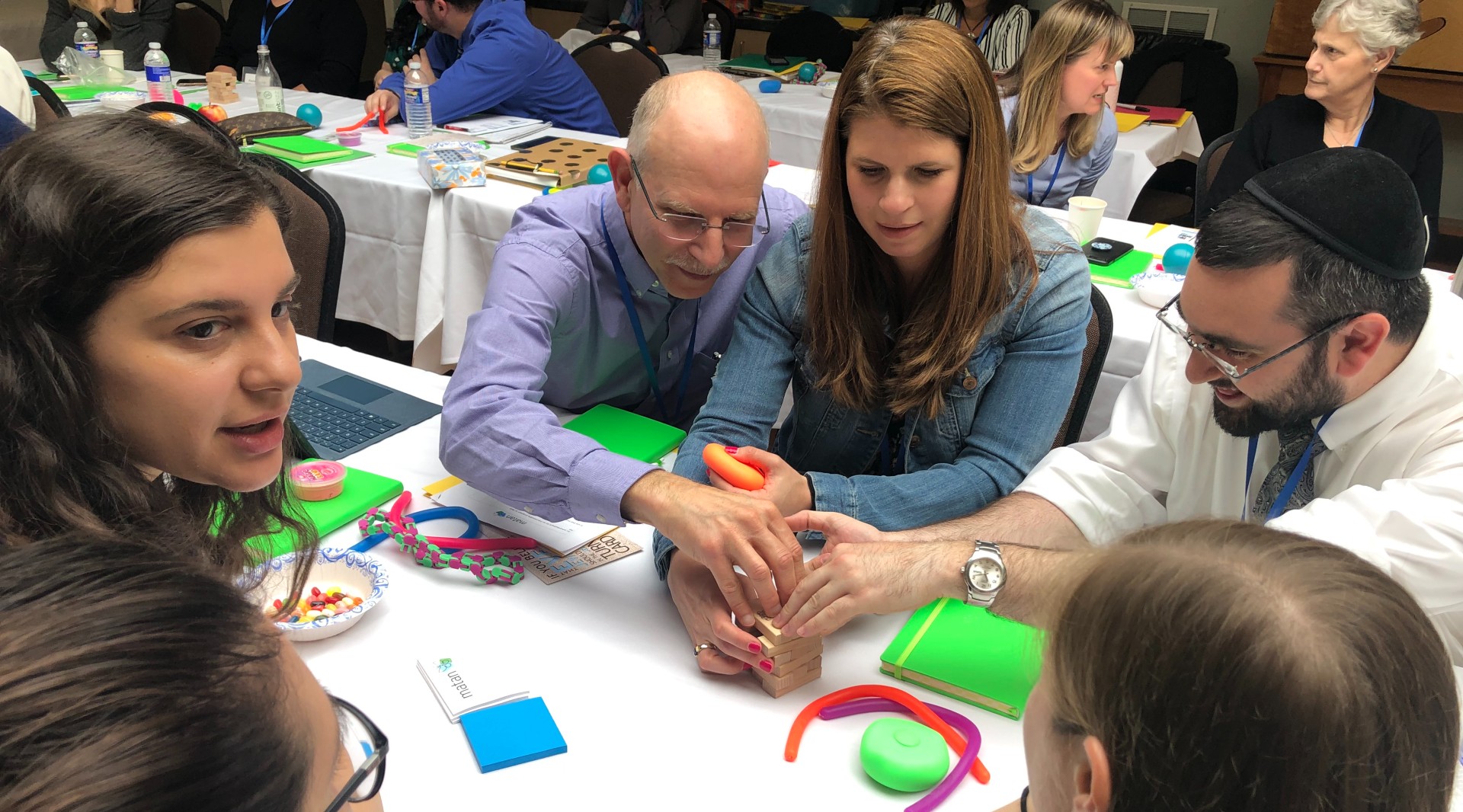 Visit Matankids.org to learn more about how Matan enables Jewish professionals, communities and families to create and sustain inclusive settings in educational, communal and spiritual aspects of Jewish life.

Josh was 8 years old when his parents sent him to Jewish summer camp for the first time. Even though he had issues like ADHD that made school challenging, they figured the informal, open environment of summer camp — together with a little extra care from staff — would enable him to find his place.

They were wrong. After just six days, he was sent home.

Meredith Englander Polsky, who had attended that same overnight camp throughout her childhood, was working there as a counselor that summer.

“I thought, is this really something that happens in the Jewish community,” she wondered, “or did I just happen to stumble upon this one kid who wasn’t being included?”

That question led her to ask more questions, and eventually to the realization that these types of experiences were more common than people liked to admit. Meredith discovered that there was a crisis within the Jewish community that needed to be addressed. And she decided to do something about it.

That’s how Matan was born, by confronting the hard questions that challenge us as a community to look in the mirror and asking if we are really as inclusive and accommodating as we think we are, as we claim to be. It is a method that drives its successful approach to this day. Almost immediately, through Matan, Meredith began to work to bridge the gap between where we are as a community and where we want to be.

With support from funders and foundations, along with a grant from the Covenant Foundation and a fellowship for Jewish social entrepreneurs with the Joshua Venture Group, Matan slowly began making a difference by creating inclusive programming for children with special needs and others that were not being included in Jewish life.

“When my daughter got to Matan, there were so many girls, and they were her peers, and they treated her as friends. And that was an important experience for my daughter,” recalls Marjorie Madfis. “I think that these other girls felt the same way. They all said, ‘We never have friends.’”

Matan created a welcoming space. For the first time, many children with special needs felt included in Jewish community life. They could walk into a Hebrew school class or a JCC program, and they felt it was for them. They felt at home, not on the fringe. They felt welcomed, and they felt included in a real way that was engaging and authentic. They were given the opportunity to have normal Jewish childhood experiences and develop friendships, and their families could also be included in a way that wasn’t possible before.

At this point, Matan was having a very profound impact, changing the lives of relatively few people in a very big way. Recognizing that the real opportunity lay in taking the expertise being developed and scaling it so it could be shared and replicated, after 10 years Matan pivoted to focus on providing training for Jewish educators and professionals.

As a result, Matan became a specialized resource for Jewish communities and schools everywhere. The impact of its work was multiplied a hundredfold and more. Bringing the experience and lessons learned by Matan into a curriculum and sharing it with thousands of Jewish professionals across North America with little or no background in special education meant that the children in those schools and communities could now enjoy a greater level of inclusion in Jewish life.

“Matan is a gift,” relates Rina Cohen Schwartz, director of education at Congregation Habonim. “Matan provided me with a whole tool chest, and I in turn could bring that to my teachers, to my team.”

“We felt that we were inclusive, and we felt really good about it,” recalls Rabbi Neil Zuckerman, a rabbi at Park Avenue Synagogue. “And in the course of a conversation with some parents we felt there was a big gap between who we thought we were and who we needed to be.”

Currently, Matan is training over 3,000 educators and community leaders per year. As a result, hundreds of thousands of students experience better and more holistic inclusion in Jewish life.

“As a result of Matan’s training, people across the country and beyond understand the value of inclusion,” reflects Meredith, who is still involved with Matan as national director of institutes and training. “And more than simply being welcome, they actually know what to do.”

Another aspect of Matan’s impactful work is community consultations.

“Typically, Matan is hired by a local Jewish federation to conduct an ‘inclusion audit’. We spend approximately three full days on the ground in a particular community (or many hours over Zoom) in order to research the points of pride, the gaps in service, and make recommendations for concrete steps the community can take in order to be more inclusive across the lifespan,” Dori Frumin Kirshner, Matan’s executive director, explains. “There’s been a sea change in recognizing that the Jewish community is whole when all of our members are included.”

Essentially, every person touched by Matan, whether directly or indirectly, becomes an ambassador for the value of inclusion in the Jewish community. Matan is now celebrating its 20th anniversary. As the realities and needs of Jewish communities evolve, Matan continues to develop and adapt its innovative program to further the value of inclusion to ensure that every individual can be part of our collective Jewish future.

Do you believe in making sure everyone can be included in Jewish life? Matan can use your support. Matan is celebrating its 20-year anniversary with a fundraising campaign and virtual event. You can be part of it by making a donation or registering for the event at matan20years.org.