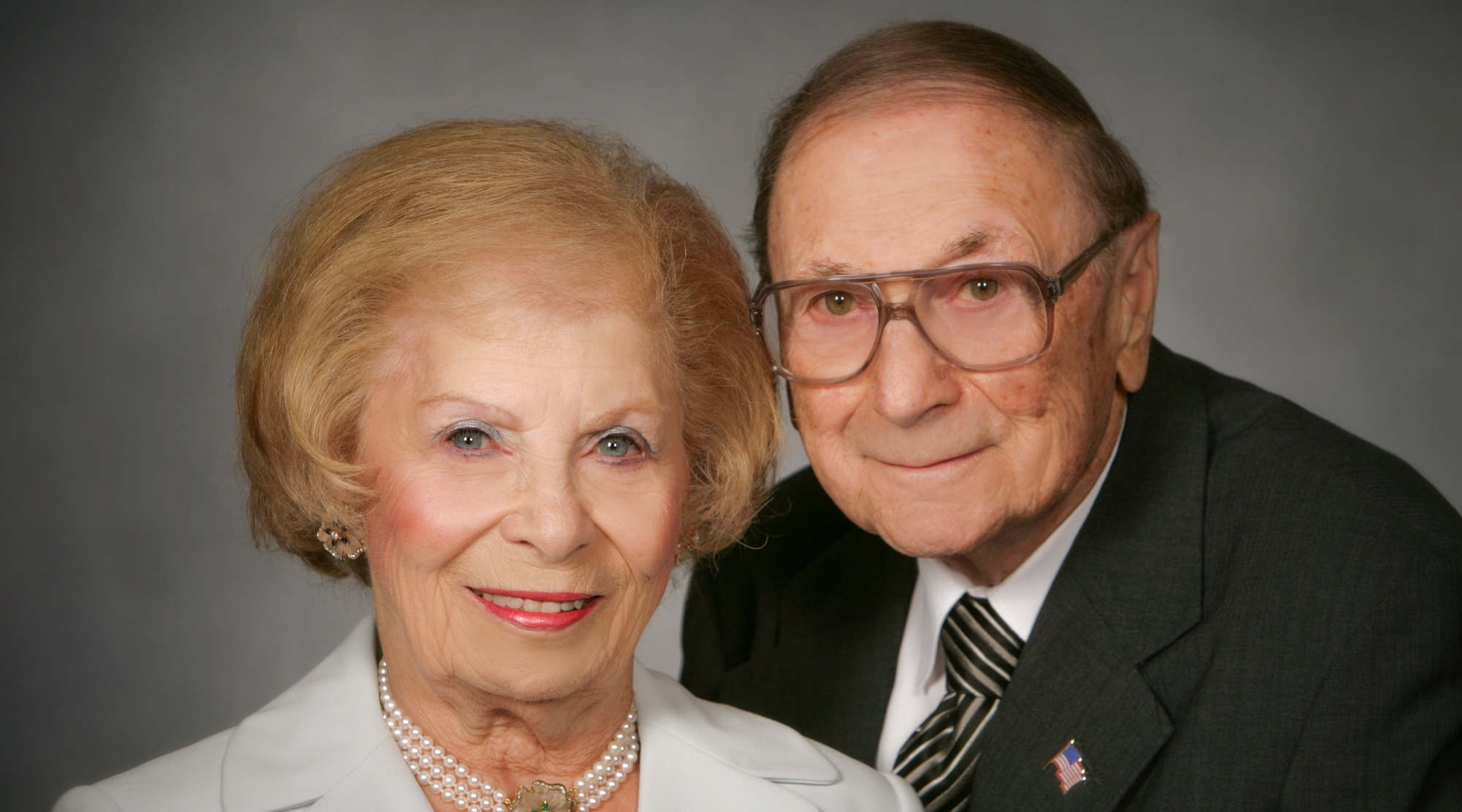 This is a Paid Post from the William Davidson Foundation, a private family foundation dedicated to advancing the economic, cultural, and civic vitality of Southeast Michigan, the State of Israel, and the Jewish community.

On February 24, 2022,  the William Davidson Foundation announced two additional grants made to honor the life and memory of Byron and Dorothy Gerson, the brother-in-law and sister of the Foundation’s founder. The Jewish Federation of Metropolitan Detroit (JFMD) and the Israel Museum were awarded a total of $8.5 million. As with grants to the Detroit Institute of Arts (DIA) and the Detroit Symphony Orchestra (DSO), which were announced earlier this month to honor the Gersons, the JFMD and the Israel Museum are both organizations that held special significance to Mrs. Gerson and her late husband, Byron. Mrs. Gerson passed away in April 2021 at the age of 99.

“Together these four grants, in memory of my mother and father, are truly a reflection of both family and Foundation priorities,” said Ralph Gerson, treasurer and director of the William Davidson Foundation. “My mother and my uncle shared a great many common interests, including an appreciation for Detroit’s arts and cultural institutions, a deep commitment to the Jewish community, and a love for Israel that spans more than four generations of our family.”

The William Davidson Foundation granted $3.5 million to the Jewish Federation of Metropolitan Detroit to establish the Byron and Dorothy Gerson Centennial Innovation Fund.  This new fund is designed to foster a culture of innovation, entrepreneurship, and creativity within Detroit’s Jewish community by supporting new programs, pilots, and initiatives that meet pressing community needs, engage or support the Jewish community in Southeast Michigan, and do not yet have established funding models or dedicated donors to underwrite them. Additional details about the Fund will be announced by the JFMD at a later date.

Mr. and Mrs. Gerson were lifetime donors to the Jewish Federation of Metropolitan Detroit. In 2011, they received the Federation’s lifetime achievement award, which was later named the William Davidson Award. The Gerson Centennial Innovation Fund will complement the existing Hermelin-Davidson Fund for Congregational Excellence, which was established in the 1990s by William Davidson and David Hermelin and provides project support for innovative ideas in local Jewish congregations.

“We are deeply grateful to the William Davidson Foundation for this transformative community grant, which will strengthen and advance Jewish life in Detroit for many years to come,” said Matthew Lester, President of the Jewish Federation of Metropolitan Detroit. “The Byron and Dorothy Gerson Innovation Fund exemplifies the extraordinary vision and impact of the William Davidson Foundation, which has been an essential partner of the Jewish Federation since its founding. It’s also a fitting testament to the legacy of Dottie and Bud Gerson, who had such a profound impact on the welfare of the Detroit Jewish community.”

“The Gerson Innovation Fund will allow us to explore, develop and test new ideas to advance our community-building efforts,” said Steven Ingber, Chief Executive Officer of the Jewish Federation of Metropolitan Detroit. “The entrepreneurial spirit of this Fund, together with its focus on strengthening our Jewish community, are a wonderful tribute to the life and impact of Dottie and Bud. In fact, I can think of no better way to honor the memory of these two individuals who dedicated so much of their lives to building a vibrant home for Jewish Detroiters.”

The Foundation’s $5 million endowment grant in support of the Israel Museum will support one of Israel’s foremost cultural institutions, where the Temporary Exhibitions Gallery in the Archaeology Wing will now be named the Byron and Dorothy Gerson Gallery. The Israel Museum houses the world’s most comprehensive collection of the archaeology of the Holy Land, as well as extensive holdings in the Fine Arts and Jewish culture. This Gerson Gallery, which had been supported by the William Davidson Foundation since 2016, houses rotating exhibits that connect the world of archaeology with contemporary arts and culture.  Recent exhibits have included “Emoglyphs: Picture-Writing from Hieroglyphs to the Emoji” and “Hear, O Israel: The Magic of the Shema.”

“My father, aunt and uncle frequently traveled to Israel together and shared a real dedication to supporting cultural institutions there, just as they did at home,” said Ethan Davidson, grants committee chair and director of the William Davidson Foundation.

“Dottie and Bud Gerson had a long and loving history of connection with the Israel Museum. They also engaged a remarkably committed circle of friends in Detroit to share their enthusiasm for the Museum, demonstrating importantly the power of the Museum’s embrace across the Jewish cultural community in the U.S. There could not be a more appropriate way to recognize the depth of their commitment to the Museum and its success than by naming the entrance gallery to the Museum’s Samuel and Saidye Bronfman Archeology Wing in their memory,”  said James S. Snyder, Director Emeritus of The Israel Museum and Executive Chair of The Jerusalem Foundation, Inc.

Earlier this month, the Foundation announced $6.5 million in grants to the Detroit Institute of Arts and the Detroit Symphony Orchestra. The grant to the DIA’s endowment will support the museum’s American Art department and its position of head curator, which will now be named the Byron and Dorothy Gerson Curator and Department Head of American Art. The grant to the Detroit Symphony Orchestra’s endowment will help ensure continuing artistic excellence at the landmark performing arts organization. The Gersons were active volunteers and contributors to both the DIA and DSO.