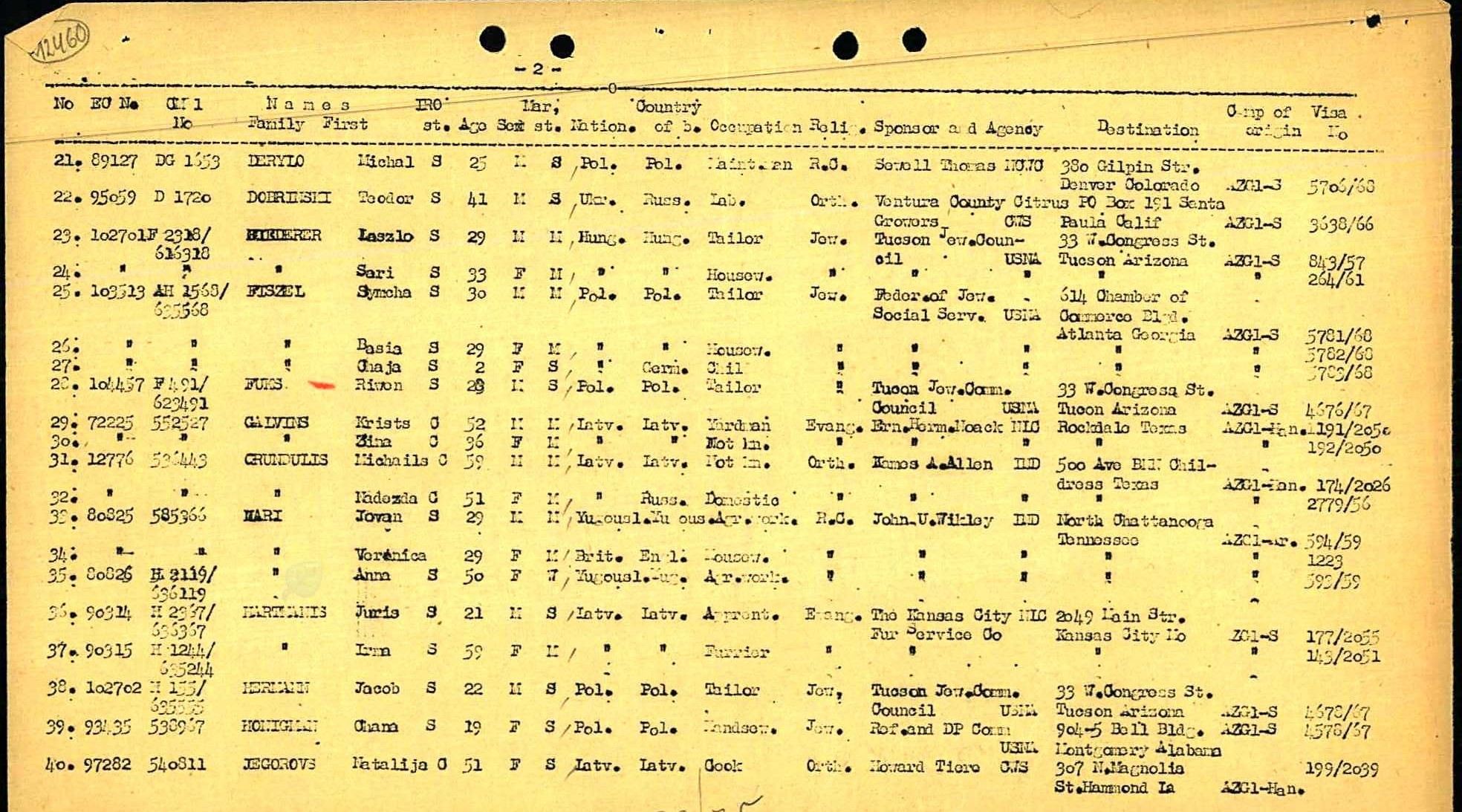 Millions of Holocaust and Nazi persecution-related records, like this one, are now available and searchable for free on www.ancestry.com/alwaysremember. (Ancestry)
Advertisement

Ancestry is the global leader in family history and consumer genomics.

Ancestry, the global leader in family history and consumer genomics, has completed a significant philanthropic initiative to digitize and make searchable millions of Holocaust and Nazi persecution-related records.

Building on its commitment to preserve at-risk history, there are now more than 19 million Holocaust records available globally, for free and in perpetuity as part of the Arolsen Archives Collection. Ancestry also announced on Aug. 26 a new partnership with USC Shoah Foundation to publish an index to nearly 50,000 Jewish Holocaust survivor testimonies that contain information on more than 600,000 additional relatives and other individuals found in survivor questionnaires. Both collections are now available and searchable for free on www.ancestry.com/alwaysremember.

With the 75th anniversary of the end of World War II, combined with the fact that many survivors are now at risk due to COVID-19, it is more important than ever for us to preserve this history and honor the memories of those killed during the Holocaust, as well as the survivors.

“The Holocaust was a shaping event for several generations, but its impact is in danger of being lost. Recent research shows that 66% of millennials have no knowledge of what Auschwitz was,” said Margo Georgiadis, president and chief executive officer at Ancestry. “We have a collective responsibility to those who came before us to preserve this history so future generations can learn from the powerful moments of our past. We are extremely grateful to our partners at USC Shoah Foundation and Arolsen Archives for their help in this ongoing effort.”

Details on the Arolsen Archives Collection

First launched to the public last July 2019, Aug. 26 marks the completion of the Ancestry Arolsen Archives Collection, which has been a multiyear project, culminating with the digitization of a total of 19.2 million records and 1.6 million images.

The Arolsen Archives, which has the world’s most comprehensive UNESCO-protected archive, containing over 30 million documents on victims of National Socialism, granted Ancestry unprecedented access to publish the digital records of parts of these important holdings. Ancestry has since used advanced technology to digitize millions of names and other critical information found within these records.

The collection now has an additional 9 million digital records from the French, British, and Soviet zones of occupation.

“Our partnership with Ancestry is bringing visibility to our unique collection of historical documents about the Holocaust and Nazi persecution,” said Floriane Azoulay, Director of Arolsen Archives. “The ongoing digitization of this collection provides families of survivors and the general public access to discover invaluable documents and records to better understand their relatives’ fate.”

USC Shoah Foundation’s Visual History Archive (VHA) is the largest digital collection of its kind in the world. Currently encompassing 115,000 hours of video testimony, the archive is an invaluable resource for humanity, with nearly every testimony containing a complete personal history of life before, during, and after the interviewee’s firsthand experience with genocide.

The Visual History Archive is digitized, fully searchable, and hyperlinked to the minute. This indexing allows students, professors, researchers, and others around the world to retrieve entire testimonies or search for specific sections within testimonies through a set of 65,600 keywords and key phrases, 1.95 million names, and 719,000 images.

Initially a repository of Holocaust testimony, the Visual History Archive has expanded to include testimonies from the Armenian Genocide that coincided with World War I, the 1937 Nanjing Massacre in China, the Cambodian Genocide of 1975-1979, the Guatemalan Genocide of 1978-1983, the 1994 Genocide against the Tutsi in Rwanda, and the ongoing conflicts in the Central African Republic and South Sudan, and anti-Rohingya mass violence. It also includes testimonies about contemporary acts of violence against Jews.

Ancestry is publishing an index of data from nearly 50,000 Jewish Holocaust survivors whose testimonies are found in the VHA. When searching www.ancestry.com/alwaysremember, visitors will be provided a direct link to VHA Online—a public platform containing the full metadata and a subset of testimony from the VHA.

“Partnering with Ancestry ultimately enables more individuals to explore the life histories of nearly 50,000 Jewish survivors of the Holocaust collected by thousands of interviewers, videographers, and other volunteers and supporters since our founding in 1994,” said Stephen Smith, Finci-Viterbi executive director at USC Shoah Foundation. “We are grateful that Ancestry is providing access to this initial set of metadata and enhancing the discoverability of our archive and this critically important history.”

This collection is also free to everyone and includes records with names, birth dates, death dates, relatives and more for the interviewee and those they mentioned.