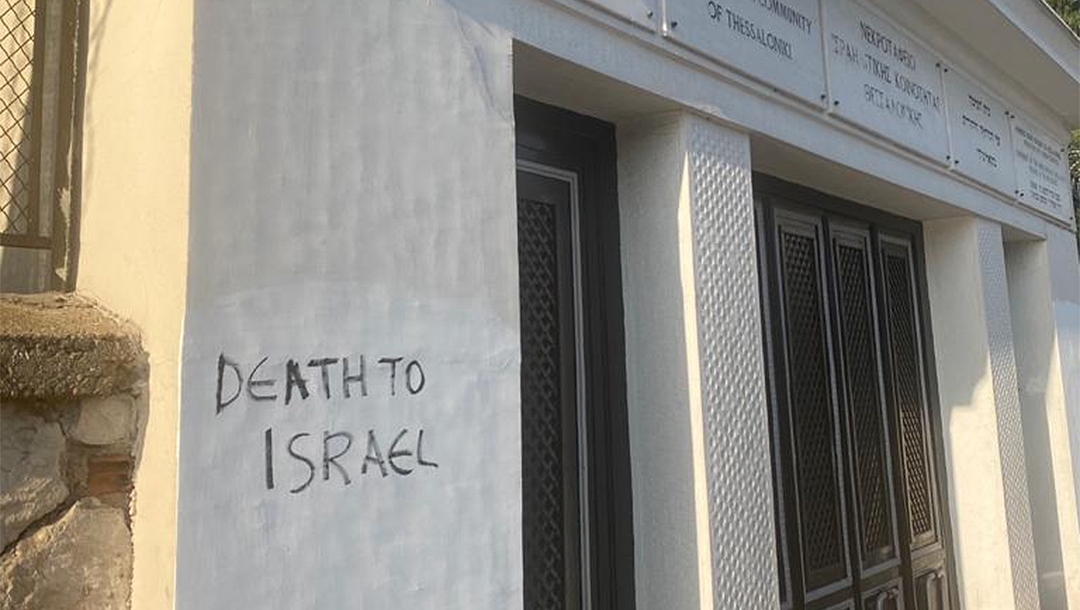 (JTA) — Two Jewish cemeteries and a Holocaust memorial were vandalized in Greece.

The most serious incident, which involved the smashing of several headstones, occurred at the Jewish cemetery on the island of Rhodes on Oct. 11, the Politismika news site reported on Monday.

In a separate incident in the northern city of Thessaloniki on Oct. 16, “With Jews you lose” was painted on a monument for 50,000 of the city’s Jews killed during the Holocaust, according to a report Monday on the Parallaxi news site.

The third incident occurred at the Jewish cemetery in Thessaloniki on Oct. 10. The perpetrators of that incident wrote “death to Israel” on the entrance gate to the cemetery.

“It is clear that despite the steps that have been taken in recent years, there is still much to be done to combat racism and intolerance,” the Jewish Community of Thessaloniki said in a statement.

Earlier this month, anti-Semitic slogans and a Nazi symbol were scrawled on the stone fence of the Jewish cemetery in Nikaia, a southwestern suburb of Athens. The graffiti included the phrase “Juden raus,” German for “Jews get out,” and the symbol of the elite SS Nazi force.

On Oct. 7, the Athens Court of Appeals convicted dozens of the former members of Greece’s neo-Nazi Golden Party, including party leader Nikos Michaloliakos, of belonging to a criminal organization. Michaloliakos and other party leaders were given multi-year jail sentences.